Changing Your Last Name After Divorce? Here’s 5 Things I Wish I Knew

So much emotional weight (dare I say baggage) is associated with something as simple as a name. Afterall a last name is simply a word, a label, just a few letters strung together after your first name.

A name, so simple but so complicated.

Changing my last name back to my maiden name after divorce made me wonder: Would a Rose (or in my case, Seagal) by any other name smell as sweet?  Though my divorce sure did feel like War of the Roses!

In regards to swapping out my last name after divorce, here are a few things I wish the old Mrs. Seagal told the future Ms. Smith.

I wish I could get back those 10+ hours of waiting in lines, phone calls, faxes, notarizing, letter writing, and form-filling.

What I didn’t know didn’t kill me but it really wasted my precious time and drained my energy.  The Social Security office is uber depressing.

Also, be warned that every institution you change your name with wants a fee.  Not huge sums, but enough to be annoying.

Services like Easy Name Change do all the tedious, annoying heavy lifting for you.

There’s enough stress in your life with the divorce and its after-effects, why add more!?

Do yourself a solid and use it, the cost is reasonable and so worth it.  Your welcome!

2. You Can Be Whoever You Want

You do NOT need to return to your maiden name.  You can, within reason, choose to adopt any ol’ name you see fit.

How refreshing and freeing to be the name that YOU chose, not your parents, your spouse, but YOU.  You can freely and willfully choose who you want to be on your new path ahead (metaphorically and figuratively speaking).

What better time for you to do you, with a super awesome last name to match!

And I suggest that if there is a next time, don’t change your name (yet again) for marriage.  I wish I had never changed mine for my first marriage. I mean, I’m not anyone’s property.

I’ve come to believe this custom to be a bit sexist, outdated, impractical, and just not necessary.

I, like many before me, felt reluctant to change my last name after my divorce because then I would have a different name than my children.

I had two, wonderful, sweet (mostly) kiddos who were Seagals.  I love the Seagal name because I love them.

Their father, and the majority of his Seagal clan, not so much.

The original Mrs. Seagal, my now ex-mother-in-law, was (and still is) a serious piece of work. I always loathed the association.

In fact, my greatest fear was becoming her – judgmental, sanctimonious, and nagging.  As much as I wanted to prove my loyalty and devotion to my children, I needed to shed the Seagal name, and fast.

There are other ways, better ways, of showing love for your children than keeping a name that, on you, makes you cringe.

Fast-forward six years later, I am now (happily) back to my maiden name: Smith.  I remarried a Jarvis  but remained Smith, and we have a third child: a Jarvis.  So now we are a crew of Seagals, Smiths, and a Jarvis.  And it’s fine, it’s no big deal.

I used to think that I needed to explain my situation to people, and I’d end up over-explaining.  I found that no one really cares. No explanation is needed.

The situation was way more common than I imagined; blended families and blended names.

The most important thing is that we are a family,  a tight, loving one…three last names and all.

4.  Changing Your Last Name Will Make You Feel Lighter

It will feel like a huge accomplishment and sigh of relief when you finally get your name back (or a new name completely if that’s what works best for you).

Getting my old name back made me feel like I was finally me again (kinda).

It was my final act of severing my miserable divorce (and even more miserable marriage).

The last cord had been cut.  I felt untethered to this person who dragged me down, emotionally and spiritually, for so long.

It was freeing to be Smith again.  Nicole Smith was pretty cool, happy, open-minded, light-hearted, and optimistic.

Nicole Seagal walked on eggshells, was pessimistic, downtrodden, and best used as a doormat.  She didn’t stand up for herself. She was subdued, demure, and not a good example for her children.

I was beyond ecstatic to have Smith back, like a love affair with myself!

5.  You Can go Back to your Maiden Name, But Not to Who You Were, and That’s a Good Thing.

Though she was carefree, whimsical in nature, and laissez-faire, the original Ms. Smith was also an idiot.

I chose to marry a dipshit, verbally-abusive narcissist and I chose so willingly. I was naïve, and too carefree, and too trusting.

Ms. Smith 2.0 is a lot better! In this version, sneaky bastard worms and viruses don’t get through so easily.

I spent six hellish years married to a narcissist.

Read: The Ultimate Guide to Divorcing a Narcissist

I got chewed up and spit back out, but I’m all the wiser for it.

This Ms. Smith respects herself, and knows boundaries; I figured out where I went wrong in my first marriage.

Because I put in the self-work, I earned myself a second chance at life, at being Ms. Smith, at being a better version of me.

Though this version still has lots of work to do, I’ll trudge along wearing my old/new last name like a badge of honor. 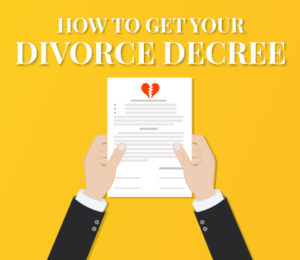 Divorce Decree vs. Divorce Certificate: What are They and Why You Need Them

Prenuptial Agreement – What Is It and Should You Consider It