A divorce can leave you at a loss for words.  Fortunately, even if you’re left speechless, others who have gone through a divorce already can help you find just the right words to express your sentiments.

Below are 101 inspirational divorce quotes to help you get through your divorce. We hope these quotes help you recover, feel less alone, and begin the healing process.

Hang in there. You will get through this.

“All things are difficult before they are easy.”

“Challenge life through the front windshield, not the rearview mirrors.”

“Depth is born of pain. There is a mindfulness, self-awareness, sense of humility and humanity that only comes from the isolation of an open wound to the heart. Those small windows where you walk thru fire alone disconnected from the world, expand your spirit and awaken your soul.”

The best way out is always through

God has a perfect timing for everything. Learn to wait on Him. This brings Him honor, and it brings you peace.

“The soul usually knows what to do to heal itself.  The challenge is to silence the mind.”

“What counts in making a happy marriage is not so much how compatible you are, but how you deal with incompatibility.”

“The art of love … is largely the art of persistence.”

“The worst kind of sad is not being able to explain why.”

“Sometimes the worst place you can be is in your own head.”

“One day, someone will walk into your life and make you realize why it never worked out with anyone else.”

“Divorce is a fire exit. When a house is burning, it doesn’t matter who set the fire. If there is no fire exit, everyone in the house will be burned!”

“Some people think that it’s holding on that makes one strong; sometimes it’s letting go.”

“Do not mock a pain you have not endured.”

“It hurts when you realize you aren’t as important to someone as you thought you were.”

“Divorce is a process, not an event.”

“There’s a difference between giving up and knowing when you’ve had enough.”

“Each divorce is the death of a small civilization.”

“What we wait around a lifetime for with one person, we can find in a moment with someone else.”

“If you have been divorced, you know it hurts – especially if your marriage had lasted many years. Whatever the circumstances of your relationship, and whatever the nature of its ending, there is always grief and regret – perhaps regret over the ending, or perhaps regret over not ending the relationship sooner – or perhaps both. Nonetheless, move past the grief and regret. No matter how painful, divorce, like all endings, opens the door to new beginnings.”

“It’s like you feel to yourself that’s all you deserve. And the worse it gets the more it seems true, that you got it coming to you or it wouldn’t be that way.”

“Being in a relationship should not feel like being in prison.”

“One of the most boring things about being in a relationship is that your partner usually makes their boredom your problem.”

“I don’t know what makes people start wanting each other any more than I know what makes it stop all of a sudden. I just know that when you lose it once, you’ll never take it for granted again.”

“When a relationship dies, you don’t lose it all at once. You lose it gradually over weeks, months, and years—the way a person’s scent slowly fades from an old jacket they used to wear.”

“In college, I had a course in Latin, and one day the word “divorce” came up. I always figured it came from some root that meant “divide.” In truth, it comes from “divertere,” which means “to divert.”

– Mitch Albom, For One More Day

“Treat your relationship
As if you are growing
The most beautiful sacred flower.

Keep watering it,
Tend to the roots,
And always make sure
The petals are full of color
And are never curling.

Once you neglect your plant,
It will die,
As will your relationship.”

– Suzy Kassem, Rise Up and Salute the Sun: The Writings of Suzy Kassem

“When it hurts to move on, just remember the pain you felt hanging on.”

“At some point, you have to let go of what you thought should be happening and actually live what is happening.”

“No relationship is ever a waste of time.  If it didn’t bring you what you want, it taught you what you didn’t want.”

“It’s funny how sometimes the people you’d take a bullet for are the ones behind the trigger.”

“It’s not the load that breaks you down, it’s the way you carry it.”

“No winter lasts forever.  No spring skips its turn.”

“Everything will be okay in the end.  If it’s not okay, it’s not the end.”

“Never argue with someone who believes their own lies.”

It’s time to be happy again.

Have a nice life.  I’m done trying to be in it.

“When people treat you like they don’t care, believe them.”

“The saddest thing about betrayal is that it never comes from your enemies.”

“After a breakup, the loyal one stays single and deals with the damages until healed.  The other one is already in another relationship.”

“It sucks doesn’t it, feeling like you’re not good enough.”

“The shattering of a heart when being broken is the loudest quiet ever.”

“Do not look for healing at the feet of those who broke you.”

Inspirational Divorce Quotes for Him

“What matters most is how well you walk through the fire.”

“All men make mistakes, but only wise men learn from their mistakes.”

“Wronged wives were a law unto themselves.”

“He who cannot forgive breaks the bridge over which he himself must pass.”

“Every man has his secret sorrows which the world knows not, and often times we call a man cold when he is only sad.”

– Public Enemy “He Got Game”

“All men’s miseries derive from not being able to sit in a quiet room alone.”

“Forgiveness does not change the past, but it does enlarge the future.”

“There is one rule, above all others, for being a man. Whatever comes, face it on your feet.”

“OSCAR. Don’t you know what’s happening to the old gang? It’s breaking up. Everyone’s getting divorced….I swear, we used to have better games when we couldn’t get out at night.”

“For the first year or so, you keep the relationship going. Not willing to admit it’s truly over, the both of you keep playing the game. You push her buttons, she pushes yours. Your intimate knowledge of one another, the secrets you once whispered in close moments, are now weaponized.”

“I’m sorry.  I couldn’t hear you over the little voice in my head saying, “what a load of crap!”

“My parents’ divorce was explosive. But as with all things that explode, a clean, flattened area was created. I could see the horizon now. The fights between my parents would be over because they weren’t speaking; the tension in the house would be eased because there was no house. The canvas was now clean.”

“It’s fine to celebrate success, but it is more important to heed the lessons of failure.”

“It’s hard to beat a person who never gives up.”

“Only take advice from someone you want to trade places with.”

“The best revenge is massive success.”

“Divorce is an epidemic that causes as much pain as any disease.”

“Sometimes, the best reason to let go of a toxic relationship is because your child is watching.”

“For every minute you are angry, you lose 60 seconds of happiness.”

“For a man to conquer himself is the first and noblest of all victories.”

“Insanity: doing the same thing over and over again and expecting different results.”

“What we fear doing most is usually what we most need to do.”

“Change your thoughts and you change your world.”

“I am the master of my fate: I am the captain of my soul.”

“Don’t hide your scars, they make you who you are.”

Inspirational Divorce Quotes for Her

“Life is a series of reboots.”

“I love to see a young girl go out and grab the world by the lapels. Life’s a bitch. You’ve got to go out and kick ass.”

“I played possum. I did this, as the possum does, out of fear.”

“The man who leaves you is simply clearing the way for the one you deserve.”

“When people divorce, it’s always such a tragedy. At the same time, if people stay together it can be even worse.”

“Never argue with an idiot. He drags you down to his level and beats you with experience.”

“Loneliness and the feeling of being unwanted is the most terrible poverty.”

“If you obey all the rules, you miss all the fun.”

“I used to hope that you’d bring me flowers. Now I plant my own.”

“Life shrinks or expands in proportion to one’s courage.”

“Just another of our many disagreements.  He wants a no-fault divorce, whereas I would prefer to have the bastard crucified.”

“Only choose in marriage a man whom you would choose as a friend if he were a woman.”

“The question isn’t who’s going to let me; it’s who is going to stop me.”

“Some women choose to follow men, and some choose to follow their dreams. If you’re wondering which way to go, remember that your career will never wake up and tell you that it doesn’t love you anymore.”

“The difficulty with marriage is that we fall in love with a personality but must live with a character.”

“It takes two to destroy a marriage.”

“A woman is like a tea bag – you never know how strong she is until she gets in hot water.”

“I never dreamed about success. I worked for it.”

“It is better to light a candle than curse the darkness.”

“Letting go doesn’t mean that you don’t care about someone anymore. It’s just realizing that the only person you really have control over is yourself.”

“In your hesitation, I found my answer.”

“What would men be without women? Scarce, sir…mighty scarce.”

“Even the jerks earn some of our affection. We can be glad they’re gone and yet still mourn the good parts.”

“Divorced men are more likely to meet their car payments than their child support obligations.”

“Losing a mate to death is devastating but it’s not a personal attack like divorce. When somebody you love stops loving you and walks away, it’s an insult beyond comparison.”

“A divorce is like an amputation: you survive it, but there’s less of you.”

“It was amazing the things a person could get used to when they really had no other choice.” 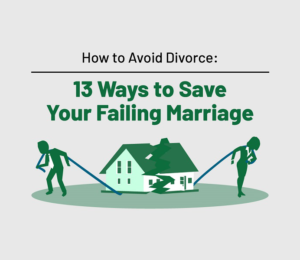 How to Avoid Divorce: 13 Ways to Save Your Failing Marriage 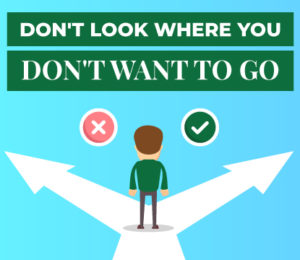 Don’t Look Where You Don’t Want to Go 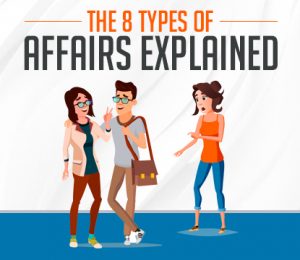 What are the Types of Affairs?