Getting a divorce later in life is on the rise.

According to a 2017 study by the Pew Research Center and backed by data from the National Center for Health Statistics and U.S. Census Bureau, divorce for people who are 50 and older has doubled since 1990.  The news is even less encouraging for people 65 and older where the divorce rate has tripled since 1990.

Despite these increases, the divorce rate for couples younger than 50 is still double what it is for adults 50 and older.

There’s no single overriding reason why people get divorced later in life.  Studies and research indicate that no matter the reason, it is rarely made impulsively.  Many times, it has taken years to reach a decision that is well reasoned and well thought out.  Most marriages don’t usually just blow up. Think of a late-in-life divorce like a balloon that slowly keeps seeping out air for a long period of time.  After a while, the balloon, like a marriage simply ends up totally deflated.

One of the most commonly cited reasons is that one spouse wants freedom.  It could be to pursue their own interest or to finally enjoy their own independence in the remaining years of their lives.  Often times, relationships fall into certain patterns of control and while people change, the amount of control exerted on them does not.  This produces a chafe that eventually leads to a desire for more of a personal choice.

Another reason cited is that women who are homemakers grow tired of taking care of the house, children and the bulk of familial duties.  Men, on the other hand, grow tired of working to support wives they feel do not appreciate them and children who do not respect them.  That lack of emotional support and acknowledgment can create a void that must be filled for a relationship to continue to be healthy.

When children leave home, it can also create the void of an empty nest.  Without the ongoing day-to-day activities associated with caring for a growing family, the buffer between parents can be removed.  It’s not long before people realize that the person they fell in love with so many years ago is not the same person who stands before them now.  Common interests have been buried in favor of raising a family and instead of rekindling those common interests, they simply fade away.

Another obvious reason for gray divorces is that one spouse can meet someone else, fall out of love with their partner and in love with someone new.  It’s common at any age.  And for many people, they’re willing to take a chance that the grass is indeed greener on the other side of the fence.  Adultery borne of a dying lack of intimacy in a marriage is viewed as a chance to rediscover something that was once central to a marriage and a biological drive that may diminish over time but is still central to the human psyche.

In broad terms, divorce is more acceptable than ever before.  Because it is easier to get, divorce is more socially acceptable than it was in years past.  Almost half of all marriages end in divorce, and while it may come to a shock about certain couples in social circles, the fact is that the stigma of a divorce carries little of the weight it did just a generation or two ago.  Fueling this is the fact that with more women in the workforce than ever before, both men and women are more financially able to make such a big change in their lives.

People are also living much longer than before and they are healthier and more active in their later years, working and taking on new challenges after 50.  Some people remain ambitious while others choose a more relaxed path in life.  Your values change as you age, and the things you wanted at 25 will not be the same things you’ll want at 55.  Often there was a shared vision at a younger age, but those values and goals can grow apart and distinct over the years.  This change in culture also fuels another reason for divorce later in life.

Retirement is supposed to be a time of great happiness but for many people, it is also a loss of identity that can lead to depression.  Couple that with the fact that spouses who have spent limited time with each other over the years now find themselves with way too much time together.  In its own way, retirement can actually add stress to a marriage if a couple does not continue to define their own separate existence to a healthy degree.

Speaking of health, as crappy as it may sound, when one spouse experiences health problems later in life, a healthy spouse may not be able to fully cope with being a high-level caregiver.  That can drive a wedge into a marriage, one that can lead to separate paths.  Mental health is also a concern as well.  Although it is sad to say, Alzheimers and other similar conditions can tear at the emotional fabric of a marriage and lead to a parting of the ways as well.

The implications of getting divorced later in life

Some things are common to all divorces no matter how long you’ve been married.  But the longer you’ve been married, the more you see yourself as a married person and that means processing a divorce from an emotional standpoint can be much more difficult.

One of the more common emotions associated with divorce is guilt.  With a long-term marriage, your other relationships are going to be more long-term as well, and the level of guilt you might encounter could be much more intense.  Guilt can get the best of you if you let it, because we translate it to mean that we haven’t lived up to our own standards and values as a spouse or as a family member.  But once you can acknowledge guilt you can begin to heal from it.  Accepting guilt may be a normal reaction to what you’re going through and seek support from friends and family who can help you talk things out.

Overall, you will probably experience a wide range of emotions, including anger, fear, uncertainty and other similar feelings.  Because you are older, you have been through more things in your life and so you might be better equipped to handle these emotions.  The worst thing you can do is ignore or suppress them.  Processing the emotional side of divorce is a process as unique as you are.

It may be exceptionally difficult, but you must not wallow in these emotions.  Mourn the loss of your marriage, but also move forward with your life.  Be good to yourself by getting enough exercise, eating the right foods, and not shutting yourself off from the outside world.  Quiet times can be the worst.  You replay all the “what if’s” and “how comes” and while some of that is normal, too much will crush you.

Just as critical is the need to take care of your financial well-being.  When you divorce later in life, you could experience a lot of monetary upheavals with the division of your assets, the possibility of paying alimony and child support, and supporting yourself with a job, which can be especially tough if you’ve been a homemaker for much of your life.

You must budget for everything, be prudent in your approach to your nest egg and consider hiring a financial professional to help lay out the best possible options for your situation.  Keep in mind that your emotions may heavily influence your decisions, and not in a good way.

Getting impartial third-party advice could be a financial lifesaver for you.  As part of this process, you need to think about what’s important you at this stage in your life, set priorities and create a financial plan that will address your remaining working years and how to best navigate through retirement.

As anyone who has done it knows, job hunting is never easy, but job hunting when you’re over 50 can be especially challenging.  The invisible wall of age discrimination exists and you’ll have to perhaps compromise in the name of providing stability for yourself at a time when you need it most.

Another major issue you’ve got to deal with is your new living arrangement.  Older couples have many times lived in the same home for several years, and in a divorce, the house is among the largest of all assets to be divided.  You can trade off staying in the house by giving up other assets, such as a smaller amount of a pension to which you might be entitled.  But you also need to consider if staying in the family home is the wisest thing to do.  So many memories may now be tarnished and that can create some horrible emotional baggage for you.  Despite emotional attachments that you may be experiencing, sometimes it’s just best to start fresh by living somewhere else.

Like it or not, everything comes to an end at some point or another.  Change is hard and in the case of a long-term marriage, divorce can be especially difficult to deal with.  It takes courage to end a marriage because there are so many unknowns, but ultimately whether you are the initiator or you must react to the other spouse’s actions, it will take some time to move on.

Find support where you can, understand that you are entering a new chapter in your life, and be ready to make decisions that will propel your life forward in a positive way.

Looking for more great tips to help you get through divorce? Here are a few of our favorite resources:

Jason Crowley, CFA, CFP, CDFA is a divorce financial strategist, personal finance expert and entrepreneur. Jason is the managing partner of Divorce Capital Planning, co-founder of Divorce Mortgage Advisors, and founder of Survive Divorce. You can email him at jason@survivedivorce.com. 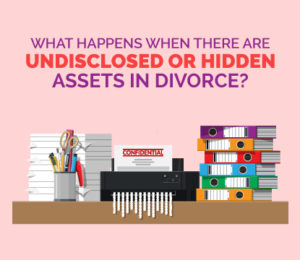 What happens when there are undisclosed or hidden assets in divorce? 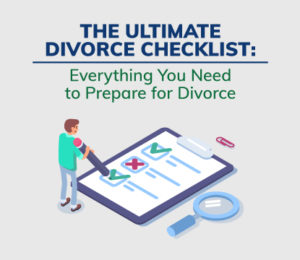 The Ultimate Divorce Checklist: The Information You Need to Prepare for Divorce 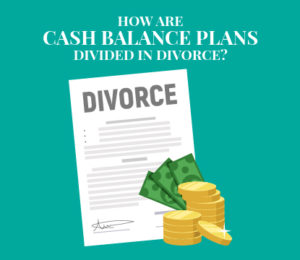