Who to Blame for Your Divorce

Divorce is a real mind fuck.

Forget all the parts about money.  Forget all the practical parts that tear your life apart.  You know, stuff like living separately from your children.  Moving to someplace new.  Eating alone.  Putting on a good face for people still in your life.

All the things that you learn to cope with over time.

But until you can make sense of what happened, why it happened and the forces that caused it to happen, you’ll never really heal so you can truly move on with your life.

And in a divorce, there’s plenty of it to go around.

If you’re angry, you attach more blame to your ex.

If you’re being honest with yourself, some of that blame might fall on you.

I don’t care what your situation was.  It takes two people to make a bad marriage.

The level of blame is going to vary.  If there’s domestic violence, then it’s pretty much all on the other person.  But if you stick around once the violence starts, you have to take some of the blame for not being good enough to yourself and every necessary step to get out of the house and get out of your marriage.

Harsh words, I know.  But as an adult, you have certain privileges afforded to you.  You have certain responsibilities, too.  But that also means you’re accountable when you come up short and need to share some of the blame as well.

Sometimes, you let little nagging things slide.  Like not kissing your spouse goodbye when you leave for work in the morning.  Or keeping a sloppy house, especially when you know that drives your spouse crazy.  Or battling for the remote when you’ve agreed to spend the evening together with a bit of Netflix and chill time.

Small wounds bear small scabs.  But small scabs, when not cleaned and treated, can become infected.  And that can lead to bigger problems.

You probably know when you’re “getting away” with less than stellar behavior.  Chances are, you start to not care if there are things your spouse does that make you feel like they’re coming up short in the effort department, too.

Who’s turn is it to change the stinky diaper?  Did you forget to bring home milk when you went to the grocery store?  Did you leave toothpaste splashes on the mirror after a good teeth scrubbing last night?  Small scabs.  Multiplied.  Equal big scabs over time.

If the person you married is not the same person now, that’s normal.  Everybody changes over time.  It’s kind of a mandatory “life” thing.

Sometimes, one person gets a good job, has the chance to travel, gets industry awards and accolades.  Meanwhile, the other spouse has a very nice, but average, career.  Little challenge.  Little chance for advancement.  But they get locked in.  Because habits are safe.

Change is hard.  And risky.

Even if home life is satisfying, you can get pulled in a lot of different directions.

That’s exponentially harder when you add in children.

We love our children.  Being a parent is the best job in the world.

It’s also one of the hardest.

You have to redirect your energy.  Your emotional resources and focus change.  Finding balance can be done if you’re smart and savvy about it.

And you limit your social media!

Social media is the great relationship wrecker of our time.  When you compare other people’s greatest hits against your own mundane life, you’re going to make yourself pretty damn unhappy unless you’re a very stable and centered person.

Unfortunately, there aren’t enough of you out there.

I’ll have more to say on social media and your relationships another time.

Just know, that too much of it is unhealthy.

With all the layers you add in your life over time, it’s easy to see why your relationship can suffer.  Some people retreat into Mommy and Me, the PTA, Sunday football with the guys, coaching your kids’ sports teams, and others as a way to feel fulfilled.  But sometimes, you forget the core relationship.  The “until death do us part” relationship.

Are you guilty of neglect?  Perhaps.

Is there blame you need to own?  Perhaps.

Do you care enough to readjust priorities when you realize your life and layers are out of whack?  I can’t answer that one for you.  You need to be honest with yourself.

Blaming yourself is infinitely harder to do than blaming your spouse for the demise of your marriage.

Unless you’re cold-blooded about the whole idea of a divorce, it’s part of the hard work you have to do.  I get that you want to build a wall around your emotions.  But unless there’s a door in that wall, you’re going to walk around with a fucked-up attitude for a long time.

Mea culpa works wonders if you let it.

This is not to say there aren’t marriages that descend into divorce where nobody is really at fault.

How can that be?

In some cases, time and time alone is the culprit.

If you got married early in life, then you aren’t going to be the same person you are in your 30s, 40s, or beyond.  Life comes at you a million miles an hour.  You withstand some of it, but other parts change you.

You get passed over for a big promotion at work.  You’re in a car accident and are laid up for weeks and months while you recover.  You finally get fed up with guys hitting on your beautiful wife and her liking it a wee bit too much.

You get a sense that your life clock is ticking.  Your time on this earth is no longer infinite.  You are no longer Superman, able to leap tall buildings and tall problems in a single bound.

Time messes with your mind.  And that means time can mess with your relationship with your spouse.  In a healthy marriage, you can probably separate out the two.  But if your marriage is wobbly, they’ll get tangled up like two bobcats in heat.

Do you take the blame for that?  Yup.  You need to.

The question is if you’re the one who the meanness has been heaped upon, do you forgive and forget?  Or do you forgive and remember?  I’ve seen people carry around anger for stuff that happened 10 or 20 years ago.  Anger may have been valid at the time.  But over time, carrying that anger becomes a crippling emotion.

Instead of dissipating, that anger builds.

And sometimes, it comes out like a volcanic flow of anger.  Violently.  All at once.

Your spouse, who may have been on a pretty good run recently, is going to feel totally ambushed.  And confused.  And probably will get angry too, given time.

So, the question is, do you need to own that blame?  Or is it just delayed payback?  Is it the triggering event that leads to open divorce warfare?

Like I said, divorce is a real mind fuck.

In an unfulfilled life, there has to be a graph somewhere that charts time on the X-axis and desperation on the Y-axis.

As you get closer to your final breaths, you inevitably ask, “Is this all there is?  Is this really what I signed up for?  Is that damn grass greener somewhere else?”

Apparently, a lot of you think so.  Otherwise, our divorce rate in America wouldn’t be pushing close to 50 percent.

If you doubt me, just check the stats for “grey divorce” related to people parting ways after 50 years old.  It’s rising, and fast.

In some cases, time and circumstances are to blame.

You can call this a cop-out if you’re in a happy marriage.  But if you’re not, a ticking clock can be a real motivator to cut your losses and move on.

If your marriage is stuck in a rut, and many marriages are, then you may find yourself agreeing with the old adage that defines insanity.  You know it.  You’ve heard it.

Insanity is doing the same thing over and over again and expecting a different outcome.

He always used to hold my hand in the store.  She always used to curl up close watching scary movies together.  He was happy to eat Japanese, even though I know he hated raw fish.  She used to always have my favorite cold beer waiting for me in the frig on game day.

There are also those among you who will be more philosophical about pointing the finger of blame.

It’s meant to be.

Call it what you want.

The sad part is, sometimes, things just run their course.

So, who do you ultimately affix blame to when a marriage fails?

The real answer is…

In the end, it doesn’t really matter.

You can carry that heavy baggage of blame around for the rest of your life.  You’ll literally knock yourself out banging your head against a wall trying to come up with answers to, “who, what and why?”

You can rationalize, legitimize, compartmentalize, and traumatize yourself ‘til the end of your days.

Or you can let go of blame. 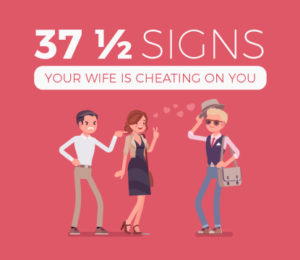 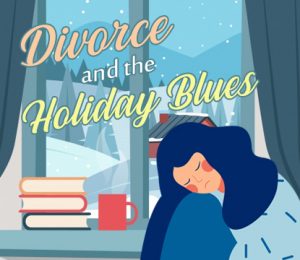 Divorce and the Holiday Blues 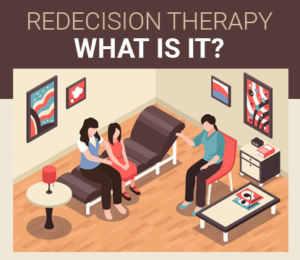