Common Law Marriage in Alabama: What You Need to Know

May. 16, 2022
Survive Divorce is reader-supported. Some links may be from our sponsors. Here’s how we make money.

What is common-law marriage and is it recognized as a valid marriage in Alabama?

That’s an important question if you haven’t officially tied the knot.

As you’ll learn, the answer has far-reaching implications. With that, let’s dive in.

What is a common-law marriage?

Common-law marriage can exist when a couple meets certain requirements but does not go through the formal process of a ceremonial wedding or has their union recorded by a state or religious registry.

The recognition of common law marriage has continued to diminish in recent years.

Only a handful of states still recognize common-law marriages today.

In a few other states, common-law marriages are recognized if you entered into one before the state laws were changed, such as in Alabama.

Due to a change in state law, Alabama will recognize common law marriages that began before January 1, 2017.  Only ceremonial marriages occurring in the state will be recognized after that date.

This means Alabama now requires couples to get a marriage license and to have the marriage performed by a religious or civil officiant who has the legal authority to perform weddings.

The reason for the change in the law had to do with many of the vague issues that come up when a common law marriage ends.  Some people will claim they were in a common law marriage to gain a settlement advantage (alimony, division of assets, etc.), and untangling the relationship can be problematic for a lot of courts.

Related: The Definitive Guide to Divorce Laws in Alabama

Does Alabama recognize common law marriages that were established in other states?

This also means that Alabama couples who entered into a common law marriage before January 1, 2017 will have their marriage recognized by other states if they move.

What do you need to show to establish a common law marriage in Alabama?

In Alabama, you need to demonstrate four elements for a valid common law marriage:

there is no set minimum amount of time that a couple must live together for a common law marriage to be valid in Alabama.

If two people are just friends and living together, they don’t have a common law marriage. Marriages are based on intimate and romantic feelings that are absent from friendships.

What is meant by “capacity to marry”?

There are several things that define a rightful capacity to marry in Alabama:

Even if you don’t have the capacity to marry when you start living with someone, you can still end up common law married.

This could happen if you start living with someone before your divorce to another person is finalized, or you are younger than 19.  You could also gain the capacity to marry if you move in with someone who is still married, but their spouse passes away while you’re living with them.

Here are some of the common law marriage myths to know about.

No, not true.  A couple must also present themselves as husband and wife to the community.  They might refer to themselves as married in public.  The woman might assume the man’s last name.  They may also file a joint tax return, among other elements of marital evidence. The spouses also have to live together and have a sexual relationship.

Myth #2.  Property bought by a common law spouse is considered a marital asset and will be split accordingly in a divorce.

The right to divide family assets are only granted to legally married couples.  If a common law spouse is the sole owner of a shared residence, then he or she can sell the property without the other common law spouse’s consent, and without needing to split the proceeds.

Think about buying a home or refinancing under a co-ownership agreement if you’re in a common law marriage.  In that case, both partners will be legally protected and enjoy the benefits that come with the home’s increased value.

Myth #3.  Common law parents must each adopt any child they have together.

When children are acknowledged by the parents in a common law marriage, they are considered legitimate and no adoption is necessary.

Common law parents have the same obligations as any other parent.  Children from common law marriages also have the same rights as those born from a legal marriage.

Children from common law marriages are considered legitimate and no adoption by either parent is necessary.

Myth #4.  If a common law spouse dies, the surviving partner automatically inherits or all assets.

Not necessarily.  You may be able to claim an inheritance, but you will probably be required to show you have a valid common law marriage.

A few pros and cons of common law marriage

Common law spouses still enjoy the full benefit of Alabama’s family court laws and rules.  They have all the same rights and responsibilities regarding the division of property, spousal support, and custody just like any other married couple.

Having children out of traditional wedlock is now much more acceptable than in years past.

When it comes to Social Security benefits, you’ll have a much stronger case for survivor benefits in a common law marriage than if you’re simply cohabitating.

A valid common law marriage can include the right to make medical decisions for a disabled spouse, the right to a formal divorce and the ability to inherit a spouse’s property.

Alabama recognizes common law marriages that were entered into from other countries.

When common law marriage can’t be clearly established, it can be difficult for one spouse to collect benefits or other incentives.  If you can’t officially show you’re married, you may wind up with nothing.

If you are in a legally recognized common law marriage, you can’t simply walk away from the relationship.  You must either get a divorce or have one spouse pass away to officially end the relationship.

Because children have the presumption of legitimacy in a common law marriage, they are considered an employee’s dependents for purposes of health insurance coverage.

Children in a common law marriage are considered an employee’s dependents for purposes of health insurance coverage.

In some cases, a signed affidavit from an employee will be needed to recognize the common law marriage before enrolling a common law spouse on the health plan. Employers may also want additional proof, such as joint tax returns, a joint mortgage or lease or other similar vehicles that demonstrate proof.

Covering your rights and your relationship with a contract

If you don’t live in a state that currently recognizes common law marriage, including Alabama, or if you’re a same-sex couple, you can protect your interests by entering into a contractual agreement with your partner.

This is a lot like a prenuptial agreement.  You agree to certain specific rights and obligations as part of the contract.  You can set up many of these as if you were a married couple.  You can also prevent court battles at a later date from a partner who thinks they are entitled to certain assets (i.e. your pension, alimony) when you clearly don’t want this to be the case.

Is there a common law divorce in Alabama?

There is no such thing as a common law divorce in Alabama or any other state for that matter.  A common law marriage doesn’t end any differently than a regular marriage does.

You must go through a formal divorce process as you would need to do if you had entered into a traditional marriage.  Your marriage will also end when one of you passes away.

Learn More: A Guide to Getting a Divorce in Alabama 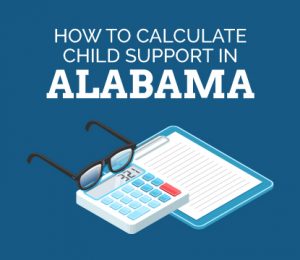 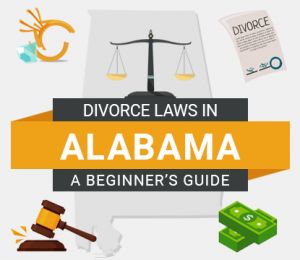 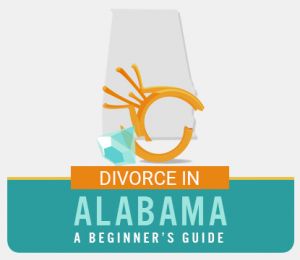