Can Divorce Cause PTSD?

Stressful life events and conditions are directly linked to PTSD. According to the Social Readjustment Rating Scale (SRRS), the death of a loved one is at the top of this list, followed closely by divorce which some people equate to the death of a relationship.

In some cases, PTSD will cause divorce. In other cases, divorce will lead to PTSD. In both cases, the link between the two is clear.

If you’re experiencing PTSD, understanding the causes and determining the suitable courses of treatment are critical to healing.

Here’s a closer look at the relationship between PTSD and divorce.

PTSD has been linked to battle fatigue or combat stress for decades. However, it wasn’t until 1980 that the condition was officially recognized as a mental health issue.

Since that time, instances of PTSD have expanded far beyond battlefield-related causations. Evidence suggests that PTSD or symptoms of the condition can be triggered by a variety of other individual stressors, including serious accidents, being a victim of a physical criminal act, or other deep-rooted emotional experiences.

As defined by the Diagnostic and Statistical Manual of Mental Disorders published by the American Psychiatric Association, PTSD is a trauma and stress-related disorder resulting from “exposure to actual or threatened death, serious injury, or sexual violence.”

This includes directly experiencing, witnessing, or learning the traumatic event that occurred to a close family member or friend.

In clinical terms, to diagnose PTSD, additional criteria must also be present:

Many people who have PTSD also try to numb themselves with drugs and alcohol. Some also turn to gambling and pornography.

In marriages where PTSD is already present, the toll can be devastating. For example, a 2005 Pentagon study showed that the divorce rate among Iraq and Afghanistan veterans with PTSD rose to almost 80 percent.

In cases where PTSD is not present in the marriage, several studies have found that many people manifest the symptoms typically associated with PTSD after divorce.

Divorce can trigger feelings similar to those who have experienced military combat, rape or assault, natural disasters, or other life-threatening scenarios.

After a divorce, people have reported experiencing flashbacks, night terrors, or troubling thoughts associated with their marriage or divorce. These symptoms are often reinforced daily due to constant reminders of the past and can lead to related mental illnesses such as anxiety and depression.

There is some disagreement in the medical community about whether or not divorce causes PTSD. This centers on the definition of PTSD, which says that there must be a life-threatening situation or a threat to bodily integrity for the condition to be diagnosed.

What PTSD Symptoms Do Divorcees Experience?

In some cases related to PTSD and divorce, researchers may refer to those symptoms as “post-dissolution PTSS” or post-traumatic stress symptoms.

In these instances, a person may re-experience thoughts or dreams about their marriage’s dissolution or how they attempted to cope or avoid negative parts of their relationship.

These can be particularly intense if a divorce was ugly, drawn-out, expensive, and had a significant impact on a person’s lifestyle and social standing. Debilitating anxiety symptoms can lead to PTSD and persist when those negative feelings become deeply embedded into a person’s subconscious mind.

Other things likely to trigger PTSD following a divorce can include physical, emotional, or financial abuse with a spouse or if PTSD already existed due to other trauma.

Some divorcees also already had other underlying mental health disorders that can trigger PTSD. The likelihood of PTSD is also higher if a person is socially isolated or does not have an adequate circle of support.

How Can I Deal with PTSD and Heal from Divorce?

If you suspect something you’re suffering from PTSD, listen to your gut. There’s a good chance you’re probably right.

The first thing you must do is find the courage to reach out and get help.

In general, therapy has proven to help people with PTSD no matter what the root cause, including people going through a divorce.

If you’re experiencing any of the symptoms we’ve already mentioned, it’s better to take matters into your own hands as soon as you can so that you can start the healing process.

If you’re depressed or suffering from anxiety, know that taking this first step will be monumentally hard. Isolation, another devastating symptom of PTSD, also compounds the difficulty.

However, once you are aware of these challenges, you are better equipped to face them.

How to Treat Post-Divorce PTSD

One of the most effective forms used to treat post-divorce PTSD is cognitive-behavioral therapy. Healing does not take place in one or two sessions. It takes time to unwind the complex thoughts embedded in your psyche. Recovering from PTSD takes time.

PTSD is considered a chronic condition, so understand that you need to give yourself the time and space you need.

Four SSRIs/SNRIs that are recommended for PTSD:

Other medications are sometimes used, but these are widely recognized as the most effective for treating PTSD.

Support groups may be an option, not only for someone who has PTSD but also for others who may be caught up trying to help someone while they recover. At the very least, friends and family members should familiarize themselves with causes, symptoms, and ways to support a loved one in the throws of PTSD after a divorce.

If you have PTSD, it also helps to engage your brain in other activities. Take up a hobby or catch up on all the books you’ve been meaning to read. You can’t think about PTSD as much when your brain is busy with other kinds of stimulation.

Also, be sure to get plenty of exercise and eat healthy. When you take care of your body, you’re also taking care of your brain and emotional well-being.

Overall, the key is to be realistic and patient and let the healing process play out.

As difficult as it may be, if you’re experiencing PTSD after a divorce, give yourself credit for recognizing that you need help. Then, take steps to put yourself on the path to recovery.

It’s not easy, but with a dedicated and sustained approach, you will heal from PTSD and move forward to lead a happier and healthier life. 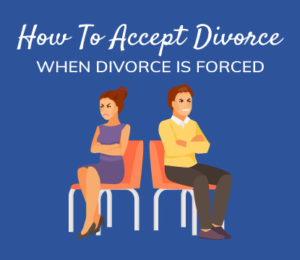 How To Accept Divorce 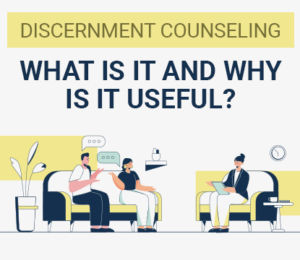 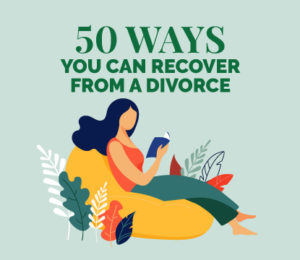