Learn about child custody laws in Kentucky and how courts decide and modify custody orders.

Jul. 3, 2022
Survive Divorce is reader-supported. Some links may be from our sponsors. Here’s how we make money.

If you’re going through a divorce in the Commonwealth of Kentucky and you have minor children, one of the issues you’ll need to decide is child custody. In this article, we’ll cover all the key details you need to know.

What are the Types of Child Custody in Kentucky?

Physical custody refers to the parent responsible for a child’s physical care and control on a day-to-day basis.

Legal custody is the right to make crucial decisions on behalf of a child regarding education, culture, religion, and health.

Both of these types of custody can be temporary or permanent. Temporary custody is generally awarded to one parent during paternity or divorce proceedings.

Temporary custody usually leads to a contested hearing in front of a judge, with witness testimony and other evidence. After the hearing, a judge may decide to give permanent custody to one or both parties as part of a larger divorce settlement.

Custody can also be sole or joint custody. As these terms imply, sole custody gives authority to a single parent. Joint custody means that both parents will share in terms of a custody agreement.

Read More: How to File for Divorce in Kentucky

How is Kentucky Child Custody Determined?

A custody case should be filed in a child’s “home state.” For Kentucky to be seen as the “home state,” a child must have lived in Kentucky with a parent for at least six months in a row right before you file the case.

If a child is under six months old but was born and lived here since birth, that makes Kentucky their “home state.”

In all cases, Kentucky judges must consider a child’s “best interests” when determining how to allocate custody.

Kentucky child custody law requires judges to begin all custody hearings with a presumption that joint custody is in the child’s best interest. Courts also prefer that parents work together to create a plan that is fair and does meet the best interest standard. However, many times parents disagree.

This can create a situation that could be helped by mediation. Mediation means involving a neutral third party to help negotiate an acceptable agreement.

Following the hearing, a judge will issue a final order. This becomes a binding legal document that both parents must follow.

In most cases (absent substance abuse, domestic violence, etc.), all parents have a constitutional right to care for and control their children. If the court awards custody to one parent, the court will typically award the non-custodial parent visitation with the child.

Many Kentucky child custody courts have a standard parenting time schedule that might be used in your order.

The court can’t deny a parent visitation except after a hearing. Judges only suspend or deny visitation if the court finds it would seriously endanger the child’s physical, mental, moral, or emotional health.

A judge could order supervised parenting time. This means the parent can only see the child when the person supervising is there too. The supervisor could be a friend, relative, or another person the judge chooses.

What is the Uniform Child Custody Jurisdiction and Enforcement Act?

The Uniform Child Custody Jurisdiction and Enforcement Act (UCCJEA) is a federal statute that decides when Kentucky child custody courts can make and change “child-custody determinations.” It does not apply to child support cases.

If there is a custody order from another state, that state has “exclusive, continuing jurisdiction to modify.” Even if the child moves to a new home state, the custody order can’t be changed unless the original state loses jurisdiction or doesn’t enforce it. This usually happens when the noncustodial parent stays in the original state and the custodial parent and child move away.

Kentucky child custody courts place the “best interests of the child” above all other determining issues when deciding a child custody case. To help make these decisions, the court may appoint an evaluator or a Guardian ad Litem to advocate for the child.

In this context, a judge must consider all of the following relevant factors before issuing a custody recommendation:

What is a Kentucky Child Custody Parenting Plan?

Kentucky courts are somewhat vague as to what goes into a parenting plan. In general, a good agreement will contain:

Parents can create a plan individually or cooperatively, but when they can’t reach an agreement, the court will step in and decide for them. When a court gets involved, it can employ invasive actions such as investigating both of you, questioning your friends and neighbors, and even questioning your children.

In some cases, it might be wise to get help from an experienced family law attorney to draft a viable plan.

Modifying a Custody or Visitation Order

Family life situations often change, which can impact how child custody orders are implemented. When changes meet a standard, either parent can petition the court to modify a custody or visitation order.

As a rule, the court favors stability, and Kentucky law requires that parents wait at least two years after the initial order before requesting a modification. It’s possible to get around this restriction if you can prove the child’s present environment may endanger their moral, emotional mental and physical health.

The parent requesting a modification must demonstrate to the court there has been a change of circumstances that make the current orders ineffective. For example, this may mean a parent’s job situation has changed, one parent has become chronically ill, or a parent wants to move to a different part of Kentucky or out of state.

To change a custody order, you must file a Motion to Modify Custody Order and file in the same court that gave you the original custody order. The judge will set a hearing date at which time the parent requesting the change will present evidence and witnesses to support a modification claim.

Can a parent who committed violence get custody or visitation?

Under Kentucky law, a family court judge is generally supposed to assume that joint custody and equally shared parenting time are in the child’s best interest. That standard can change quickly if a domestic violence order is issued or was issued against one parent by the other in the custody hearing.

If the judge determines there was domestic violence, but that parent should still have visitation, an arrangement will be created that would not seriously endanger the physical, mental, or emotional health of the children or the abused parent.

Typically, yes.  Custody and support are separate issues. Support is based on parents’ incomes, and the time a child spends with each parent will influence the custody amount.

For example, even if joint custody is in place when one parent makes significantly more income than the other, they may have to pay child support.

In some cases, the court may consider a child’s preferences, but they are not obligated to grant preferences. Generally, the older or more mature a child is more likely to carry more weight. Ultimately, the judge must decide what’s best for the child.

Does Kentucky favor mothers over fathers in custody cases?

The courts must be gender-neutral when determining child custody cases in Kentucky.

Do grandparents have visitation rights in Kentucky?

Under the Kentucky unfit parent law, when a parent is unfit to care for a child, a nonparent can step in to provide care and love by proving the unfit claim.

Grandparents can be de facto custodians, but they can also file a petition to establish grandparent visitation. The court will then determine if it is in the child’s best interest to order such visitation.

Can a custodial parent move to another part of Kentucky or out of state?

If a joint custody order is in place and either parent wants to relocate, they must file a written notice with the court and have it served on the other parent. If the parents do not agree to the relocation, either parent can file a motion for change of custody or time-sharing within 20 days of the notice of relocation.

If both parents agree on the relocation, they can modify the time-sharing agreement and file an “agreed order” with the court. If not, the court will hold a hearing and base its decision on the child’s best interests. If the parent who wants to move can’t prove that the move is best for the child, the judge won’t let it happen.

If a parent asks to move, the judge considers:

Can a parent refuse to allow visitation by the other parent if child support payments are in arrears?

No. Parenting time can’t be used to enforce child support. You can take other actions if your child’s parent is behind on their child support payments. If you deny visitation, you’ll violate a court order, and you could face legal consequences. 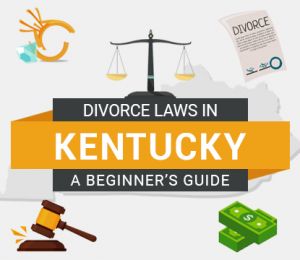 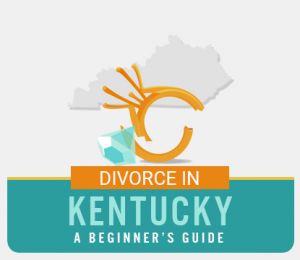 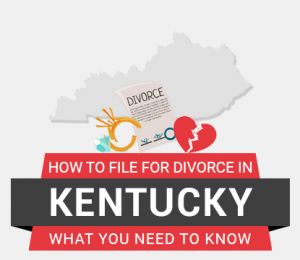 How to File for Divorce in Kentucky