When civilians go through divorces, most of the time, the laws and procedures governing that process are determined by individual states.  However, when one spouse or both spouses are in any branch of the U.S. armed forces, there are special rules that supersede state laws.  Many of these laws and procedures are laid out in the Servicemembers Civil Relief Act (SCRA).  Federal laws governing the division of military pensions is governed by the Uniformed Services Former Spouses’ Protection Act (USFSPA).  These were put in place to ease the financial and legal issues that are unique to military personnel and their families.

When a servicemember enlists their SCRA benefits, by virtue of the fact that they are away from home on military duty, they are protected from default judgments because they may not be able to enter an appearance in court.  In any civil action, including a divorce, SCRA allows them to postpone legal action for the duration of their military service plus 60 days.  This means that a servicemember can contest a divorce he or she does not want.  It does not mean that a civilian spouse can never get a divorce, it only postpones litigation surrounding the divorce.  In cases where the military spouse does not want to contest the divorce, he or she can waive rights and let the divorce proceed. All divorces require that the military status of the respondent needs to be documented to be in compliance with SCRA.

In addition to providing protections for divorce, the SCRA also postpones or suspends other financial and civil obligations as well.  Protections can include keeping you from being evicted, stopping foreclosure without a court order, stopping a vehicle repossession without a court order, and stopping a self-storage facility from selling your belongings for overdue rent without a court order.  Benefits include letting you end a house lease without penalty if you deploy for more than 90 days, limiting interest rates loans to 6% that you may have taken out before joining the military, and delaying certain payments without being negatively reflected on your credit report.

It’s important to note that military members and their spouses will still need to go through the normal process of getting a divorce as defined by the state they live in.  For example, in California, a spouse or the active military servicemember must have been a resident of California for at least six months and a resident in the county where they will file a petition for divorce for at least three months.  The divorce can also take place if the spouse or the servicemember is stationed in California.  The servicemember does not need to be in California when the petition is filed, but they will need to be personally served or be notified by certified mail no matter where they are stationed.  If they choose not to contest the divorce, they will not need to be served as long as they sign and file a waiver acknowledging the divorce.  The main benefit of SCRA as it pertains to divorces is to delay the action until such time that the active duty member can fully address it so that he or she can go about their duties without concern about litigation.

Child custody issues in a military divorce can become extremely complicated.  The Uniform Child Custody Jurisdiction and Enforcement Act sets out rules about which jurisdiction will determine temporary and final custody issues regarding children.  For example, when a servicemember is deployed overseas for longer than six months, the other parent can establish residency in a state where the servicemember has no ties.  This means that the entire divorce will have to be handled in the new state.  It is best to seek legal advice if custody battles threaten to become bitter or complex.  In many states, child support and alimony are calculated the same way for military divorces as they are for non-military divorces.  Again, it is best to seek legal advice in this area if it is a concern.

The federal government uses the Uniformed Services Former Spouses’ Protection Act (USFSPA) to govern how military retirement benefits are calculated and divided in a divorce.  It allows state courts to distribute military retired pay to a spouse and also provides a way for enforcing those orders through the Department of Defense.  It should be noted that the USFSPA does not guarantee a spouse will receive retirement pay, it merely protects the rights of a spouse who has been awarded military retirement pay as part of a final settlement order.

The main requirement for a retirement distribution to a spouse is that the couple must have been married 10 years or longer and while the servicemember performed at least 10 years of creditable military service towards retirement.

Curious to learn more? Here are a few of our favorite articles: 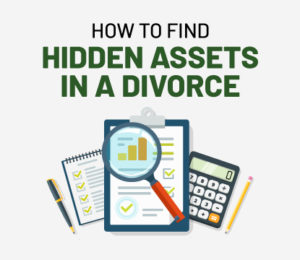 How to Find Hidden Assets in a Divorce 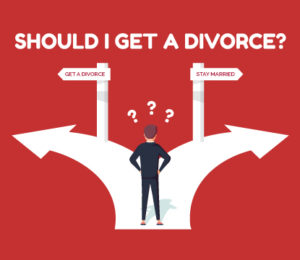 Should I Get a Divorce? 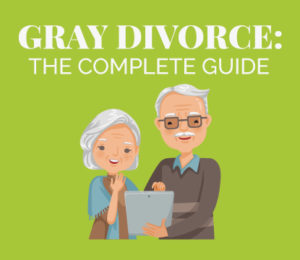 ×
We use cookies to provide you with the best experience and for our business purposes.Got it