May. 26, 2022
Survive Divorce is reader-supported. Some links may be from our sponsors. Here’s how we make money.

Falling out of love and deciding you no longer want to be with the person you married sets in motion a series of important decisions that will define the nature of your life going forward, both in the short and long-term.

One of those critical decisions is whether to get a legal separation or divorce. While there are a lot of similarities, there are also some significant differences.

It’s important that you understand the pros and cons of your choices so you can make an informed decision about how to proceed.

How Does a Legal Separation Work?

A legal separation is similar to divorce in many respects.

The process is essentially the same as getting a divorce. With a legal separation, you and your spouse still need to reach an agreement on the following issues:

All of these agreements are binding and part of a court order.

In most states, the process of getting a legal separation is exactly the same as divorce, except you check the “legal separation” box as opposed to the “dissolution of marriage” box when you file divorce papers.

Understanding the Difference Between Legal Separation and Divorce

So, what’s the difference?

With a divorce, you and your spouse are no longer married. In technical terms, your marital status is restored to “unmarried.”

Divorce is permanent. A judge will issue a final decree that formally ends the marriage and the terms of the marriage with finality.

Since you are single, you are able to remarry and you can file individual tax returns with the “single” filing status.

With a legal separation, on the other hand, you remain legally married to your spouse. Your marital status is not restored to “unmarried.” A court issues a judgment of legal separation.

While a legal separation eases much of the pressure and tension that may be the cause of a couple not wanting to be together anymore, it does not completely sever the relationship.

Time to clear up some confusion…

Despite what some people may believe, a legal separation is much more than just one spouse simply moving out of the family home. In some cases, spouses will go their separate ways and sever all communication for several years.

Understandably, you might think this means that they have a legal separation. That’s not the case. This is an informal or trial separation. In some states, this might be significant when it comes to determining community (marital) property and other support issues.

Although physically separated, a couple is not legally separated until a judgment of legal separation is granted by the courts.

In a sense, a legal separation is much more similar to divorce than it is to being separated (living apart).

Why Get a Legal Separation instead of a Divorce?

There are several potential advantages to getting a legal separation vs divorce. Many of these are financial in nature.

You can file joint tax returns. For some couples, this can reduce the total tax liability. (If there’s one thing spouses can agree on, it’s keeping money away from Uncle Sam!)

Keep in mind that filing joint tax returns isn’t always advantageous. You really need to run the numbers to see if this will help or hurt you.

The primary financial reason to get a legal separation is health insurance. When you get divorced, you are no longer eligible to remain on your ex-spouse’s employer-provided health insurance coverage.

With a legal separation, there’s a chance that you might be able to continue to be covered under your ex’s group plan. While it used to be common that insurance carriers would allow a legally separate spouse to remain covered, that’s no longer the case. It’s possible, but not likely. Be sure to look into this if this is your primary motivation for a legal separation.

In cases where one spouse is not a U.S. citizen, with a legal separation they can remain in the county versus a divorce where there is a possibility they could be deported.

Another key thing to think about is that some couples may not be completely sure they want to permanently end their marriage.  A legal separation can give them time and space to decide if they want to try and resolve their issues or use legal separation as a stepping stone to an actual divorce.

If this is the case, legal separation allows both spouses to adapt to their new lives more easily before deciding whether to proceed with a divorce.

For some people, thinking about getting a divorce is simply too much to bear. A legal separation provides a bit of a soft landing so to speak.

There are a couple of disadvantages of legal separation.

First, you are unable to get remarried.

The other disadvantage is what happens if you get a legal separation and later decide to get a divorce.

If you already have a judgment for legal separation, that means that you have a formal agreement on all issues (property division, alimony, child support, child custody).

But, you would need to file divorce papers to change your marital status.

The good news is you’ve already done the hard work of resolving all the major items.

How does it work if one spouse wants a legal separation and the other wants a divorce?

While much less common, an annulment of marriage may be another possible option worth exploring.

A couple can seek an annulment which effectively means both spouses can go forward as if their marriage never happened.  People often choose this option for religious reasons.

That means an annulment is the only officially sanctioned way to end a marriage, preserving certain religious rights and clearing the way for future marriages if a person so desires.  Annulments can also be granted for reasons such as incest, bigamy, coercion, fraud (attempting to gain a green card, or hidden pregnancy), unsound minds by one or both spouses because one or both were under the influence of excessive drugs or alcohol when they were married or they are cognitively disabled.

Curious to learn more about divorce? Check out a few of our favorite resources: 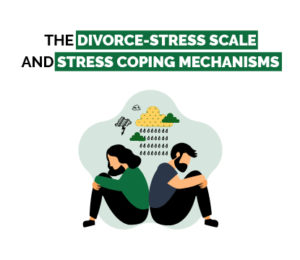 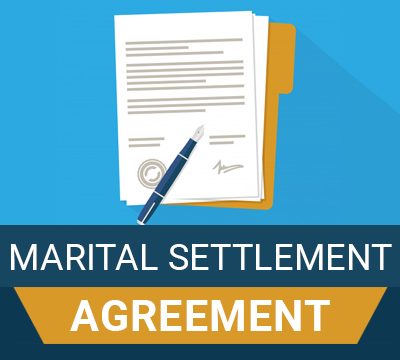 What is a Marital Settlement Agreement?