Learn about Maryland alimony laws and what a judge considers when determining alimony awards.

Dec. 24, 2022
Survive Divorce is reader-supported. Some links may be from our sponsors. Here’s how we make money.

Alimony is one of the most highly contested issues in a divorce.

In this guide, we’ll cover what you need to know about alimony in Maryland. Let’s dive in.

Who is Entitled to Alimony in Maryland?

Alimony is not automatically awarded in Maryland divorce cases. A spouse has to specifically ask the court for alimony and must be able to prove it is needed either during or after a divorce.

The ability to get alimony also requires proof that the paying spouse has the means to pay it.

Types of Support in Maryland

Alimony can be awarded while a divorce is in progress to assist a spouse in need.  This temporary alimony is also called pendente lite alimony, and it is awarded to help maintain a status quo until a divorce is finalized.

Once the parties file for a mutual-consent no-fault divorce, they must wait at least 90 days and often longer before a final Divorce Decree is granted.

When the divorce is final, temporary alimony ends. This alimony award can be replaced with other types of maintenance, or the court can decide not to award alimony at all.

After a divorce is final, courts can award rehabilitative alimony, sometimes referred to as statutory alimony. This is the most common form of alimony in Maryland.

This type of alimony can be awarded from the date the alimony request was filed and is called backdating.  Alimony can start on the day of the original complaint requesting alimony even if it was filed several months prior.

Another type of alimony awarded in Maryland is indefinite alimony.  That does not mean permanent alimony, it just means the court does not set an end date.

A spouse might get indefinite alimony when they cannot be expected to become self-supporting due to an inability to earn enough, a disability, advanced age, or other barriers to earning a living.

Indefinite alimony can also be awarded if there is a significant difference between the incomes of the parties, which will persist after the divorce. The law refers to this as a “disparity” between the parties.  There is no set guideline for finding a disparity in a divorce case.

When considering indefinite alimony, the court will use the same factors as rehabilitative alimony, such as age, illness, sickness, or disability, prohibiting a person from making substantial progress towards becoming self-supporting after a divorce is final.

Indefinite alimony is ordered much less frequently than rehabilitative alimony and is generally awarded in cases with a long-term marriage over 20 years.

Read More:  How to File for Divorce in Maryland

A spouse requesting rehabilitative or indefinite alimony must prove it is warranted due to:

Each of these factors has special rules and exceptions that may apply in your case.

If the parties have resolved alimony by a written agreement, the court will be bound by that agreement as it relates to alimony. If the agreement states that alimony is “not modifiable by any court,” the court may not modify the alimony. However, if alimony is awarded by the court, it is always modifiable.

To modify alimony, a Maryland judge must find a  substantial change of circumstances since the original divorce and support order. The person seeking the modification must request the court before the original alimony award expires.

Modification can result in an extension of the time that alimony is provided, or the dollar amount of the payment can be changed.

If the issues brought as part of a modification could have been dealt with at the original divorce proceeding, the court may not consider them during the modification.

The debt is known as alimony arrears. Arrears can be collected through mediation, small claims court, wage garnishment, or other means such as bank accounts or personal property.

Failure to comply with a court-issued alimony order may also result in a contempt of court charge against the spouse who did not pay as ordered.  That can result in fines, payment of attorney’s fees, and in rare cases, the non-paying spouse may be sent to jail but usually only as a last resort.

Can I collect alimony if we only lived together and were never married?

You must have been married to receive alimony in Maryland.

What happens if I don’t make a claim for alimony during a divorce but decide I want it later?

Alimony can be awarded only before the final ending of the marriage. Failure to make a claim for alimony as part of divorce means you cannot come back later after the marriage has ended and started an alimony claim. According to the Maryland Court of Appeals “the right to claim alimony is extinguished at the time of the severance of the marital relationship.”

How do child custody and child support factor into alimony?

Custody of any children and child support required between parties are factored into the amount and consideration of spousal support.

If the custodian of the children can’t support themselves due to the children being of an age or condition that hinders the parent’s ability to support the child, such as if the spouse must remain home to care for the child, it severely influences the case for alimony.

Maryland considers marital fault when determining alimony payments. This means that “at-fault” divorces, which may be caused by infidelity or abuse, can result in the at-fault party paying more “punitive” alimony.

Can a prenuptial agreement waive alimony?

Yes.  Courts recognize a prenuptial agreement as a legal and binding document. 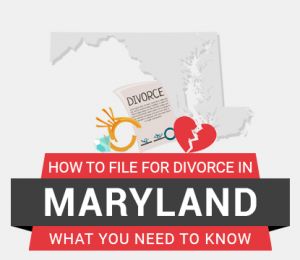 How to File for Divorce in Maryland 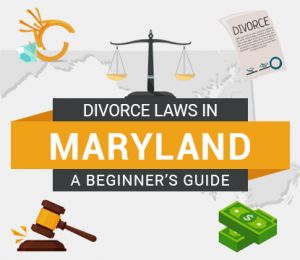 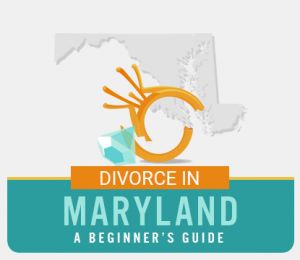