Alimony and Spousal Support in Nebraska

Learn about Nebraska alimony laws and how spousal support is calculated.

Alimony refers to a court-ordered payment from the high-earning spouse to the other to maintain the marital standard of living. In Nebraska, alimony and spousal support are used interchangeably.

In this guide, you’ll learn:

So if you’re wondering how alimony will affect you, you’ve come to the right place. Let’s get started.

Who Qualifies for Alimony in Nebraska?

In Nebraska, either party can pay spousal support. A judge will first determine a need for alimony exists with the potential receiving spouse and that a paying spouse has the means to pay. Based on this, the judge will consider a series of statutory factors to determine alimony calculations involving duration and amount.

Nebraska alimony isn’t meant to punish either spouse. It is to ensure both spouses can survive during and after a divorce. The judge will ensure the agreement is reasonable, fair, and equitable.

Types of Alimony in Nebraska

There are several types of spousal support in Nebraska:

Courts can award temporary alimony to support a financially dependent spouse during divorce proceedings. This helps a lower-earning spouse make ends meet while adjusting to a new, one-income household.

Once the divorce is finalized, temporary alimony ends and is often replaced with other types of alimony that will have a different set of terms, duration, and dollar amount.

This is the most common type of alimony in Nebraska and helps bridge the gap for financially dependent spouses while they transition to supporting themselves.

In most cases, a judge will set an end date for rehabilitative alimony payments based on the dependent spouse meeting certain criteria (such as getting a job) rather than time-based payments.

In other words, a spouse may pursue getting a college degree, which may take three or four years. Setting an end date based on meeting criteria gives a transitioning spouse leeway to meet that goal.

Reimbursement alimony is less common. It is awarded to reimburse one spouse for significant expenses they paid for the other. An excellent example of this arrangement is if one spouse paid for the other’s schooling before the divorce. These payments are more common for fields with advanced degrees than a high school diploma or bachelor’s degree. A judge could order that the spouse who received the education repay the spouse who paid for it.

However, as more time passes between the original expense and the divorce, the less likely a judge will award reimbursement alimony.

In rare cases, a judge might award permanent alimony. Usually, this only happens at the end of long marriages or when the dependent spouse is permanently unable to work due to age, disability, or a chronic illness.

The court can require a spouse to pay alimony in a lump sum, periodic payments, or a property transfer. Lump-sum payments are rare because most spouses don’t have enough financial resources to satisfy an alimony award in one payment, especially after a divorce. However, if the court requires it, a lump-sum payment ends paying alimony and the spouse’s obligation forever.

Couples in Nebraska also have the option to determine alimony by themselves through mediation if they choose an uncontested divorce.

Read More: How to Choose the Best Health Insurance Plan After Divorce

How is Alimony Calculated in Nebraska?

Unlike child support, Nebraska does not use a pre-determined formula or calculator to determine exactly how much alimony will be awarded. Judges have considerable discretion, within the limitations of the law, to decide the nature of an alimony award.

A judge has the power to figure out the amount and duration of the support by considering the dependent spouse’s needs and what the other spouse can afford to pay. How long alimony payments last can vary widely when a court goes about the task of calculating alimony payments.

The judge’s spousal support order must be fair and reasonable based on certain legal frameworks. Translated, that means that an alimony order cannot be so high that the paying spouse has nothing left over for basic living expenses.

If a spouse petitions a Nebraska Family Court to award alimony, the court will review several factors before deciding on an amount and duration.

Under Nebraska divorce laws, the purpose of an alimony agreement is not to level or equalize each spouse’s income. It is also not meant as a punishment to the payor spouse.

The goal of alimony is to help the dependent and receiving spouse eventually find ways to support themselves through gaining an education or vocational training or by providing continuous financial support when working or education is not a possibility.

Can I Modify Alimony?

In most cases, the answer is yes, under certain circumstances.

As part of a divorce process, couples can decide in advance to modify or not modify support later. However, if there’s no written agreement or the court doesn’t prohibit a review, either spouse can ask the court to change the amount, duration, or circumstances of alimony in the future.

For this to happen, the court requires the requesting spouse to demonstrate “good cause” for a modification. That involves demonstrating to the court that there has been a material change in circumstances such as a significant change in health or financial conditions.

You can ask the court to review if you’ve involuntarily lost your job or if the supported spouse gets a promotion. But courts will not modify support payments if a spouse commits an intentional act that changes their circumstances, such as voluntarily quitting or losing a job due to misconduct.

Nebraska courts have the discretion to raise or lower payments and duration, or they can terminate an order if a dependent spouse remarries or enters into cohabitation, has gotten a higher paying job, or similar events that raise the spouse’s standard of living.

Alimony automatically terminates when one spouse dies unless there is an agreement between the spouses that states otherwise.

If the judge finalized your divorce before December 31, 2018, maintenance payments are tax-deductible to the payer and taxable income to the recipient.

For any divorce concluded after December 31, 2018, under the Tax Cuts and Jobs Act, spousal maintenance payments are no longer a tax-deductible expense for the payer, and the recipient will no longer pay taxes on the payments since they are no longer considered taxable income.

When one spouse does not stay current with alimony payments, either by a conscious decision or setbacks, this creates a debt known as alimony arrears. A court and a dependent spouse have several possible ways to collect on this debt.

Each district court has specific local rules that may apply in your alimony case. Check with the district court clerk in your county, and be sure to follow those rules to ensure a positive resolution to your enforcement issue.

Arrearages can also be reported to consumer credit bureaus, and in some cases, the court may suspend the spouse’s driver’s license, hunting and fishing licenses, and professional or occupational licenses.

When large amounts are in arrears, the case may be referred to the U.S. State Department, which will suspend, deny, or revoke passports to travel out of the country.

The court can also order to intercept the paying spouse’s state and federal tax returns and apply them to any arrearages.

Do you need to go to court to get alimony?

Not necessarily. In Nebraska, the law allows spouses to decide an amount on their own through mediation. Avoiding litigation by using this process means you’ll have more control over the process, cut down on divorce costs, and make the case more amicable overall.

Whether alimony is decided before a judge or in mediation, it will be written out in the divorce decree and signed off by a judge.

Read More: What is a Marital Settlement Agreement?

Is there a formula for alimony in Nebraska?

There are no formulas a judge uses in calculating alimony in Nebraska. Instead, judges take each case on its own merits, use several guiding factors to weigh the issues, and then create an award that is just and fair to both sides.

In years past, Nebraska considered marital misconduct (including adultery) during the marriage when it came time to decide whether or not to award alimony.

However, in 1972 the laws changed. Since that time, Nebraska has taken a “no-fault” stance when it comes to divorces. Courts cannot consider poor behavior during the marriage when determining alimony.

How long does alimony last?

The short answer is that it depends on what a judge awards, but it’s a little more complicated.

If the court awards temporary alimony, it ends when the judge finalizes the divorce and doesn’t always turn into a post-divorce award.

When the court orders short-term support, the court may make an order for alimony that ends when a specific event occurs. For example, rehabilitative support payments may end when a dependent spouse finds employment, completes a degree program, or sell the marital home.

Permanent alimony is not always indefinite, and the court may order that it terminates on a future date or after a particular event. For example, permanent support typically ends when either spouse dies, or the supported spouse remarries or begins to cohabitate with the same trappings as a marriage.

Are child support and custody factors in determining alimony?

Alimony in Nebraska is calculated separately from child support. Child support rules are stricter and more specific than the calculations for alimony. The judge will usually rule on child support in a separate proceeding.

Nebraska has no set formula to decide how much alimony you pay. The judge for your case will make a decision based on your specific financial facts, including the level of support your children need. 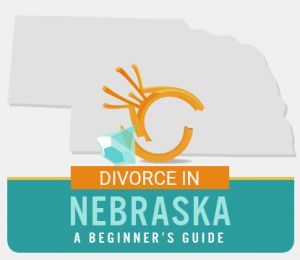 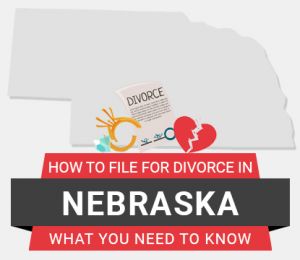 How to File for Divorce in Nebraska 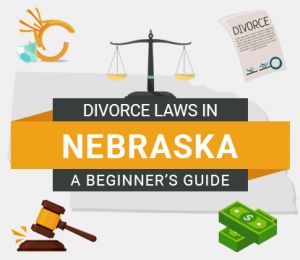