A Guide to Alimony in South Carolina

Learn about South Carolina alimony laws and what a judge considers when determining support awards.

Jan. 2, 2023
Survive Divorce is reader-supported. Some links may be from our sponsors. Here’s how we make money.

Alimony is one of the most highly contested areas in divorce. Whether you are the high earner or low earner, it’s completely normal to have serious concerns about how alimony will impact your financial situation.

Who is Entitled to Alimony in South Carolina?

Alimony and spousal support are used interchangeably in South Carolina.  The goal of maintenance is to help the receiving spouse maintain the same or similar standard of living as they did in the marriage.  Alimony is not punitive and isn’t awarded to punish a spouse after a marriage ends.

To start the process, a judge will determine if a spouse needs alimony and if the other spouse can afford to pay without undue hardship.  The judge will want to know if the divorce is fault-based as well.  If these conditions are met, a judge will move forward to determine the amount and duration of alimony that should be awarded.

Types of Support in South Carolina

Several types of alimony can be agreed upon by the parties or ordered by the court in South Carolina.

A court can also order separate maintenance and support, awarded during the one-year waiting period for a no-fault divorce to be finalized. Judges understand that waiting one year to get a no-fault divorce can impose severe financial hardship, particularly if one party earns significantly more than the other.

After the divorce is final, South Carolina courts can issue the following types of alimony.

Rehabilitative Alimony.  This type of alimony is awarded so the spouse may “rehabilitate” themselves by getting more education or training that will lead them to become self-sufficient.

Rehabilitative alimony is often awarded to a parent staying home with young children until it is appropriate for the parent to work outside the home. There is no standardized time when parents are expected to work outside the home, but when the youngest child is in school, full-time is a common time for the parent to resume work. Rehabilitative alimony is usually for a fixed period, but a judge may include a provision that the alimony is subject to review at the end of that period.

Reimbursement Alimony. This type of alimony reimburses one spouse for expenses incurred by the other.  For example, it might be awarded if one spouse helped put the other spouse through college or a training program, and the couple divorced soon after the training program was complete.  Instead of periodic payments, the court could give the supporting spouse a majority of marital property in compensation.

Lump-Sum Alimony.  Also known as alimony in gross, lump-sum alimony is a fixed amount. The amount may be paid in a lump sum upfront or consist of a series of payments over time. The payments are nonmodifiable – meaning that a change of circumstances is not a basis to modify or terminate the payments. The only factor that that terminates lump-sum alimony is the death of the supported spouse.

There is no formula for calculating how much alimony should be paid in South Carolina. Instead, the court will consider the following factors:

Depending on the type of alimony, it can be modified or terminated when any of the following takes place:

Also, some types of alimony can be terminated or modified, whereas others cannot.

Periodic alimony terminates when the supported spouse remarries or becomes involved in a  continued cohabitation or upon the death of either spouse.

Lump-sum alimony cannot be terminated or modified based on changed circumstances or remarriage.  It ends only when the supported spouse dies.

Reimbursement alimony can terminate when a supported spouse remarries, enters into continued cohabitation, or either spouse dies.  However, it cannot be terminated or modified based on a change in circumstances.

Separate support and maintenance terminate when the supported spouse remarries, enters into continued cohabitation, or when either spouse dies.  It can be modified based on a change in circumstances.

How does retirement impact alimony?

Supporting spouses who want to retire from employment run the risk of still paying alimony they can no longer afford after retirement.  Although it is not guaranteed, South Carolina statutes provide that retirement by a supporting spouse is sufficient grounds to warrant a hearing to evaluate whether there has been a change of circumstances for alimony.  The family court must consider the following factors:

Read More:  Everything You Need to Know About Alimony

When a supporting parent falls behind on alimony payments, the court will issue a “Rule to Show Cause.”

This results in a hearing, and the spouse must appear before the Family Court to “show cause” as to why payments are being missed.  A Rule to Show Cause is also a Contempt of Court hearing. By not paying, the supporting parent is in contempt of court for violating a Family Court order requiring the payments.

If the judge finds the spouse guilty, the court can force compliance by ordering an income withholding order, community service, fines, or a jail sentence.

In some cases, a judge may also require a supporting parent to maintain a life insurance policy or provide some other type of security as collateral to guarantee that support payments will be made in the future.

How does adultery impact an alimony award?

Alimony may not be awarded to a spouse who commits adultery before the earliest of these two events: 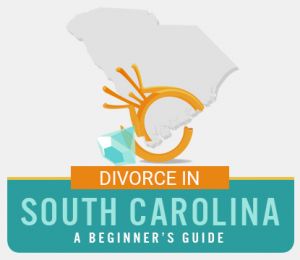 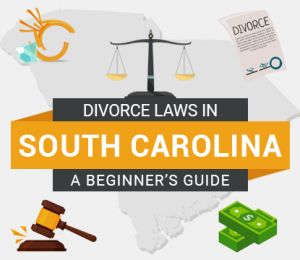 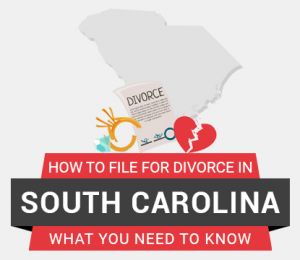 How to File for Divorce in South Carolina