Learn about Utah alimony laws, the types of spousal support, and what factors a court considers.

Dec. 13, 2022
Survive Divorce is reader-supported. Some links may be from our sponsors. Here’s how we make money.

Alimony is one of the most highly contested areas in divorce. Whether you’re the high earner or low earner, chances are you’re concerned about how alimony will impact your financial life.

In this guide, you’ll learn about:

Who Can Be Awarded Alimony in Utah?

In Utah, either spouse can ask the judge to award alimony.  Based on the request, a judge will weigh the need for alimony and whether the party being asked to provide support can reasonably do so.  One of the goals of alimony is to lower the disparity between the parties’ standard of living following a divorce.

Types of Support in Utah

Alimony is not usually ordered in Utah for a period that exceeds the time length of the marriage.  There are various forms of alimony that will meet a party’s needs during and after a divorce.

Under Utah alimony laws, temporary alimony can be awarded to a spouse during a divorce and is to be paid by the other spouse until the divorce is finalized or until a later date specified in the order.  Temporary support is often supplanted by a more permanent form of alimony when a divorce becomes final.

To obtain temporary alimony, you must file a Motion for Temporary Order with the court.  Your divorce attorney will properly prepare and submit your motion for a temporary order for alimony and the necessary accompanying documents. You must submit good reasons to the court for your request for temporary alimony which is usually supported by submitting a Financial Declaration. That applies to temporary orders for alimony, child support, property division, attorney fees, etc.

If the other spouse agrees with the requesting party’s motion for a temporary alimony order, you can complete a Stipulation and have it filed with the court. Suppose you decide that you oppose the motion or do not agree with some part(s) of it. In that case, you and your attorney can complete a Statement Opposing the Motion and file it with the court, along with any supporting documents that should accompany it.

Transitional alimony is also temporary but differs in that it is issued when the final divorce orders are placed and not while it is pending. This alimony is issued so that the other spouse can receive the training and education necessary to become self-sufficient. It is often removed after a set period or changes when a permanent alimony order is issued.

Permanent alimony is payments issued until the judge says otherwise. They are common in long-term marriages or when one spouse can’t support themselves and that is unlikely to change due to health or age issues.

Read More:  Everything You Need to Know About Alimony

Utah has a defined list of factors described in the state laws that are legally required to be considered by a judge when determining alimony payments.

When considering a request for alimony, the judge will evaluate the following factors to determine the type, amount, and duration of support:

The court can also consider a spouse’s marital misconduct that caused the breakup of the marriage. Fault may include adultery, physical abuse, threats to the other spouse or children, or undermining the financial stability of the other spouse.

Unlike child support, there is no formula judges use to calculate alimony. Instead, they are given wide discretion to base support amounts on the above factors and any other relevant circumstances in each case.

If you and your spouse want to maintain control over the alimony order, you can negotiate the terms in a settlement agreement and present it to the judge for approval.

It’s essential to note the Utah legislature has mandated that the duration of an alimony award cannot extend longer than the length of time that the parties were married under most circumstances.  Alimony can be paid for a shorter time, or the alimony award may taper off gradually.

Alimony might not be awarded if the marriage was only for a short period, the income of the spouses is equal, the paying spouse doesn’t have the money to pay alimony, or the judge feels there isn’t any need for alimony.

Read More:  How to File for Divorce in Utah

Changes in a party’s circumstances may warrant a change in alimony as well.  If this is the case, a spouse can request a formal modification of the court orders.  This request can either be for an increase, decrease or termination of alimony.

The court will not approve the request for a spousal support modification unless you can supply adequate grounds of the necessity of the change.

If there’s a change in circumstances that makes it difficult for you to pay support, it is important to request a review as soon as possible.  In the meantime, you must continue to pay. Failure to pay support can result in serious consequences such as fines or bank seizures.

If the spouse who has been ordered to pay alimony falls behind on the payments or simply refuses to continue paying, the recipient may file a motion in court requesting the judge to enforce the order.

If the judge rules in favor of the requesting spouse, it could result in wage garnishment or a lien on real properties.  The paying party may also be charged with contempt of court and subjected to penalties, including fines and time in jail.

Gender does not matter in an alimony award.  Either spouse may be required to pay alimony to the other if they earn more money than the other spouse, regardless of who filed for the divorce.

What if my spouse quits their job to avoid paying alimony?

The court may reduce the amount of alimony if the payor spouse loses their job through no fault of their own. But when a spouse purposely quits their job to avoid paying alimony, the court may step in and impute income (i.e., base support on an assumed amount of income).  This calculated amount can be based on job skills, past earnings, the local job market, and more.

What if I don’t ask for alimony during a divorce but later decide I want or need it?

After your divorce is finalized, you will no longer be legally allowed to request alimony. If you think you may need alimony, request it during your divorce process.

What if I am receiving alimony and I get remarried?

Typically alimony ends when a person gets remarried.  However, the legal requirement to pay alimony does not end automatically due to the remarriage of a spouse receiving alimony. You must file a request with the court to terminate the alimony obligation.

What are the pitfalls of only agreeing to alimony without a court order?

Parties are free to agree that one will pay alimony to the other without asking the court to make that decision. However, it’s important to include the agreement between the parties in the court order finalizing the divorce. If no written agreement or court order is executed, the spouse paying alimony can legally quit paying the alimony at any time without legal consequences.

Is fault a determining factor for whether or not alimony is awarded?

Utah is a fault state, and the legislature defined fault a few years ago so that you could more specifically allege fault.  As such, it may be a factor in determining how much alimony is ordered.

If adultery, desertion, or neglect was a factor in why the couple is getting divorced, it is up to the court’s discretion if that is factored into alimony calculations.  However, it is only used in limited specific circumstances.

You may risk not receiving alimony if you are found at fault due to having extramarital sex. Or, if you have threatened, deliberately caused, or attempted to cause physical harm to your spouse or child, your eligibility for alimony may be in question. Or, if you significantly undermined your own or your family’s financial stability during the marriage, you may be found ineligible for alimony.

Is custodial status considered when determining alimony in the state of Utah?

Utah judges consider the custodial status of minor children when determining alimony payments. Alimony calculations affect whether the receiving spouse has custody of the children.  As a result, custodial spouses may receive higher alimony payments.

Can alimony be waived through a prenuptial agreement?

A prenuptial agreement is a contract spouses sign before marriage regarding marriage-related financial matters. Limiting or waiving rights to alimony is a frequent clause in modern prenuptial agreements, and it’s best to check with an attorney to see if this action can apply to you. 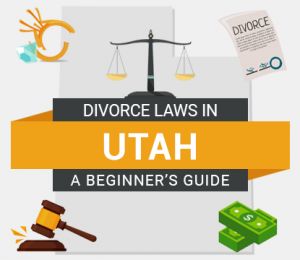 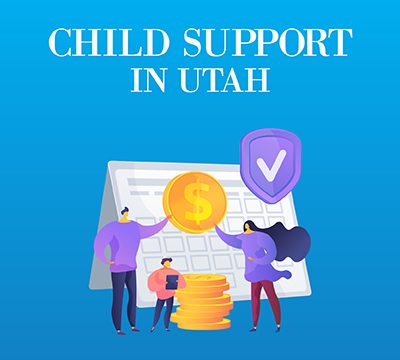 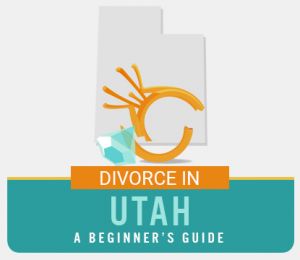