A Guide to Alimony in West Virginia

Learn about alimony laws in West Virginia and what a court considers when determining spousal support awards.

Jan. 2, 2023
Survive Divorce is reader-supported. Some links may be from our sponsors. Here’s how we make money.

It’s totally natural to have fears about money when you’re going through a divorce.

How will you maintain your lifestyle once you separate households? Will you be able to afford to stay in the house?

The harsh reality is that alimony can have a major impact on your financial situation. That’s why it’s one of the most highly contested issues in divorce.

Who is Entitled to Alimony in West Virginia?

When one spouse cannot reasonably support themselves during or after a divorce, alimony (also referred to as spousal support) can be awarded by West Virginia family courts.

The person requesting support must demonstrate need, and the other party must have the ability to pay. Courts can require a supporting spouse to pay in periodic or lump sum payments. Typically, spousal support payments are made from a spouse’s income.  When income isn’t enough to cover the support award, the court may require a spouse to transfer the title of separate property.

Either spouse may ask for alimony, but the spouses must be living separately before a court will order alimony payments.

Types of Support in West Virginia

The following types of alimony may be awarded in West Virginia.

Temporary Alimony can be ordered while a divorce is still in progress and is also referred to as alimony pendente lite.  A spouse who is a lower-wage earner or who has stayed at home to care for children will probably need financial help to pay for gas, groceries,  clothing, and supplies before the divorce is finalized.

Another form of temporary spousal support takes place after the divorce and is limited time until a spouse’s situation changes, such as remarriage or children grow up and leave home.

Rehabilitative Alimony refers to payments that help the receiving spouse become gainfully employed again.  Rehabilitative support is used for living expenses and training or education that contribute to a reasonable goal ending in self-support.  It is usually only paid for a specific limited amount of time and ends when the recipient spouse receives a degree or becomes gainfully employed.

Support in Gross refers to awards that are set amounts paid for specific amounts of time. For instance, the court could order $50,000 of lump sum support to be paid monthly for 5 years.

These payments can be periodic but may also be paid in a single lump sum.

Spousal Support is available only in divorce or “separate maintenance”  cases.  If you were not married, you could not collect alimony no matter how long you lived together or how many children you may have had.

If you want spousal support, you must ask for it in the papers you file with the court.

If you are the person filing the divorce, you can include a request for Spousal Support in your divorce petition.  You can request spousal support in your answer when your spouse files a divorce against you.

Support is available only if the spouses live “separate and apart from each other.”  You can’t get alimony if you are still living with your spouse.

There is no mathematical formula for calculating alimony in West Virginia. Instead, there are several factors a court will use when determining whether alimony will be awarded.

According to the West Virginia Code, the court considers:

West Virginia alimony laws allow either spouse can ask the courts to decrease, increase, extend, or end alimony payments at any time.

The requesting spouse must prove a significant change in circumstances that warrant a modification.  This might include a job loss, ongoing health issues, remarriage, or other major changes.

If either spouse passes away, both permanent and temporary alimony top. However, rehabilitative alimony only stops if the recipient spouse dies. But if the payor spouse dies, rehabilitative support and support in gross continue unless these payments would be unfair to his or her estate.

Judges have considerable leeway when deciding both an original support award and any modifications. However, the court’s ability to modify a support order may be limited based on the terms of the initial order.

Spousal support is sometimes waived by both parties in a divorce process.  If this happens, neither side can come back later and ask for alimony.  It does not matter how much the circumstances have changed or how unexpected they were.

Read More:  Dividing a Business in a Divorce: A Complete Guide

Spouses who do not pay alimony when it is due create a debt known as alimony arrears.  West Virginia courts can take action when a support order is not followed and may hold a hearing to determine why or impose enforcement actions on the non-paying spouse.

In cases where an income withholding order is not already in place, the court may enter into a wage garnishment arrangement with the spouse’s employer.  Money from each paycheck is automatically withheld, paid to the state, and then disbursed to the receiving spouse.

Small claims court actions are also possible.  In some cases, the judge may file a contempt of court order charge for defying the court-ordered alimony schedule.  If this happens, the judge may impose fines, assign court costs, and in rare cases put the non-paying spouse in jail.

Per the West Virginia code, other possible actions include liens against bank accounts and real property and other similar actions.

Some spouses may pursue alimony mediation.  A neutral third party may step in and help spouses reach a mutual alimony agreement. Sometimes, the mediator helps couples decide issues related to other parts of the divorce, such as child custody, property division, and other similar matters.  Couples may prefer this option since it gives them more control than going in front of a judge who may or may not decide matters in a way they agree.

Due to recent changes in Federal laws, the payer cannot deduct support payments or separate maintenance payments under a divorce or separation instrument executed after 2018. These payments are also not included as taxable income for recipients.

The paying spouse under a divorce agreement executed before 2019 can deduct those payments from taxes when the following criteria are met:

Does adultery or other fault-based reasons impact alimony?

What impact does a prenuptial agreement have on alimony?

If spouses agree that no alimony will be paid and put that in writing as part of a prenuptial agreement, a West Virginia court will honor that agreement.

West Virginia family court judges consider custodial status when determining alimony payments. This means that alimony calculations are affected by whether or not the receiving spouse has custody of the children, and custodial spouses may receive higher alimony payments.  It’s essential to remember that judges have broad discretion and must consider all factors on a case-by-case basis when deciding how a divorce is finalized, so alimony impacted by custodial status is not always guaranteed. 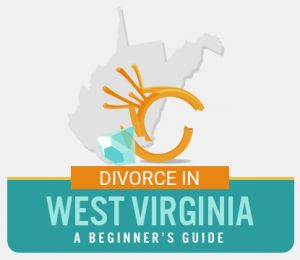 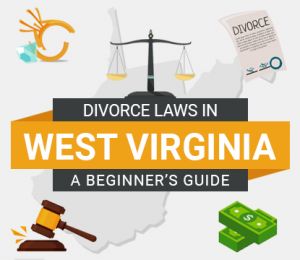 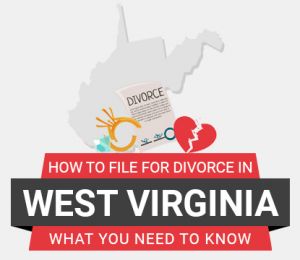 How to File for Divorce in West Virginia