Learn about Arkansas alimony laws, the types of spousal support, and how courts determine alimony.

Dec. 14, 2022
Survive Divorce is reader-supported. Some links may be from our sponsors. Here’s how we make money.

Whether you’re the high-earner or low-earner, you have every right to be concerned about alimony.

At its core, there are really two key issues: How much? And for how long?

While this may sound simple, the truth is it’s anything but.

In this guide, we’ll cover exactly what you need to know about alimony in Arkansas. Let’s get started.

Who is Entitled to Alimony in Arkansas?

According to the divorce laws in Arkansas, if the spouse that pays the alimony can afford it, the court often allows a lump-sum payment of cash or property to reduce future alimony requirements. Most couples are not that financially powerful or can pay the lump sum, so the standard for alimony is mainly a monthly payment.

If spouses cannot agree, the court will make a binding decision on alimony that addresses the amount, duration, and payment method.

The court then issues an income withholding order, which allows the payer’s employer to withhold the amount for support automatically from the employee’s paycheck.

Alimony is also referred to as spousal support. These are monetary payments made to one spouse by another during and after divorce or legal separation proceedings. Generally speaking, the family court will consider awarding spousal support in situations where the spouses have unequal earning power and have been married for a long time.

A judge will assess one spouse’s financial needs and whether the other spouse can make monthly spousal support payments. Alimony is intended to equalize the financial resources of the divorcing couple.

Types of Support in Arkansas

Spouses are allowed to negotiate a spousal support schedule, or they can agree to a lump sum payout if that serves both parties’ interests.

Otherwise, courts can award three types of alimony in Arkansas.  Each is awarded in different circumstances and is designed to fulfill separate purposes.

The Arkansas Supreme Court has used 20% of a spouse’s net pay as a suitable award in cases involving temporary alimony for a dependent spouse with custodial parenting status.

Temporary alimony orders end when the divorce is completed or when a judge terminates the order for another reason.

Rehabilitative support is often awarded in cases where one spouse left their job to raise the children, provide a home to the other spouse, or help the other spouse’s career during the marriage.

This type of alimony is intended to address this imbalance by enabling the lower-earning spouse to improve their career prospects.

Before awarding rehabilitative alimony, a court may ask for a plan that specifies what actions will be taken and the expected end date to determine better whether the plan is achievable and the amount and duration of the award.

Permanent alimony used to be common, but now it is pretty rare, especially in marriages that did not last long.  Typically, permanent alimony is awarded only in cases where one spouse has poor health or advanced age and meager employment prospects.  Where rehabilitative alimony is designed to cease when the former receiving spouse improves their prospects, permanent alimony is intended to remain in place indefinitely.

It is important to note that spousal support is not automatic and is not ordered by default in every divorce. It is not uncommon for a judge to award temporary spousal support while the divorce is pending.

How Do I Ask for Alimony in Arkansas?

If you and your spouse can’t reach an agreement, you’ll need to file paperwork in family court, and a judge will decide if alimony is warranted, how much, and for how long.

The ideal time to ask for alimony in Arkansas is at the beginning of the process when filing the initial divorce papers.  If you don’t request alimony immediately, you’ll need to file an amendment to the petition requesting support and why.

After you have formally requested alimony, the court will require both parties to complete an Affidavit of Financial Means, which is an accounting of:

It’s critical to be thorough and truthful.  If you withhold certain assets for more spousal support, you could be held in contempt of court or face other legal consequences.

Before awarding alimony, an Arkansas court must find that one spouse has a financial need, and the other spouse can pay.

There are no alimony calculators used to determine alimony in Arkansas.  Each case is judged independently, and judges have wide discretion in deciding what is fair and just.

Judges do have several factors to help them reach decisions.  Some examples of what the judge will consider include, but may not be limited to:

Longer marriages are generally more likely to create considerable economic inequalities between spouses. As such, the longer the marriage, the more likely it is that spousal support will be necessary after the divorce.

Unless otherwise dictated by the court or the spouses, alimony payments end if any of the following occurs:

The receiving spouse can also request an increase if there is a change in living expenses, such as inflation or if the paying spouse sees a significant rise in their income.

Both spouses can modify or terminate support if they reach a mutual agreement filed with the court.  All modifications must be court-approved.

If you need a modification, requesting it as soon as possible while adhering to the existing order is best.  Alimony agreements are court orders and must be followed promptly, or you risk taking enforcement actions against you.

That debt is known as alimony arrears if alimony is not paid when due. Arrears can be collected through mediation, a loss of driver’s or professional license privileges, small claims court, or wage garnishment.  An income withholding order often reduces the number of cases where one party doesn’t pay the court-ordered fees, thus eliminating the need for support enforcement.

It can also lead to a contempt of court charge resulting in a hearing in front of a judge to explain why payments are late.  Based on the evidence, a judge can fine a non-paying party and, in some cases, even send them to jail.

The same is true of alimony paid under a divorce or separation instrument executed before 2019 and modified after 2018 if the modification expressly states that the maintenance isn’t deductible to the payor spouse or included in the recipient spouse’s income.

Is marital fault considered when awarding alimony in Arkansas?

Arkansas does not consider marital fault when determining alimony payments. Divorces considered at fault due to cheating or infidelity, abuse, or other factors do not affect the calculation of alimony payments.

Is gender a factor when determining alimony?

No, both men and women can ask for and receive support during and after a divorce. Alimony is awarded based on need.

Can a prenuptial agreement waive alimony?

Yes, Arkansas courts consider any agreements regarding alimony in a prenuptial agreement as part of a valid contract between both parties.

Limiting or waiving rights to alimony is a frequent clause in prenuptial agreements, so be sure about this part of an agreement before entering into one. 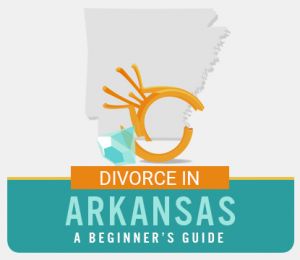 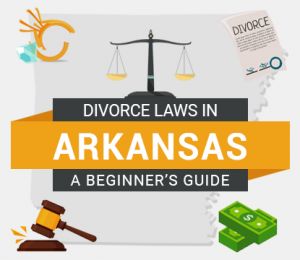 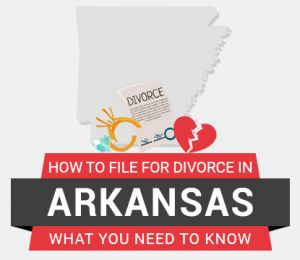 How to File for Divorce in Arkansas