Learn how child custody is determined and modified in Georgia.

The first thing you must know about child custody in Georgia is that under state law, “custody may be awarded to either parent based on the best interest of the child or children and what will best promote their welfare and happiness.”

The best interest standard drives all custody decisions, and while this is critical to know, there are several other things to consider if you’re facing a custody battle soon.

Types of Child Custody in Georgia

There are different types of child custody arrangements under Georgia law.

The two primary forms are physical custody and legal custody. Courts prefer an ongoing relationship with each parent, so the preferred type of custody shares parental responsibilities.

Georgia courts prefer that both parents remain an essential part of the child’s life. By awarding joint legal or physical custody, the court encourages the parents to reach a consensus on issues related to the child’s healthcare, education, extracurricular activities, and religious and social life.

When parents can’t reach a joint decision on behalf of the child, the primary physical custodian usually has the ultimate authority in the decision.

Sole Custody is rarely awarded, but when the other parent is proven unfit, it may be in the child’s best interests to have minimal contact, either temporarily or permanently.

How is Child Custody Determined in Georgia?

Under Georgia child custody laws, cases go through several important steps and processes, from when a case is filed to when it is resolved.

A court must first establish jurisdiction. That means the court has the legal authority to oversee and rule on the case. Jurisdictional rules are complex, especially when it comes to children and families that live in different states.

Georgia, along with the other 49 states, has adopted the Uniform Child Custody Jurisdiction Act, which authorizes the court to hear custody matters when:

Georgia child custody petitions are usually filed in the context of a divorce, separation, legitimation, or modification of an existing order.

When you file under any of these scenarios, you will provide additional information about the child custody arrangement you seek, generally in the form of a parenting plan and other supporting evidence.

If both parents agree on the proposed parenting plan, additional trials and hearings may not be required if the judge also accepts the plan.

When one party files a child custody case, the other party must be notified of the filing, given an opportunity to respond to the filing, and submit their own parenting plan.

Within 1-2 months after filing, you will usually be notified of the first non-emergency hearing to meet with the judge and determine preliminary issues in the case. That may be followed by mandatory mediation.

Pre-trial appearances and status conferences will generally advance the case every 30-60 days, though county scheduling rules may vary.

Discover follows and refers to the process of collecting evidence, testimony, and other information related to the case. During the discovery phase, parties may request the production of documents, emails, text messages, photographs, videos, school records, medical records, financial records, and other information that may assist the court in determining child custody. Sometimes, a parent may also be required to sit for a deposition.

If there is still no resolution in the case, the case will proceed to trial that can last anywhere from a few hours to several days or even weeks. From this, the judge will issue a Final Custody Order that sets forth all terms of the custody arrangement. The parents must then register the final order with the local court.

At their discretion in determining custody in Georgia, courts have the right to require divorcing parents with minor children to complete a parenting class before granting a divorce.

Under Georgia law, the court may order parties to attend mediation to reach a mutually agreeable resolution on child custody issues.

Mediation is more collaborative and conversational than rigid procedures inside a courtroom. A neutral third-party mediator presides over the meeting to resolve conflicts and help the parties reach an agreement.

If mediation does not produce desired results, the case will progress to the next phase of the legal proceeding. In some cases, the judge may order the parties to attend a subsequent mediation round or a judicially-hosted settlement conference. Parents may also proceed with discovery and eventually go to trial.

What is a Guardian ad Litem?

A Guardian ad Litem (GAL) is an officer of the court that is specially trained in representing the child’s best interests in a custody case.

With court approval and per Georgia laws, the GAL has the power to:

The GAL will submit a written report of its independent evaluation to assist a judge in making a final custody determination.

Like all other states, determining custody in Georgia requires a judge to make a child’s best interests the focus of any custody decision. Judges must include several factors when making this decision.

If a parent is absent or relocates because of an act of domestic violence by the other parent, such absence or relocation for a reasonable period in the circumstances shall not be deemed an abandonment of the child for custody determination; and

This may lead to an order of supervised visitation or parenting time. Visitation and parenting time may be entirely denied in egregious child custody cases.

Read More: 23 Signs of a Toxic Marriage and What To Do About It

What is a Georgia Child Custody Parenting Plan?

Georgia law requires parents to submit a parenting plan to the court in every case where custody is at issue. Parenting plans are a detailed set of actions, rules, and responsibilities each parent has regarding the care of their children. They allocate decision-making authority between parents and explain the parameters of each parent’s access to the child, including legal and physical custody.

Parents can create parenting plans independently or work with a mediator to submit a joint parenting plan. Alternatively, each parent may submit a separate plan.

In all cases, a judge will review the plan and approve, modify or deny it based on the child’s best interest.

Specific issues to be decided in a parenting plan can include, but are not limited to:

Modifying a Custody or Visitation Order

After a judge issues a custody order, it remains in force until a child reaches 18 or the order is modified. A parent who violates a custody order can face sanctions, including contempt of court charges, fines, and in rare cases, jail time.

Either parent can file a petition to modify custody. However, before a judge grants a change, the petitioning parent must prove that a material change in circumstances has impacted the child’s well-being.

The court will review these changes and then rule on granting the modification if it determines that a custody adjustment is in a child’s best interests.

Custody modifications may be considered due to:

Child custody modifications are common in Georgia. It’s a good idea to review your options and potential actions with an experienced family law attorney before moving forward.

What are the child custody rules for unwed parents?

When a married woman gives birth, she and her husband have equal parental rights, and under Georgia law, the husband is presumed to be the father.

When an unmarried woman gives birth, she has sole custody of the child until a court rules otherwise. A father must establish biological paternity and legitimacy (i.e., designating him the legal father is in the child’s best interest).

You will need a legitimation order to show you’re fit to parent. The child’s parent or legal guardian can sign a Consent to Legitimation form included in the legitimation packet. Otherwise, a father must prove his case in court.

Can a custodial parent move to another part of Georgia or out of state?

Yes, but it is not a simple matter of picking up and moving which child custody issues are in play.

A parent who changes their residence must give notification to the other parent. Also, if the parent changing residence is the custodial parent, the notification must be given in writing at least 30 days before the move to any other person granted visitation rights or parenting time per the custody order.

Parents have the right to challenge the move if they do not feel it is in the child’s best interests or if it will significantly impact visitation and other rights that a parent has with the child.

Child support in Georgia is calculated based on a formula that considers both parents’ income and necessary expenses for the child.

Suppose you care for the child for more time than average, either because of joint custody or increased visitation. In that case, your child support responsibility may be reconfigured at the courts’ discretion. Judges can raise or lower a child support amount based on several factors.

Also, note that if a parent does not pay child support as ordered by the court, the custodial parent cannot refuse to allow visitation. Child support and visitation are two separate issues that are not connected, and withholding visitation could put you in contempt of a child support order.

When a child reaches age 14, they can choose a custodial parent. The judge honors the child’s wishes unless that parent is unfit.

A judge may also consider a child’s wishes between ages 11 and 14, but the child’s educational needs are also a factor.

A child’s choice of the custodial parent is not absolute. The court retains final decision-making authority and will base a decision on several other factors to determine the custody arrangement best suited to the child’s needs.

In addition, a custody evaluator or guardian ad litem’s recommendation can also impact the judge’s decision.

Sometimes, a judge grants custody for six months to see if an arrangement works before making a permanent decision.

Does Georgia favor mothers over fathers in custody cases?

Georgia courts do not give preference to mothers or fathers when deciding custody issues. All decisions are based primarily on the child’s best interest and the parent’s ability to work together and carry out any joint custody agreement.

Do grandparents have visitation rights in Georgia?

In some cases, someone other than a child’s biological parents may be best suited for custody. A third party, such as grandparents, may be awarded custody when the court determines parents are unfit, often due to abuse or neglect. 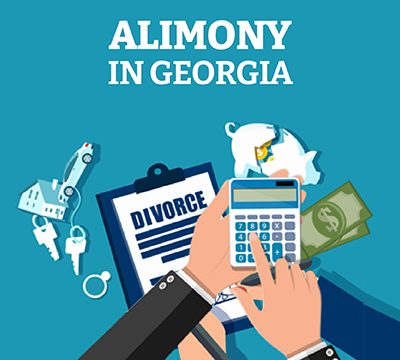 Alimony and Spousal Support in Georgia 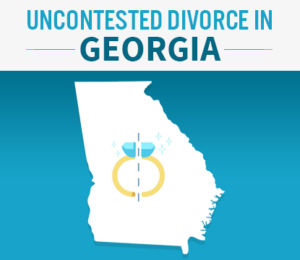 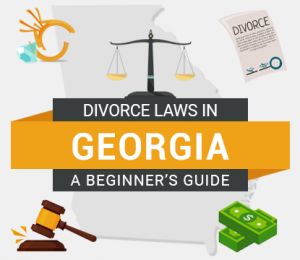