A Guide to Alimony in Connecticut

Learn about alimony laws in Connecticut and what a court considers when determining spousal support awards.

Dec. 26, 2022
Survive Divorce is reader-supported. Some links may be from our sponsors. Here’s how we make money.

If you are facing divorce, alimony is one of the issues you and your spouse need to resolve.  Here’s what you need to know before you begin negotiating.

Who is Entitled to Alimony in Connecticut?

Alimony is also referred to as spousal support or maintenance in Connecticut.  It is money paid from one spouse to the other as part of a divorce or when they legally separate.  When appropriate, a court may require the person with higher earnings to assist the person earning a lower wage to maintain a lifestyle similar to the one they had during the marriage.

Types of Support in Connecticut

Connecticut courts may award different types of alimony depending on the individual circumstances of a case.

While a divorce is pending, spouses often need time and resources to adjust from one to two households.  To cover this transition and until a divorce becomes final, a judge may order temporary support, also known as pendente lite alimony.  This literally translates to “pending the litigation.”

This award typically remains in effect until the divorce is finalized.  At that time, the judge may issue a new support order with different terms or may elect to continue alimony much the same way as when the case was pending.

This temporary alimony ends after a set period based on the judge’s discretion regarding when the less-monied spouse should have become self-sustaining.  Often, the spouse is given time to get more education or training to improve their economic standing when they become employed.  This type of alimony is also referred to as rehabilitative alimony, or time-limited alimony.

The other type of alimony is permanent or lifetime alimony. It is less commonly awarded and usually given to a spouse who cannot become self-sufficient due to age, health, or other similar reasons. It’s also more likely to be awarded in long-term marriages of 20 years or more. When awarding permanent alimony, courts must specify their reasons.

Although it is called permanent alimony, this type can terminate when either party dies or upon the remarriage of the alimony recipient.  It’s also possible to modify permanent alimony if other significant changes occur after the fact.

When the court evaluates whether to award lifetime alimony, the judge may also consider the reasons for the divorce, such as adultery, willful desertion, or intolerable cruelty.

Spouses can also forge an agreement regarding alimony on their own.  This is preferable because it gives spouses more control instead of a judge who does not know the case or the spouses.  When a couple goes this route, the agreement will still need to be reviewed and approved by the judge.

No formula governs the calculation of alimony in Connecticut. A judge has discretion over how much alimony will be awarded, if at all.

Before a court awards alimony, the judge must consider the factors outlined in Connecticut’s alimony statute (Conn. Gen. Stat. §46b-81).

In addition to a demonstrated need and ability to pay, these factors are legally required to be considered by a judge when determining alimony payments.

The factors the court considers when awarding alimony are:

When an award of permanent alimony is considered, a court will factor in the reason for the divorce.  Specifically, a judge will ascertain if certain types of spousal misconduct (such as adultery, abuse, and spousal abandonment) were present.  If so, this may affect the amount of the alimony and the length of time a spouse receives it.

How does permanent alimony affect a spouse who wants to retire?

Are there instances when alimony can continue after a paying spouse passes away?

In some situations, the court will order the payor to obtain life insurance or other security instruments so that alimony payments can still be paid if they pass away.

Unless specifically spelled out in a final divorce decree, either party can request modifying alimony at any time.

If the parties agreed that the alimony award would be non-modifiable, neither spouse may seek a modification, regardless of the change in circumstances.

Modification typically occurs when there is a substantial change in financial circumstances.

Under Connecticut law, if one party proves a substantial change, the court can continue, set aside, alter, or modify the alimony orders.

The court must use the statutory factors outlined above to determine what modification is appropriate.  Substantial changes can include health issues, a job loss, retirement, or even an agreement between the parties.

Alimony payments end when the term of an award expires, the receiving spouse remarries, or one of the spouses passes away.

When a spouse does not pay alimony promptly according to the court’s order, several options can be employed to bring current past due amounts.

The owed amount is known as alimony arrears and can be collected through mediation, small claims court, or wage garnishment.

Because it is a court order, a non-paying spouse may also face contempt-of-court charges.

Connecticut courts can initiate legal action with a Motion for Enforcement or Contempt from an ex-spouse.

A Motion for Contempt requires the ex-spouse to meet a burden of proof. The spouse must show clear and convincing evidence:

(1) that there is a clear and unambiguous court order

(2) that the order has been violated

(3) that the party who violated the order acted willfully

A person guilty of contempt can be ordered to comply with the court orders, pay fines, or sometimes receive jail time.

Read More:  ​​How to Split an IRA in Divorce

Does Connecticut have an “alimony calculator”?

No.  Cases are determined individually due to many factors that family judges must consider during the process. Also, each judge can exercise complete discretion when determining alimony, rendering any type of calculator completely ineffective.

Does adultery affect alimony in Connecticut?

Yes. Many states have gone to a “no-fault” divorce model, which means a judge will grant a divorce without examining evidence about why the marriage is no longer viable or whose fault it was.

However, Connecticut uses a hybrid model, which permits at-fault and no-fault divorces. While you can end your marriage in Connecticut simply because the marriage is no longer viable, eight grounds determine who is guilty and who is innocent.

A judge can decide whether adultery should be considered and its impact on the marriage.  For instance, judges can increase the amount and duration of alimony payments owed by an unfaithful spouse to an innocent spouse.

Adultery is only relevant when the court makes its initial decision about whether or not to award alimony.  It cannot be used as part of a modification.

How are same-sex couples affected by the alimony process?

For same-sex couples, the length of the marriage is a pivotal factor to examine.  Although same-sex marriage was legalized in Connecticut in 2008 and nationally in 2015, many couples have been sharing assets and living together before this legal recognition of marriage.

Even though a couple may have been living as a married couple before the legalization of same-sex marriage, a judge will only consider the length of the marriage from the legal start of the marriage, which at the earliest is 2008. 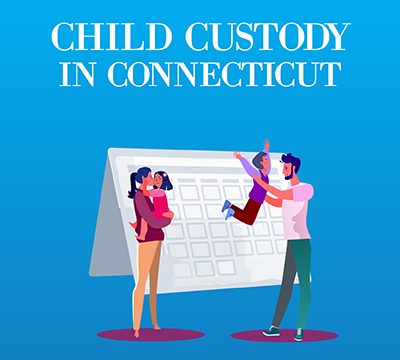 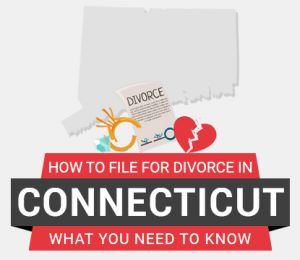 How to File for Divorce in Connecticut 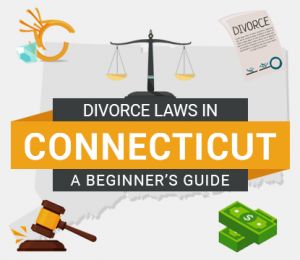