Spousal Support and Alimony in Ohio

Alimony is officially referred to as spousal support in Ohio, but the two terms are interchangeable. If you’re facing the possibility of paying or receiving alimony as part of your Ohio divorce, here are several things you must know as part of the process.

Types of Alimony in Ohio

There are two types of spousal support in Ohio.

Temporary support is common in cases where there is a significant difference in the spouse’s incomes, where one spouse regularly paid household and marital expenses, or when one spouse is unable to be financially independent during the divorce process which can take a year or longer to finalize.

Permanent spousal support is a bit misleading but refers to alimony awarded after a final divorce. Permanent simply means that it is the judge’s lasting and ultimate decision. Either spouse can request a modification or termination to the support in the future if certain conditions are met.

Courts typically reserve permanent spousal support awards for cases where one spouse cannot be self-supporting, such as when one spouse left the workforce to raise a family or advance the other’s career. It can be difficult to reenter the workforce without the necessary job skills in cases like this. Permanent alimony provides enough financial assistance to get an education and training to become financially independent eventually.

Either spouse can request support, but only spouses who can demonstrate a need for assistance and the other’s ability to pay will qualify. Although there is no specific formula governing alimony in Ohio, the longer a couple is married, the more likely the judge will award alimony.

Read More: How to File For Divorce in Ohio

How is Alimony Calculated in Ohio?

Unlike child support, courts do not follow specific calculations deciding whether to order alimony or when determining the type, amount, manner, and duration of payments.

Ohio courts assume each spouse contributed equally to the marital income, either by working outside the home or by taking care of the home or children so that the other spouse could earn income.

Ohio law states that a court must consider several factors to reach a support award that the court deems equitable to both parties.

The Court Considers These Factors

In determining whether spousal support is appropriate and reasonable, and in determining the nature, amount, terms of payment, and duration of a final spousal support order, which is payable either in gross or in installments, the court shall consider all of the following factors:

After the court determines an award of spousal support is appropriate, the judge will specify the duration and amount of payment information to the parties. Courts may order a lump-sum payment with personal or real property or cash if a spouse has funds available.

Most parties can’t afford to pay the support award upfront, so the court will usually order periodic payment installments.

To ensure payments are timely, courts often issue an income withholding order to the paying spouse’s employer, which requires an automatic withdrawal from the spouse’s paycheck.

Read More: How Should I Prepare For a Divorce?

How Long Does Spousal Support Last?

How long alimony lasts often depends on how long a marriage has lasted. The length of the marriage can affect both the duration and amount of the support order.

While courts calculate alimony on a case-by-case basis, when lifetime support is not awarded, the general rule of thumb is for spousal support to be awarded for one-third of the length of the marriage. For example, if a couple had been married for 12 years, the court might order spousal support to be paid for four years.

Alimony ends when either party dies unless the approved court-ordered award states otherwise. Permanent support ends when the recipient spouse remarries or cohabitates with a new partner.

In situations where a spouse could support themself but currently lacks the skills or experience to do so, the court may set a specific end date for spousal support. That creates a deadline and spurs the recipient spouse to do what is necessary to gain skills to reenter the workforce. With end-date cases or conditional alimony cases (such as finding employment), a judge may request frequent updates from the recipient and payor to ensure both parties are acting in good faith to uphold the arrangement.

When an original alimony award is issued, the court can include a provision to retain jurisdiction to hear any motion requesting a modification of the existing award. The spouses can also agree to make the order modifiable. The order isn’t modifiable if the divorce decree doesn’t say that the court retains jurisdiction.

If the court has retained jurisdiction to modify spousal support, the court can only order a modification where the person asking for the change can show there has been a material or substantial change in the circumstances of either party.

Some examples of a change in circumstance include:

If you finalized your divorce on or before December 31, 2018, payments are tax-deductible to the paying spouse and taxable income to the recipient.

However, if you didn’t finalize your divorce until January 1, 2019, or later, new changes to the Tax Cuts and Jobs Act eliminate the tax deduction and reporting requirements.

How long do you have to be married to get alimony in Ohio?

Realistically, no minimum marriage length will qualify a spouse to receive alimony. However, one of the most important factors in determining if alimony is warranted is the duration of the marriage.

Courts are reluctant to issue permanent alimony for short-duration marriages. Still, if other factors come into play that justify an award, you may be able to receive alimony payments depending on how the judge views your case.

Can alimony be collected if you’re not married?

Ohio divorce law does not recognize common law marriage, cohabitation or domestic partnership as a legal form of marriage, so you will not be able to petition the court for alimony under these circumstances.

What happens if my spouse gets remarried?

Suppose the court ordered a lump-sum alimony payment or alimony by property transfer. In that case, the paying spouse must still complete the payment or transfer regardless of whether the supported spouse remarries.

A judge can only terminate periodic or monthly alimony awards when a spouse remarries.

The exception to this may be when a former spouse receiving alimony remarries or begins cohabiting with someone else. Check your settlement agreement and divorce judgment to see what specific terms relieve you of the alimony obligation.

If your judgment contains specific language about how remarriage affects your alimony obligation, you’re bound by those terms.

If you have a valid case for terminating alimony based on a change in marital or living status, you’re still obligated to keep paying until you petition the court to modify or terminate alimony by showing a substantial change in circumstances.

If a court determines that change makes alimony unreasonable or inappropriate, the judge can reduce or terminate support.

What happens if alimony isn’t paid in Ohio?

In some divorces, for various reasons, a former spouse may fall behind or stop making alimony payments. A refusal to pay spousal support is a violation of court orders. When this happens, a recipient spouse has several possible enforcement actions that the courts can take to correct the deficiency.

Unpaid alimony is a debt known as alimony arrears. That essentially asks a judge to order your former spouse to pay all overdue payments and ensure no future payments are missed. Many people start by filing a motion for contempt or enforcement to collect on this debt.

In response, judges have a substantial amount of discretion regarding punishments. Some of these include:

The support recipient has the burden of proof that a court order for spousal support exists and that the payor has not complied. For this reason, if you’re considering legal action, be sure your case is well documented.

Ohio has “at-fault” and “no-fault” divorces.

In a no-fault divorce (also known as dissolution of marriage), either spouse can seek to end the marriage if the parties have been “living separate and apart for one year without interruption and without cohabitation” and if both spouses agree (or neither disputes) that they are incompatible. Marital fault has no bearing on these kinds of divorces.

Custody of any children, and any child support required between parties of the divorce, are two factors considered in alimony payments.

If the children’s custodian can’t adequately provide financial support for themselves due to the children’s ages or conditions that hinder the parent’s ability to support the child, such as remaining at home to care for the child, it would influence an alimony case. 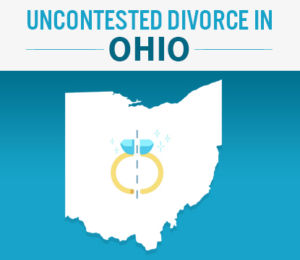 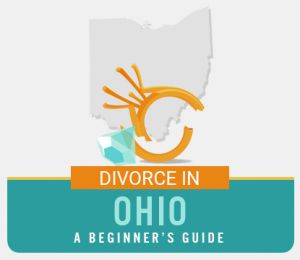 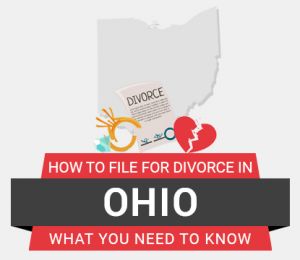 How To File For Divorce in Ohio