Learn about Oklahoma alimony laws, the types of spousal support, and what factors a judge considers.

Dec. 13, 2022
Survive Divorce is reader-supported. Some links may be from our sponsors. Here’s how we make money.

Alimony is a court-ordered payment from one spouse to the other during or after divorce. Whether you’re the high-earning or low-earning spouse, you have every right to be concerned about how alimony will impact your financial picture.

Who is Entitled to Spousal Support in Oklahoma?

Spousal support and alimony are used interchangeably in Oklahoma law.

They describe payments from one spouse or ex-spouse to another that is usually part of a divorce, after a divorce, or during a legal separation.

Alimony is intended to help recipients maintain their living standard after divorce and is considered rehabilitative. This is interpreted as temporary alimony to give the other party time to get on their feet financially.

There is no minimum amount of time required in a relationship to award alimony, although the longer the marriage, the more likely it will be awarded.

If these factors are met, then the court will drive down to the next level of detail.

Types of Support Available in Oklahoma

The petitioning party will also have to prove that they are entitled to alimony by submitting relevant evidence, such as bank account statements, pay stubs, medical records, and written statements that explain why they had no income or why they were not supporting themselves throughout the couple’s marriage.  An example of this might be if a spouse was required to stay home from work to take care of the couple’s family and household, while the other spouse was able to pursue and work on their career during the marriage.

Temporary support, sometimes called pendente lite alimony, may be awarded because a divorce can take several months to years to complete.  In these cases, it’s common for a financially dependent spouse to require help paying for basic living expenses and necessities during the process. If the court orders temporary alimony, it ends when the judge finalizes the divorce.

In most divorces, both spouses have the potential to become self-supporting, but for some, it takes additional time (and money) to get there. Rehabilitative support is the court’s method of helping a dependent spouse become financially independent by allowing the recipient time to acquire job skills or the education necessary to find suitable employment.

An example of when rehabilitative alimony could be awarded is when one spouse left the workforce for a period to raise a family or to support the other’s career. Judges will typically place an end date on short-term alimony.

Permanent alimony is less common than in the past, especially in short-term marriages. Judges usually limit it to long-term marriages where one spouse cannot become self-supporting due to advanced age, physical or mental disability, or a long absence from the job market.

It’s rare for judges to award permanent support indefinitely, but if the court doesn’t specify an end date, alimony will continue until either spouse requests a modification or termination.

The most common form of alimony payments are periodic, usually monthly or quarterly, which paying spouse makes through wage garnishment, direct deposit, or checks to the recipient.

Spouses can determine alimony arrangements before a divorce hearing instead of having a court decide for them. In these cases, the parties can submit their alimony plan to the court for approval during their divorce hearing.

What Factors Are Used to Determine Spousal Support?

Oklahoma does not use an explicit list of factors for alimony payments in its state statute. Courts have a lot of discretion in deciding alimony issues and may choose some or several factors to help them reach a decision.  Oklahoma also does not provide a set formula to calculate alimony in its state laws.

Although alimony is considered on a case-by-case basis, courts have used these factors in the past:

The law does not require a court to consider any or all of these factors. This is a list of factors that Oklahoma courts have used to determine the alimony recipient’s needs and the other spouse’s ability to pay.

Lump-sum payments and property transfers are non-modifiable, and the court will not review these types of awards later.

Suppose you’re receiving periodic payments, and you can demonstrate there’s been a change of circumstances relating to the need for support or ability to pay. In that case, a judge can review your case.

However, the court won’t modify support unless the new circumstances are substantial and ongoing, making the current award unreasonable.

For example, if a spouse receives rehabilitative alimony during job training and becomes employed to the degree they become financially independent, the court will review the order and modify it to reflect the changes.

Or suppose the supported spouse begins to cohabitate with a third party while receiving alimony. In that case, the paying spouse can file a motion for modification or termination, and the court will review the case.

Alimony terminates when a recipient gets remarried unless, within 90 days of the remarriage, the recipient filed a motion in court requesting that the payment continue.  The recipient must show that they still need support and that a continuation of support would be equitable.

Alimony also ends when the recipient or the payor dies.

When an ex-spouse does not make alimony payments promptly, they violate a court order, and the other spouse can file a formal request for enforcement with the court.

Courts have a lot of discretion in deciding punishments or fines they can impose on delinquent spouses.  Let’s take a look at some of the ways the court may address noncompliance.

A paying spouse’s willful disobedience of a valid court order to pay alimony may be punished by contempt. If a judge finds your ex-spouse in contempt, the first punishment will likely be an order to pay the overdue support and possibly an additional fine. If an ex-spouse continues to disobey the order, the judge may order jail time for the continued disobedience.

Many Oklahoma alimony orders start with an income withholding order, requiring the payor spouse’s employer to withhold the alimony amount from the payor spouse’s paycheck and send it directly to the supported spouse. This arrangement guarantees that a party will receive alimony if the other party remains employed.

Income withholding orders won’t work with self-employed or unemployed payor spouses. If a spouse is self-employed, you can ask the court to order your ex to set up a trust account to access if you don’t receive payments on time.

If a spouse is willfully unemployed, you can ask a judge to order a spouse to look for work and impute income to your spouse based on their earning capacity based on education, job skills, work history, and job opportunities.

A judge can award you a portion of your spouse’s bank accounts, CDs, and other assets through the courts.

If a spouse owes a substantial amount, ask the court to issue a money judgment against your spouse for the total amount owed and interest. You may also be entitled to reimbursement for the attorneys’ fees you incurred concerning the efforts to get your overdue alimony paid.

The same is true of alimony paid under a divorce or separation instrument executed before 2019 and modified after 2018 if the modification expressly states that the maintenance isn’t deductible to the payor spouse or included in the recipient spouse’s income.

Do the courts consider gender when awarding alimony?

By law, gender preference in awarding alimony is considered discriminatory and not allowed.  Alimony may be awarded to either spouse based on need and the ability to pay.

Is marital misconduct a factor in awarding alimony?

A court may not consider a spouse’s misconduct in determining alimony.

However, if the need for one spouse arises because of the other spouse’s misconduct, marital misconduct may be a factor in deciding whether to award alimony.  For example, if one spouse spent lavishly on another person during an adulterous relationship, that could rise to the standard the court would consider impactful.

Is there a rule of thumb for how long alimony lasts?

The length of time that alimony payments last depends on the couple’s circumstances and court rules.  Although courts have considerable discretion in how long alimony lasts, some family law courts in Oklahoma use a standard that one year of alimony is to be paid for every three years of marriage.

In some cases, a judge may decide to award alimony indefinitely. This can happen in situations where a recipient spouse has a medical condition that prevents them from being able to get a job or from supporting themselves. 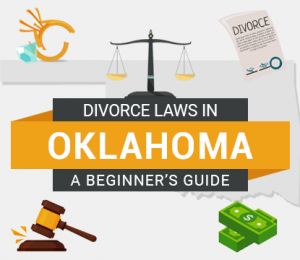 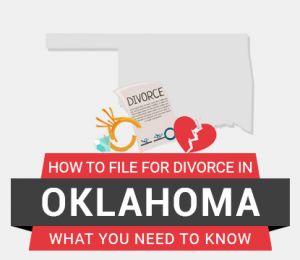 How to File for Divorce in Oklahoma 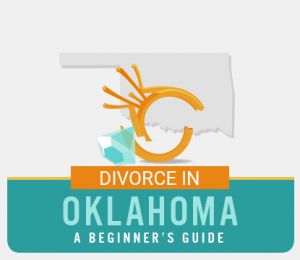