Soberlink Review: A complete rundown on this alcohol monitoring system

May. 6, 2022
Survive Divorce is reader-supported. Some links may be from our sponsors. Here’s how we make money.

In this guide, I’ll break down everything you need to know about Soberlink – the good, the bad, and the ugly.

In fact, I used Soberlink for about a year and it played a critical role in my recovery. (I’ve been sober 5 years and counting.)

With that, let’s dive in.

What is a Soberlink device?

Soberlink creates a system of accountability through a comprehensive alcohol monitoring system. 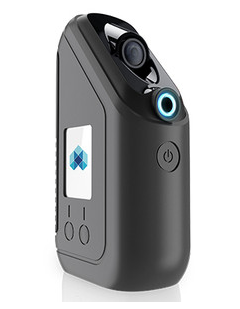 A Soberlink device is a portable professional-grade breathalyzer with wireless connectivity that uses state-of-the-art technology. Built-in safeguards include facial recognition software to ensure that only the person to be tested can use the device. Other tamper-proof features also ensure a reliable and accurate process.

Realtime reporting to designated monitoring parties, such as spouses, friends, or others that you determine, means that a person who is flagged for failing a test can be followed up with immediately.

How does Soberlink work?

Soberlink is a handheld portable device that has an electrochemical fuel-cell sensor. This sensor generates a response that is proportional to the Breath Alcohol Concentration (BAC) when a person provides a breath sample. It is specifically designed to detect alcohol and does not respond to other substances that may be found on a person’s breath.

The sensor is made by Dart Sensors, one of the largest original equipment manufacturers of fuel-cell technology and widely used by law enforcement agencies throughout the United States.

There are also several proprietary technologies that can tell if the sample being provided comes from human breath. This means the device can’t be manipulated by blowing artificial or compressed air into it. If the sample is determined to be incompatible with human breath, an alert will be sent to specified contacts.

The device uses facial recognition technology to confirm a user’s identity for each test. If the software can’t adequately identify the user, then the identity is declined for that test, and alerts will be sent out.

Using Soberlink is easy. If required, participants can take a Soberlink test several times a day with each test taking less than a minute.

Soberlink also has a patented retest system. This allows up to seven data points to evaluate a single drinking incident. If a test is positive, the user is prompted to retest every 15 minutes until there is no longer a positive result or six retests have been submitted.

Does Soberlink test for drugs?

No. Soberlink only detects the presence of alcohol in a test subject.

How much does Soberlink cost?

The cost for Soberlink varies by what your specific needs are.

You have options when deciding exactly what kind of Soberlink device best fits your particular situation. This cost will be in addition to monthly monitoring costs. 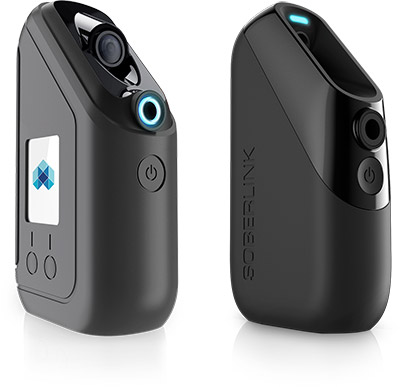 Monitoring costs will vary based on which plan you choose.

You have the option of Parenting Time Only, Daily Testing, or the Soberlink Share Program. 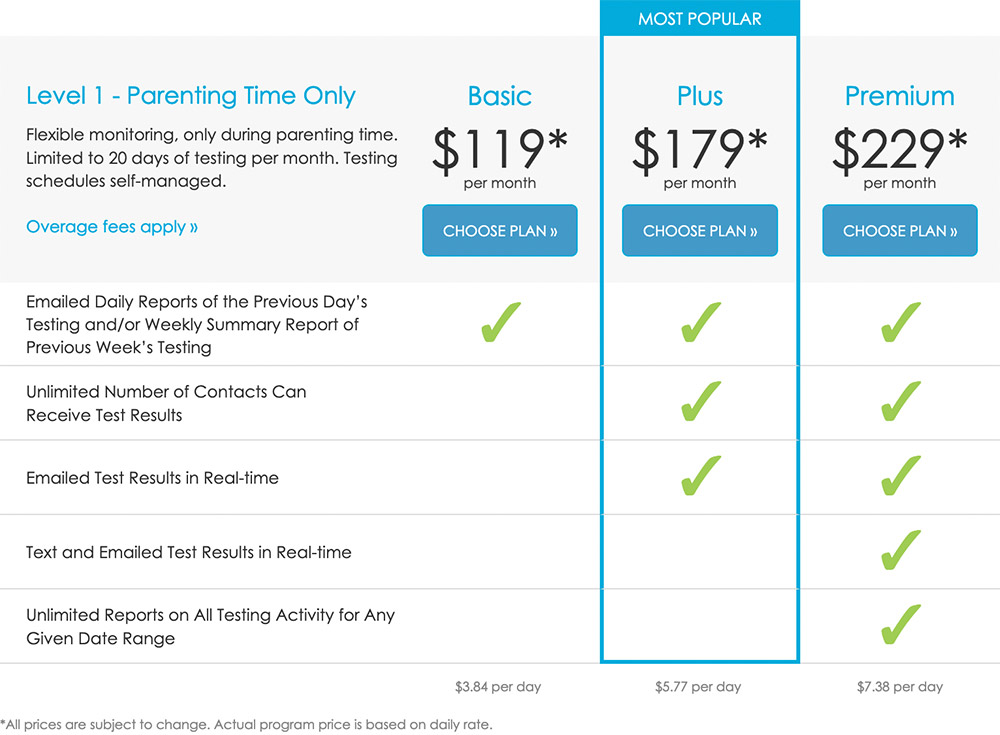 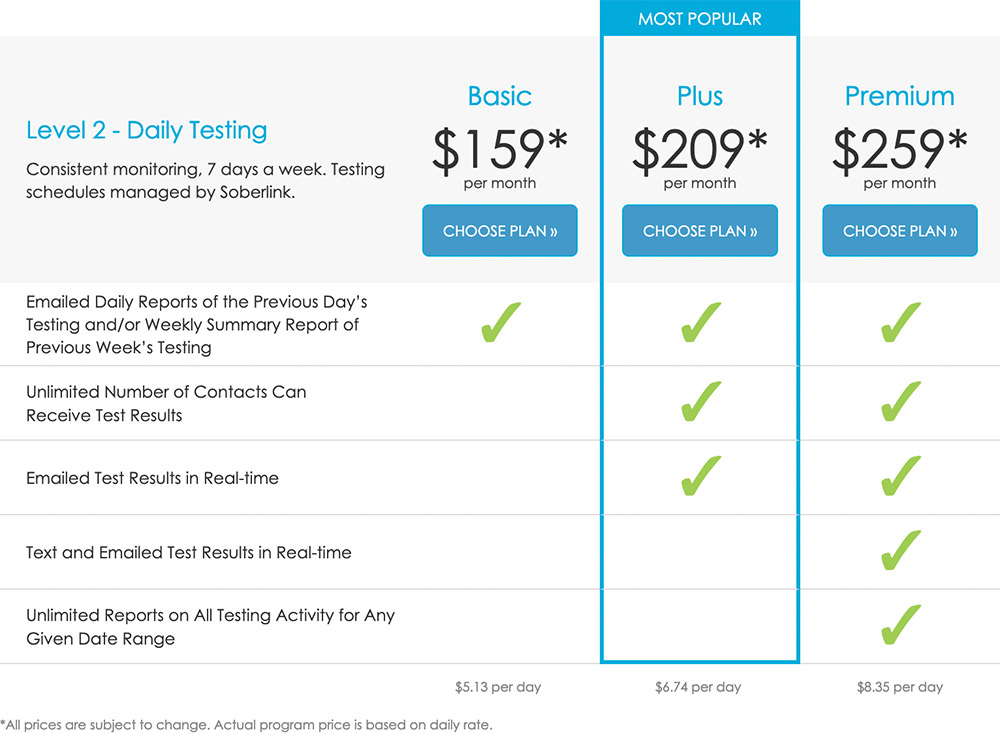 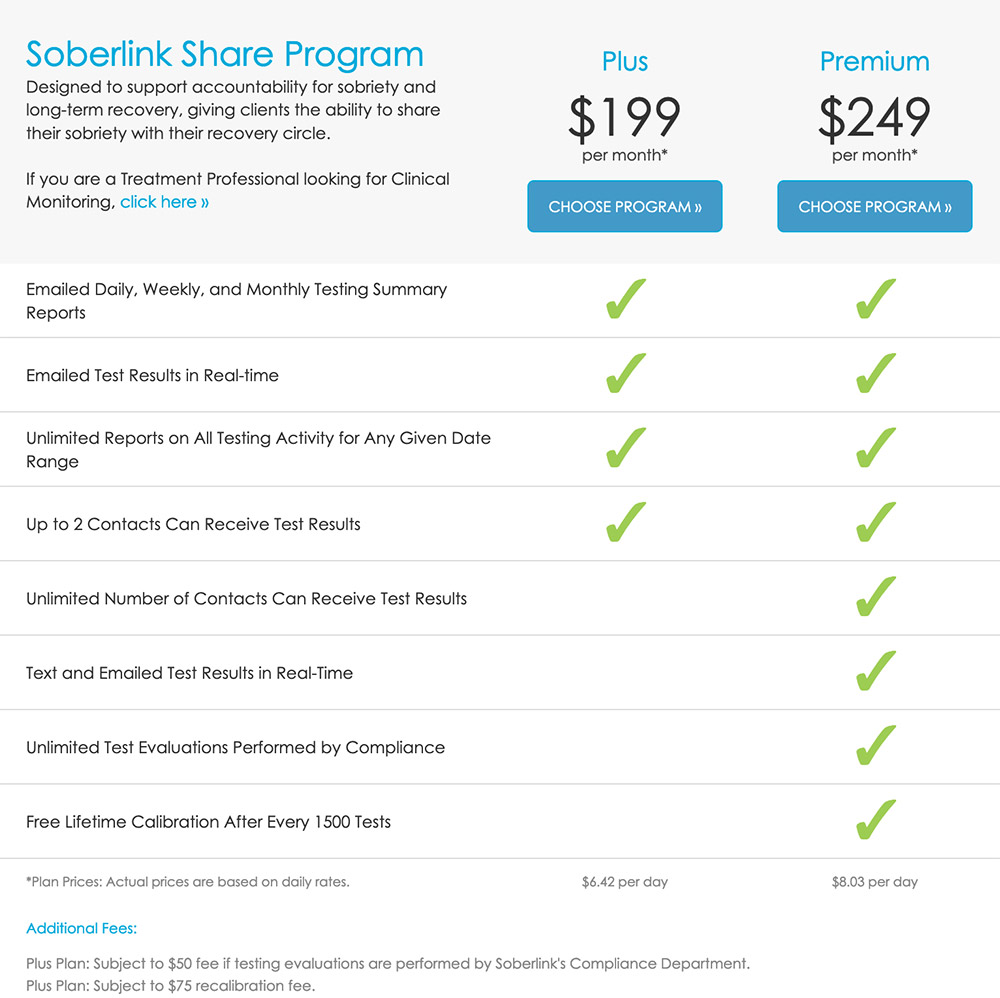 Get started with Soberlink here >>

Is Soberlink covered by insurance?

Soberlink is not currently covered by major health insurance carriers.

However, the Soberlink System does qualify for reimbursements under Flexible Spending Accounts (FSA). You will need to check with your employer about your company’s FSA program.

Soberlink Devices are commonly used in family law courts across the United States.

In some cases, allegations of drug and alcohol abuse may impact how child custody is determined. Because the best interests of children in a divorce are always paramount, family law courts are quick to err on the side of caution when determining custody.

For example, California Family Code §3011 specifically requires the court to consider the abuse of drugs or alcohol by either parent.

Soberlink uses fuel cell technology employed in preliminary tests by police officers in DWI cases. These results can also be admitted into evidence at a divorce hearing or trial in a family law case in most circumstances.

How is Soberlink used in divorce?

Judges and custody mediators are required to make difficult decisions about custody and visitation with limited information.

When there’s a lack of evidence, this often turns into a case of he said, she said. Judges may make orders for alcohol monitoring in order to obtain objective evidence.

That’s where Soberlink comes in. Soberlink makes it possible for reliable and ongoing testing at an affordable cost so that additional facts can be entered into the record.

This type of alcohol monitoring can benefit both the accused and the accuser.

If you’re facing allegations of alcohol abuse, Soberlink can provide you with objective evidence of your sobriety during your parenting time. In fact, Soberlink may be an alternative to supervised visits.

On the flip side, if your co-parent suffers from alcoholism, Soberlink can give you peace of mind to know that they’re maintaining their sobriety.

What are Soberlink’s advantages for family law situations?

When alcohol monitoring is required as part of a custody case, Soberlink has several advantages over other forms of monitoring:

Soberlink has also published a white paper on the admissibility of Soberlink results in family law cases. You can access the document here.

Soberlink offers two possible levels that can be used in a family court situation.

Level 1 is employed when testing is only required during parenting time. Testing is flexible and easily changed to be consistent with the changing schedules associated with a co-parenting situation. A monitored client only needs to submit to tests during those times they are with their children.

Learn more about the Parenting Time Only program here.

Level 2 requires daily testing, whether a parent is with their children or not. A set schedule is the most effective way to monitor someone who requires more oversight so that daily sobriety can be documented. The Soberlink System manages testing times and sends reminder text messages for scheduled tests. It also documents missed tests. Typically, a Level 2 participant will take three or four tests every day during waking hours.

In most cases, this means a client will take the first test of the day shortly after they wake up and the last test of the day just before bedtime. If other tests are required, they are spread out evenly throughout the day.

How accurate are test results?

Has Soberlink been challenged in court?

Soberlink has successfully testified, defended, and validated the accuracy and reliability of the Device in court hearings throughout the United States.

The Soberlink Cellular Device only transmits data in the United States. If you plan to travel and need to be monitored outside of the US., you will need to purchase either the GSM Cellular Model or the Connect Model. The Connect model works with Apple or Android.

Is it possible to verify that the right person is taking the test?

Soberlink uses state-of-the-art facial recognition technology to verify the identity of a person who is supposed to be taking each breath test. If the tester’s identity can’t be confirmed, notifications can be sent to contacts who are enrolled to receive alerts.

What about temperature restrictions?

To achieve the most accurate results, breath tests should be taken in temperatures between 32°F and 122°F. Outside of this range, the Soberlink Cellular Device will not send a result and issue a temperature warning.

What happens if a test result is positive?

Sometimes, incidental alcohol contact takes place. Clients should not eat, drink, smoke, or interact with any products that contain ethanol 15-20 minutes prior to testing. It’s also recommended to rinse out your mouth before testing. Incidental exposure to alcohol from things like mouthwash should dissipate within 15 minutes, and a subsequent test should produce a compliant result.

Many people are concerned about sharing data with a third-party provider, especially since there have been several high-profile data breaches in recent years. Soberlink has addressed these concerns by building in several safeguards.

Administrative Safeguards. Security is a top priority at Soberlink, so access to patient data is strictly enforced.

All employees must sign a confidentiality agreement as a condition of their employment. Formal practices are also in place to assign appropriate personnel access to data and govern the proper movement and handling of that data.

Soberlink has been praised widely by Family Law and the sobriety treatment communities.

That status was elevated recently when it was included in an expert panel consensus paper about the use of remote monitoring in the clinical treatment of alcohol use disorder.

The paper was written by a panel of use disorder treatment and research experts and was published in the Journal of Addiction Medicine. The paper concluded that remote monitoring for alcohol consumption could play an important role as a deterrent, early detection, and intervention.

You can also find several testimonials on the effectiveness of the Soberlink System on the company’s website.

Some legal actions against Soberlink have been brought in the past, but those appear to be largely behind the company as it moves forward.

If you search online, you won’t have a hard time finding complaints about the device. Take these with a grain of salt. It wouldn’t surprise me if the majority of these complaints came from individuals who weren’t able to maintain their sobriety which resulted in a loss of their parenting time.

I can personally say that I used the device daily for a year and didn’t have any false positives. And I’ve been sober ever since.

How do I Purchase Soberlink?

You can purchase a Soberlink Device here.

Ross Garcia is a divorce mortgage maven. Ross is the founder of Divorce Mortgage Advisors and co-founder of Survive Divorce. Ross is passionate about sharing his expertise in real estate and mortgage issues in divorce so you can make savvy financial decisions. 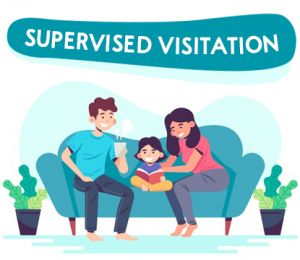 How Does a Supervised Visitation Order Work? 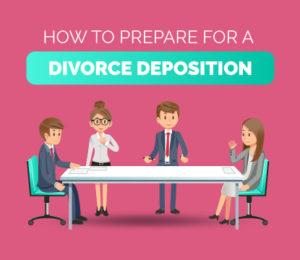 How to Prepare for a Divorce Deposition 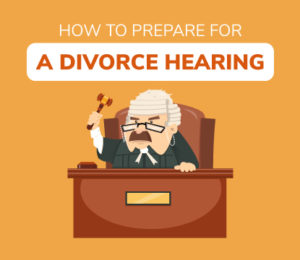 How to Prepare for a Divorce Hearing