Find out how child custody is determined in Virginia, how custody orders are modified, and more.

This is a complete guide to child custody in Virginia.

So if you have custody issues that need to be resolved, this guide is for you. Let’s get started.

What are the Types of Child Custody in Virginia?

The Code of Virginia §20-124.1 defines legal and physical custody.

Legal custody is the authority to make decisions relating to the child’s care and control, including things like education, medical care, religious upbringing, etc.

Legal and physical custody is further partitioned as joint or sole custody. Virginia strongly prefers that both parents should be actively and routinely involved in the care and upbringing of their children, so in most cases, joint custody is awarded.

However, joint versus sole custody is determined on a case-by-case basis. Even when joint custody is awarded, it is often not on a 50/50 basis. For instance, if a child’s parents have joint legal custody, a father retains equal parental rights even though a child may live primarily with the mother.

This is the most popular custody arrangement in Virginia and many other states.

Sole physical custody and sole legal custody give one parent all the deciding power and authority regarding the child. Most of the time, the child will live full-time with the custodial parent who retains sole custody, although the other parent will likely be awarded visitation.

Sole custody is typically limited to extreme cases of conflict in the family, such as:

Because divorces and custody issues can take a long time to resolve, a judge may also create a temporary custody order. These pendente lite orders last only for the court proceeding and are then replaced with permanent orders. Temporary orders address custody and visitation, child support, spousal support, payment of debts, costs, attorney’s fees, and exclusive use of the marital residence, among other issues.

The Juvenile and Domestic Relations Court in Virginia establishes custody. From this, judges must use a series of factors to help flesh out the best course of action related to a custody order. In all cases, the child’s best interest is the primary consideration.

When filing for child custody, the advocate should file the petition in whichever county the child last lived in for a consecutive six months. Even if you do not file in the appropriate county, your case can still be heard, but if there’s an objection, the case will be moved to the home county.

Courts tend to favor the status quo, meaning if one party stays in the marital home with the minor children, they will start with an advantage in custody issues. They can argue that the children are comfortable in a familiar environment, with established neighborhood friends nearby and the peace of mind in maintaining the same school.

Judges also want to hear which parent is primarily responsible for day-to-day events and activities with the children, including medical care, educational involvement, extracurricular activities, morning and bedtime routines, meals, and domestic care. This is part of a more extensive determination of the bond between each parent and the children.

Virginia child custody laws also instruct the court to consider the child’s “reasonable preference” on custody and visitation “if the court deems the child to be of reasonable intelligence, understanding, age, and experience.” However, this input will vary significantly from case to case in Virginia.

Before a child custody hearing can take place in Virginia, the state requires all parties in a contested child custody case to attend a four-hour educational parenting class. If you choose not to complete the required parenting class within the scheduled time frame, the judge will unlikely grant you custody of the child.

The role of mediation

It’s often better to negotiate a child custody agreement than to litigate. One of the most effective ways to accomplish this is through mediation. A neutral third party will help the parents work through issues to reach a mutually acceptable agreement. If parents can’t agree, a judge will have the final say.

What to know about home studies and Guardians ad Litem

To gain a clearer understanding of the issues and concerns each party faces in a custody battle, the judge may order home studies which involve sending a social worker to the homes of each parent. The social worker will evaluate each home, speak with each parent (and sometimes the child), and report to the judge.

Child support and child visitation are legally two separate matters, and parents have the right to meaningful relationships with their children. If you withhold visitation under these circumstances, you’re violating a court order, and you could be held.

In connection with support and visitation, if one parent refuses visitation to the other parent, the parent paying support cannot use that as a reason to withhold or stop paying child support.

Can a judge order supervised or no visitation?

While Virginia favors a visitation and custody arrangement that keeps both parents involved in their children’s lives, the overriding factor of the child’s best interests still applies in all cases.

What are the Best Interests of the Child Standard?

All child custody decisions are based primarily on the child’s best interests. To help meet this standard, according to the Code of Virginia §20-124.3, a judge must consider the following factors as part of that process.

Several factors may hurt a parent’s chances of obtaining custody under Virginia laws. Some of those factors are:

Virginia custody laws dictate that courts strive for regular and frequent contact between a child and parents. So, if a judge awards one parent physical custody or legal custody, the judge will almost always grant visitation time.

The rules and schedules that govern this arrangement are put into a formal document known as a parenting plan. When possible, parents should try to agree. When that doesn’t happen, the judge will step in and set the parameters instead.

Most times, if parents present a plan to the court, the judge will sign it as long as it serves the child’s best interests.

Parenting plans address general visitation days, holidays, school breaks, and vacations. As part of this, the court considers the distance the non-custodial parent lives from the child and how much contact this parent has had with the child in the past.

Experienced family law attorneys can help craft a plan to meet everyone’s needs. At other times, a mediator might be the best course of action.

Divorce Rules: 22 Laws to Live by for Divorcing Parents

How Do I Modify a Virginia Custody or Visitation Order?

Custody and visitation issues are never permanently settled. Parents, children, and the child’s life situations can change quite a bit. When this happens, it may be in the child’s best interests to seek a modification of an original order.

Modifications are governed under Virginia Code §20-108 and clarify that there must have been a material change of circumstances that took place after the entry of the last order in the case.

The change of circumstances may be either positive or negative. A positive change could be a parent’s remarriage or a new job with a higher salary or a more flexible work schedule. A negative change could be a child developing behavioral problems, one parent struggling with substance addiction, or a criminal conviction of a parent.

Suppose a judge determines there has been a material change of circumstances. In that case, it will examine the children’s best interests by applying Virginia statutory factors, which are the same factors that were considered at the initial custody hearing.

Either parent can request a modification. They assume the burden of proof in proving a material change has occurred.

Can a custodial parent move to another part of Virginia or out of state?

If a parent is attempting to move out of state with a child before a divorce is filed, it’s probably best to file for divorce immediately. This move will ensure Virginia has jurisdiction over the case.

Suppose a move is being discussed after a custody order has been handed down, and it will materially change the relationship between the parent staying behind and the child. In that case, that parent can go to court to have the matter decided by a judge.

In all cases, a judge will review the circumstances and issue a ruling that takes the child’s best interests as the primary deciding factor.

The state of Virginia expects both parents to support their children financially. Virginia custody laws assume the parent with majority physical custody is naturally providing the majority of financial support.

To some degree, yes. Children older than 14 must be asked what they want under Virginia custody laws. Their answer usually carries great weight, so long as it is reasonable.

However, the judge is under no obligation to grant the child’s desires. The final say rests with the court.

Does Virginia favor mothers over fathers in custody cases?

Virginia does not engage in gender preferential treatment during custody battles.

Do grandparents have visitation rights in Virginia?

According to Virginia custody laws, “the court shall give due regard to the primacy of the parent-child relationship but may award custody to any other person with a legitimate interest in the child.”

Someone may show a legitimate interest in the child by presenting the court with clear and convincing evidence that the child’s best interest would be served by awarding custody and visitation to the non-parent. This is often the case when parents are determined to be unfit, perhaps due to substance abuse, neglect, or domestic violence issues.

Persons with a legitimate interest can include grandparents, former stepparents, blood relatives, family members, and others.

How to File For Divorce in Virginia 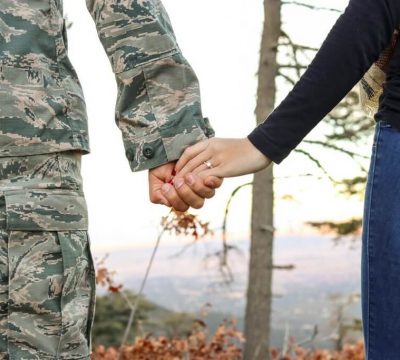 A Guide to Military Divorce in Virginia 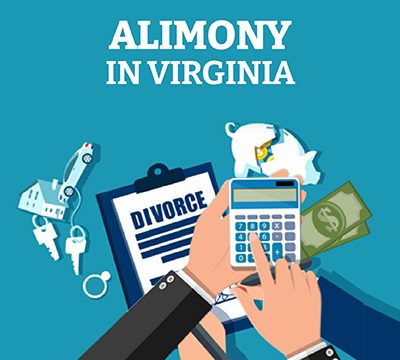 Alimony and Spousal Support in Virginia