Learn how child custody is determined in Washington, how to modify custody orders, and more.

If you’re in the midst of a divorce in the state of Washington and have minor children, you’ll need to address child custody issues.

In this guide, I’ll share an overview of Washington child custody laws and help you understand the process for establishing and modifying custody and visitation.

Generally, a parenting plan covers where children will live, with which parent, and how the parents will make decisions regarding the children.

Judges prefer that the parents create a parenting plan on which they agree. Most of the time, if the parents come up with a solution, the judges will sign off on it as long as it puts the child’s best interests first.

In determining the best interests of the children, a judge looks at each parent’s ability to:

A judge may also consider:

As part of deciding which parent a child will live with, the judge will ask each parent to devise a schedule that includes where the children will be during the weekdays, weekends, holidays, birthdays, and vacations. Parenting plans must be specific and have transportation arrangements.

The judge must also decide whether a parenting plan provides the most loving and stable relationship between the children and each parent. The judge will likely grant more time to the parent who cared for the children’s daily needs before the parents filed for divorce.

In a conflicted divorce, parents who can’t agree to a parenting plan will go to trial, and the judge will decide the matter for them. The judge’s decision becomes a legally binding court order, and both parents must follow it.

Read More: How to File For Divorce in Washington

How is Child Custody Determined in Washington State?

To start the custody process, a judge must confirm that Washington courts have jurisdiction over the child.

If no court has ever entered a custody order about your children, Washington has jurisdiction over them if one of these is true:

Once jurisdiction is established, parents usually attempt to create temporary parenting plans that will be in force while a divorce occurs. The temporary orders end when the divorce is final, and a new set of custody orders goes into effect. These orders cover almost all the same things a permanent order covers after a divorce.

The court is guided by two related concepts when determining child custody. Those are preserving the status quo and determining who the primary custodial parent is.

Because the court’s primary focus is on preserving stability for the children, the court will order a parenting plan that ensures that the children spend most of their residential schedule with their primary parent. This typically results in the other parent having some version of an every-other-weekend visitation schedule.

A judge must consider several factors when deciding a child’s physical and legal custody. They all fall under the umbrella of doing what is in the child’s best interest.

After a judge signs a parenting plan, it is a court order, and both parents must follow it. In extreme cases, deviations may result in legal actions, including contempt of court, fines, and jail time.

The presumption in Washington state is that a child benefits the most from regular and ongoing contact with both parents. However, the judge must limit or completely deny a parent’s time with a child if that parent, or someone living with them, has engaged in:

In high-conflict cases, courts often structure a child custody parenting plan to minimize contact between the parents. This might entail fewer exchanges in favor of more extended visitations or using a pick-up and drop-off at school as the exchange so that the parents rarely have to interact.

High-conflict parents are generally incapable of making major decisions together, so it is common to award sole decision-making rights to the primary parent.

To help parents resolve differences during parenting plan processes and as a way to solve future disagreements, the court may require using Alternative Dispute Resolution (ADR).

Alternative dispute resolution methods include counseling, mediation, or arbitration (instead of litigation).

You must usually pay for an ADR and it can be costly. However, ADR can help you avoid court stress, expense, and unpredictability.

The “Best Interests of the Child” Standard

A judge decides Washington child custody issues by always placing the best interests of the child above all other factors.

A judge must decide whether parents should share parenting time and decision-making authority. To determine whether a shared custody award is appropriate, a judge will consider:

Although no single factor determines the outcome of a custody case, Washington State child custody laws place the most weight on the child’s relationship with each parent.

What is the Washington State Parenting Law for Unmarried Couples

An Acknowledgment of Parentage is a form both parents sign and file with the Washington State Department of Health stating that the person on the form is the only possible father. Hospital staff usually gives an unmarried mother this form in the hospital after the child’s birth, and parents often sign it before the child goes home.

When it is filed with the Department of Health, it has the effect of a court order establishing the person named the child’s legal parent. A signed and filed acknowledgment of parentage naming a person as the father gives that person all a parent’s legal rights and responsibilities.

An acknowledgment of parentage does not automatically create a parenting plan or child support order. It gives unmarried fathers the right to pursue these.

It also means the named parent is automatically responsible for paying child support, but parents must still go through the state Division of Child Support or court to get an order establishing support.

Parents or the state can also file a petition in a superior court asking a judge to decide who the child’s parent is. The judge chooses parentage based on the evidence presented. As part of this process, the judge can order the parent, child, and person believed to be the other parent to take a genetic test. Anyone who refuses court-ordered testing can be held in contempt of court.

A court action can also establish “de facto” parentage. If you are not a biological or presumed parent, you might be able to persuade a judge to give you parental rights by showing:

Only the person who wants to be a de facto parent can file this kind of case.

Parenting plans in Washington can be issued as part of a:

Washington State relies heavily on creating parenting plans to develop schedules and codify the rights and responsibilities of each parent. Some of the essential critical provisions of a plan include:

The parenting plan gives decision-making authority to one or both parents regarding the children’s education, health care, and religious upbringing. It will set forth a schedule of where the child resides. However, no matter who is given decision-making in the parenting plan, either parent may make emergency decisions affecting the health or safety of the child.

Can you Modify a Washington Child Custody Plan?

Yes. Circumstances change, and what worked when a parenting plan was first issued may no longer work in the future.

Either parent can file a petition to modify custody in Washington. The parent seeking a modification must show that there has been a material change in circumstances and that the child’s best interests warrant a custody modification.

Modification requests can be complicated, and it’s often best to speak with an experienced family law attorney to assist you with a possible modification.

The process is far simpler if both parties are in agreement about how to modify the parenting plan.

Child support and custody are treated separately. Support follows the Washington State Child Support Schedule and depends on each parent’s income. The court adds the parents’ incomes together and finds the amount of support on the Schedule that applies to the number and ages of children.

Even when custody is shared almost equally, support may still be ordered if there is a large income discrepancy.

Judges will consider what a child wants, especially if the child is at least 12 years old. However, judges still have the final authority about custody matters and will always defer to the best interests standard in a divorce.

What are the child custody rules about moving to another part of Washington or out of state?

In most cases, you can move to another part of Washington or out of state.

It helps quite a bit if you’ve already addressed this possibility in a parenting plan. Many parenting plans build this contingency upfront to avoid later added conflicts.

If you decide to move, you must give the other parent notice beforehand. In response, they must be given a chance to object to the move. When there is a disagreement, the court will set a hearing, and the judge will decide whether to allow the move, basing the action on what is in the child’s best overall interests.

Does Washington State favor mothers over fathers in custody cases?

No. Decisions are never based on gender. Mothers and fathers have equal parental rights regarding child custody issues.

Do grandparents have custody or visitation rights?

A grandparent or other third party can petition the court for custody or visitation rights. Custody may be awarded when parents are deemed unfit or unwilling to meet their responsibilities. 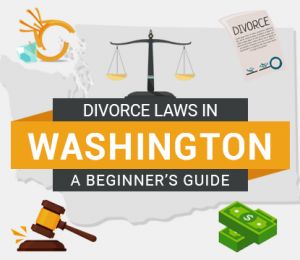 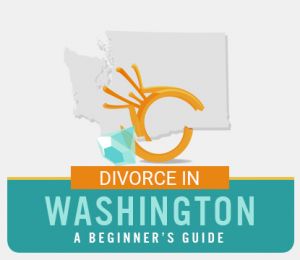 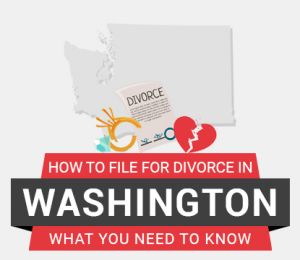 How to File For Divorce in Washington