Sep. 5, 2022
Survive Divorce is reader-supported. Some links may be from our sponsors. Here’s how we make money.

Who Must Pay Child Support in Alaska?

Both parents, whether they are married to one another or not, have a legal obligation to provide financial support to their children. In Alaska, courts must follow specific guidelines to determine the amount of child support one parent may be required to pay to the other.

Federal and state laws require that child support be ordered whenever the court makes a custody order.  Support is not optional, and it cannot be waived.

The custodial and non-custodial parent or anyone who the child lives with can apply for CSSD services.

How is Child Support Determined in Alaska?

Under Alaska laws, calculating child support is based on three components:

The determination starts with figuring out your annual or monthly gross income from sources, including unemployment compensation and employer-provided benefits such as housing and meals. If your income varies significantly yearly, consider using an average of your last few years.

There are four basic custody arrangements in Alaska, which play a role in the calculation of guideline child support.

A primary custody arrangement is the most straightforward calculation for child support payments. The child spends 70% of the year with one parent. The basic formula is Adjusted Income x Number of Children, where each additional child results in a smaller portion of income.

A shared custody arrangement is more complicated because it considers income, number of children, and percentage of time spent with each parent. Each parent gets 30% (or more) of the year with a child. Because of the extra complications, the Alaska Court System has a Shared Physical Custody Calculator – DR – 306 that allows you to input all relevant information and give you the expected payments.

Divided custody child support payments are calculated based on both parents’ income, so the higher-earning parent will usually pay an amount to the other parent. That applies when there is more than one child in the relationship, one parent gets custody of one or more children, and the other gets primary custody of the other children. Alaska has a Divided Custody Calculator – DR-307 that allows you to input all relevant information to get the expected payments.

Alaska provides a Hybrid Custody Calculator – DR – 308 to view expected payments. This is a mix of the other plans and allows for flexibility in a parenting plan, but it can also be the most complicated. Working with a lawyer is advisable to determine what works best for you.

Child support is calculated on a case-to-case basis with a mandatory minimum.

Parents in cases involving child custody (divorce and custody cases) must fill out the Child Support Guidelines Affidavit DR-305 form. Fill out the column for yourself and the column for the other parent if you know the information.  If you need help, you can view detailed instructions here.

If your adjusted income is over $126,000, you may be eligible to use the high-income cap. Rule 90.3 says that the portion of an adjusted annual income over $126,000 will not be used in calculating the child support amount unless the other parent presents evidence showing the higher income should be used in the calculation.

Difference Between Child Support Orders Issued by the Court vs. by CSSD

Both the court and CSSD have the authority to issue child support orders.  However, they come about in different ways.

The court must issue a child support order when it decides the custody and visitation arrangement for a child in a case involving divorce or custody between unmarried parents.

The CSSD issues an order when one parent requests child support because the parents have split up and the parent taking care of the children wants the other parent to pay support for the child.

To start a case, you’ll need to complete an Application for Services of Child Support Services Division, DR-315.  You’ll also need to submit:

Depending on what stage of the case you are in, you may file one of the following with the court:

Factors that May Impact Child Support in Alaska

A court can deviate from the child support guidelines if it finds that unusual circumstances exist and make the standard application of the guidelines unjust.   Deviations may be considered with a noncustodial parent with a large family size, very high or low family income, a child with significant income, or health or other extraordinary expenses.

When a court orders support in an amount that differs from the guidelines, it must specify the reasons for doing so in writing.

If a child support order grants credit for visitation, then a monthly support obligation can be reduced by the percentage specified in the order. Credit should be requested after the visitation has occurred.  When a court order does not specify a certain visitation period but allows a visitation credit, the parent must provide written proof of the visitation.  Visitation credit can be given only if both parties agree to the credit in writing and specify the percentage of credit.Credit for transportation costs or expenses will only be given if an order states the costs will be offset against a child support obligation.

Parents sometimes voluntarily take a lower-paying job or become unemployed as a possible way to avoid paying child support.  Unfortunately, courts will not allow this and will impute income and determine the wage a parent should be earning.  It will be based on several factors such as earning history, current job market, the parent’s job skills, and other similar factors.

If you want the court to impute income to the other parent, you can file a Motion to Impute.

Do I have to pay child support even though I’m in jail?

Yes. Incarceration does not automatically change your support obligation. If you are incarcerated long-term, you may qualify for a modification. If your situation is temporary, you will not qualify.

Is there a statute of limitations on child support payments that are in arrears?

There is no statute of limitations on collecting child support in Alaska. And, if you miss child support payments, interest will accrue at 6% each year.

What if my former partner denies visitations?

If the custodian “willfully and without excuse” refuses to permit visitation even when payments aren’t made on time, they may be fined $200 for each instance.

Both parents are responsible for making sure their children have health care coverage.  When a child support order is created, medical support is included.

Child support orders require the employer to enroll the employee’s children in the company’s health insurance program, with the employee to pay their share of the costs as long as they are considered reasonable.  In general, the court considers the cost of health insurance reasonable if it is 5% or less than the adjusted annual income of the parent who may be required to purchase the insurance.

Child support agencies will send out a National Medical Support Notice, also known as an NMSN.  The NMSN is a two-part notice sent to an employer from CSSD.  It is used nationwide to simplify the work required of employers and Health Plan Administrators by providing uniform documents for health care coverage.

CSSD may credit up to 50% of that cost to the monthly child support you owe if your support order allows for a health care coverage credit.

When Does Child Support End in Alaska?

Child support ends when a child becomes emancipated, usually at 18.  Support can extend to 19 if the child is unmarried and in school, finishing high school or technical or vocational training, and living as a dependent with a parent or guardian.

Support can also end earlier if a child is:

Legally establishing a man as the father of a child for unmarried parents is vital so that a child can enjoy the same rights and privileges available to all children, including child support.

The mother, father, or legal custodian can complete an application for services and a paternity affidavit.  When applying, you can choose full services or select paternity establishment only.  The caseworker will need as much information as possible about the alleged father, the pregnancy, and the child.

A father can sign a paternity acknowledgment form from the Alaska Bureau of Vital Statistics.  The father may also establish paternity simply by signing an affidavit at birth, acknowledging he is the child’s father.  Forms for the mother and father to sign are available at hospitals and birthing centers, and signing the form at the child’s birth means the father’s name will be on the birth certificate.

The agency may order DNA testing to prove fatherhood if the father isn’t willing to sign a voluntary paternity affidavit.

CSSD or a court can order a paternity test to determine if there’s a genetic match between the father, mother, and child. The mother or legal guardian also can request the service.  Genetic test results can establish legal paternity or exclude a man who is not the biological father. Each party in a contested paternity case must submit to genetic tests.

Collecting a genetic sample takes approximately 15 minutes. Once all the samples are collected, results are usually issued within 21 days.

If the father lives outside Alaska, the child support agency can ask the other state to help establish paternity, but it may take more time.  Every state has an agreement that covers establishing paternity and collecting child support from parents in other states.

If a parent falls behind on a child support obligation, several possible enforcement actions can be implemented, including:

Generally, the maximum that can be withheld from a paycheck is 40% of the net disposable earnings. If the paying parent has health insurance coverage, the maximum that can be withheld, counting the cost of the health care coverage ordered by CSSD, is 50%. There are circumstances when the withholding can be more, such as when the parent who owes has tried to avoid paying or is a seasonal employee.

Under the Consumer Protection Act, the maximum withholding from net disposable earnings is 50% if the person supports another spouse or child and 60% if not. Those maximums increase by 5% each if withholding is for a support order more than 12 weeks in arrears.

CSSD can reduce the amount withheld from wages due to a hardship, defined as the obligor’s household income is no more than 150% of the poverty guideline, the obligor has a significant illness or disability that prevents them from working, the obligor living a subsistence lifestyle or has physical custody of one or more children under a valid custody order.

Parents have the right to seek a modification in their child’s support order.  However, there must be a change in circumstance defined as:

To modify through the court, you’ll start the process by filing a Motion to Modify.

To modify through CSSD, you’ll file a Request for Modification.

Many agreements include a provision that each parent declares half the children as dependents when there is an even number of children. Parents can alternate years claiming the child for an odd number of children. In this situation, parents may need to submit Form 8332, Release/Revocation of Release of Claim to Exemption for Child by Custodial Parent, or a similar statement.

The Alaska Department of Revenue, Child Support Services Division (CSSD) is responsible for establishing and enforcing child support orders to make sure Alaska’s children receive financial support from both parents. 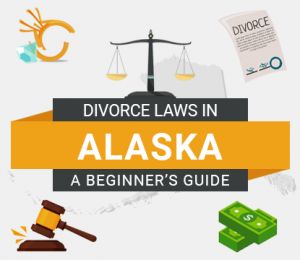 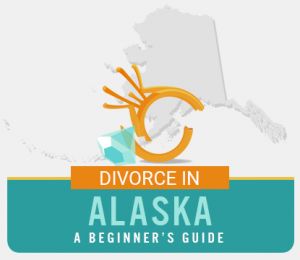 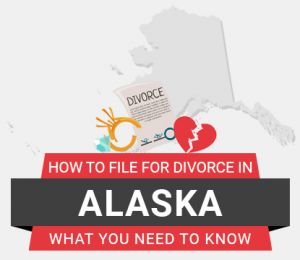 How to File For Divorce in Alaska