You have options when it comes to ending a marital relationship in New York. For some, a divorce or legal separation is the path to go. For others, an annulment may be a better choice.

Unlike a divorce, an annulment declares that your marriage is no longer valid.  But how else does divorce and annulment differ? What requirements must be met to get an annulment? Where do you even begin?

I sat down with divorce attorney Robert Pollack to help explain the legal process, how to file, and the grounds for an annulment in New York.

What is a marriage annulment in NY?

What is the difference between an annulment and a divorce?

A divorce can only occur if there was a marriage. In an annulment, it’s based upon certain facts and circumstances that the Court deems to be true, the Court ultimately declares that there was no valid marriage from the beginning. There is basically no difference in the relief that the Court can grant in an annulment as opposed to a divorce; alimony, child support, child custody and equitable division of property.

What are the grounds for an annulment?

The most frequently used basis for annulment is fraud.

For example, if one spouse said “I want to have children,” and later on declared  “I never really wanted to have children with you,” this is a fraud going to the essential essence of the marriage because the other spouse was relying upon having a family when that person consented to be married.

This fact pattern rarely actually happens. But people testify to it under oath, with the aid of testimony from a required “corroborating witness,” and many times, that testimony is determined to be a sufficient basis for the Court to grant the annulment.

What other reasons would a person seek an annulment?

Due to particular requirements of certain religions, religious annulment, as opposed to civil annulments, are required.

Under New York law, when a person gets a divorce, that person must sign an affidavit which compels that person to cooperate with their former spouse if the former spouse, for religious reasons, needs to obtain a religious annulment.

How long does someone have to annul a marriage in New York?

There’s no time frame. It’s a misconception that annulment must occur quickly.  It may be filed at any time. It could be the next day, it could be 20 years down the road.

It always comes down to if and when the grounds for annulment are met. When the facts that meet those grounds ultimately come out, that marriage can be annulled.

How does someone get an annulment in New York?

You should know that the court does not provide specific forms for annulment.

How much does it cost to get an annulment?

Generally, annulment costs will vary depending upon the complexity of the case and whether the case will need to go to trial, or in some instances, the Court may grant the annulment “on the papers” thereby avoiding the expense of Court appearances.

Since most divorce attorneys charge by the hour, the case costs are determined by the number of hours the attorney expends on the case, plus applicable Court costs. This is similar to how divorces are charged by attorneys.

Can I remarry after an annulment?

Yes. You are eligible to remarry just like you could after a divorce.

Can an application for annulment be denied?

It’s certainly possible for an annulment to be denied.

If the court doesn’t believe your evidence regarding the grounds for an annulment is credible, then, you failed to meet your burden of proof and the Court will dismiss the case. This is true with both annulments and divorce cases.

Can I appeal an annulment that’s been denied? What’s the appeal process like?

It is possible to appeal an annulment that’s been denied.

First, you have to file a notice of appeal and serve that on the other side.

Then you have to “perfect the appeal” by filing briefs and supporting facts from the Court record from the trial court, which in this case would be the Supreme Court in New York.  Appeals are made to the Appellate Division of the Supreme Court.  Of course, the other side gets to oppose your appeal.

Procedurally, as explained above, you have to file briefs. You have to get the court record. Everything has to be printed for the Appellate Division, in 15 copies to an appellate printer.

It’s a huge amount of work and expense. I’ve never seen anybody appeal an annulment. It’s generally not worth it from a cost/benefit perspective. 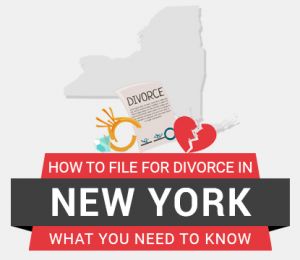 How to File For Divorce in New York 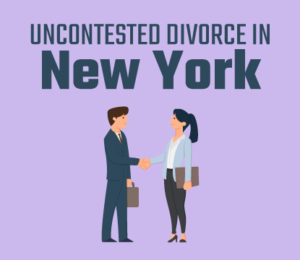 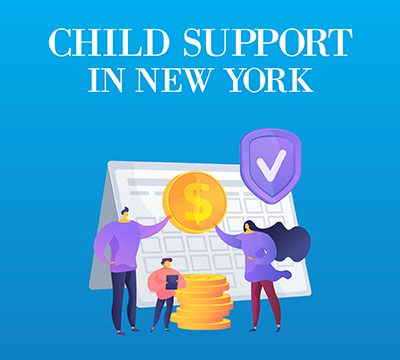