Divorcing an Abusive Spouse: What to Do When Domestic Violence is Part of the Equation

Some people get along just fine in their marriages.

Never a hint of disagreement.  Rarely a voice raised in discontent.

But let’s face it…that’s rarely the case.  Every marriage experiences ups and downs, and when people aren’t adequately equipped to handle life’s challenges the right way, frustration, disappointment, and anger can set the stage for a poor response that can contribute heavily to justifying the need and desire for a divorce.

It is a pattern of physical, psychological and abusive behavior that can affect any family member regardless of their age, gender, sexual preference, ethnicity or social standing.

Domestic violence can include any kind of harassment made through phone calls, stalking, social media, email, snail mail or any other form of contact. Depending on the severity of the abuse, when law enforcement gets involved, it can be charged as a misdemeanor or a felony.

Physical domestic abuse is defined as any of the following:

Emotional or psychological abuse is behavior used to control you or damage your emotional well-being. It can be verbal or non-verbal and can manifest as:

Economic or financial abuse takes place when an abuser makes a victim completely financially dependent on the abuser.  It can include:

Stalking and harassment can happen between strangers or in relationships after one party makes it clear they do not want to have contact with the other one.  It can include:

In a situation where one spouse is contemplating a divorce, those actions are secondary to the immediate safety of a spouse, children or any family member or acquaintance who is at risk from an abuser.

Many spouses often feel trapped when domestic violence is present in a relationship.  They are afraid that just the mere mention of leaving or getting a divorce will trigger such a violent outburst and retribution that they will be placed in immediate danger.  It’s not uncommon for a spouse to suffer in silence and fear for a long time, and sometimes until it is too late.

The bottom line is this.

When domestic violence is present and you or a loved one’s health and safety is in clear or imminent danger…GET OUT immediately.

If you can, leave now!

Any thoughts you have about getting a divorce can wait.  Protecting yourself at all costs is the only thing that you should be focusing on.

Law enforcement across the nation takes matters of domestic violence with the utmost degree of concern.  There are protections and processes in place to protect you from domestic violence, but you must not be paralyzed by fear or denial.

One step you can take is to seek a civil order of protection (sometimes referred to as a temporary restraining order) that will legally require your abuser to stay away from you.  This will include all forms of physical contact, calls, stalking and any other form reaching out to you.  Violating this order will result in the abuser’s arrest.  This will give you to time to sort out your options, including beginning divorce proceedings.  With the help of police and social services agencies, you will also have time to find shelter without a spouse knowing your whereabouts.

You must file a restraining order petition in your county court. Many counties offer detailed online information, plus free downloadable forms, so you may want to begin your search for information at the county court’s website. You can also visit the court clerk’s office in person to get the forms and ask questions about the process. Some courts have self-help centers with staff trained to help you prepare and file your forms.

You might be worried that the court will fault you for not protecting your children from witnessing violence in your home. But generally, courts understand that women who are the victims of domestic abuse often develop what is sometimes called battered woman’s syndrome, a condition much like PTSD that makes it hard to take action.

A temporary order can later be changed to a permanent order that can be put in place for a much longer period of time with equal restrictions.

Keep in mind that these orders can be put in place to any criminal charges that are filed as a result of suspected physical abuse.

How domestic violence can affect a divorce

In some states where fault-based divorce is allowed, domestic violence may be the stated reason you can file for divorce.  many states have no-fault divorce meaning that all a spouse must do is cite irreconcilable differences as the reason for a divorce.

Depending on the state, if domestic violence or marital cruelty can be cited, it could have an impact on the division of assets or give the victim an upper hand in settlement discussions.  It really depends on the laws in your state.

For instance, in California, domestic violence is one of the factors the Court considers when setting permanent spousal support. Here is an excerpt from Family Code section 4320:

(i) All documented evidence of any history of domestic violence, as defined in Section 6211, between the parties or perpetrated by either party against either party’s child, including, but not limited to, consideration of:

(1) A plea of nolo contendere.

(2) Emotional distress resulting from domestic violence perpetrated against the supported party by the supporting party.

(3) Any history of violence against the supporting party by the supported party.

(4) Issuance of a protective order after a hearing pursuant to Section 6340.

(5) A finding by a court during the pendency of a divorce, separation, or child custody proceeding, or other proceeding under Division 10 (commencing with Section 6200), that the spouse has committed domestic violence.

One area where domestic violence in a marriage can have a major impact is child custody.

Although laws and regulations regarding child custody will vary to some degree from state to state, one commonality is that all states take the best interests of a child into consideration when making determinations about child custody in a divorce.

Normally, most states prefer that both parents have an active and ongoing role in raising a child after a divorce, and while one parent may wind up as the primary custodial parent, the other will oftentimes be granted significant visitation rights.

However, when domestic violence is present in a marriage and it can be documented, courts can place severe restrictions on child custody and visitation privileges.  Depending on the severity of the abuse, a parent’s privileges may be denied completely.  In other cases, visitation could be limited to small windows of time under the supervision of a court-appointed guardian.

After a period of time, it may be possible for an abuser to petition the court for more visitation rights if it can be shown there has been a change by the abuser.  This may be completing court ordered counseling or some other form of behavior modification.

What to do if you’re falsely accused of domestic violence

Being falsely accused of domestic violence is serious and it can easily happen in a very contentious divorce situation.  Not only could you lose your child custody or visitation rights, but you could also face criminal charges, lose your job, lose where you are living, and your reputation could be negatively impacted for years to come.

Sometimes, in an effort to gain the upper hand in a custody battle, a spouse will make this type of false accusation.

If a false accusation takes place, immediately get legal representation.  Also, if a restraining order is in place, do not violate it under any circumstances.  You will only add credence to the case being made against you.  You can also help your case by remaining calm in court proceedings.  You could be baited into an outburst which also plays into the charge against you.

Consider that if the charge of domestic violence can be proven false, your spouse could actually be the one in trouble and could face charges of perjury.  This doesn’t happen often though since law enforcement officials are wary of prosecuting women for this as it may discourage other women from filing genuine cases of domestic violence.

If you are in immediate danger, call 911.

National Center for Victims of Crime

Looking for more divorce tips? Check out a few of our favorite resources: 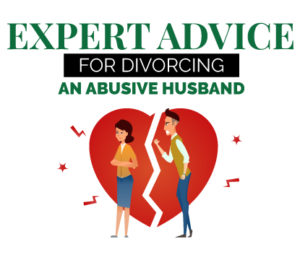 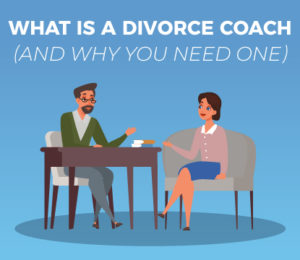 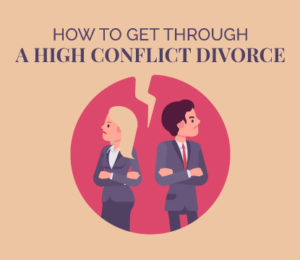