Learn how child custody is determined in Florida and how to modify custody orders.

Florida law advocates for the best interests of the child when determining a child custody case. For parents facing child custody disputes in Florida, you should know several essential things.

How is Custody Determined in Florida?

There are several steps in determining custody in Florida.

For example, Florida law mandates that both parents must attend a co-parenting class before a divorce to better understand their changing roles.

Parents often attempt to work out a parenting plan that details the terms of the custody with a lot of specific details. Sometimes parents can reach an agreement on their own, but often they don’t.

The Role of Mediation

In a Florida custody case where parents can’t reach a custody arrangement independently, they must attend mandatory mediation. A mediator will attempt to help the parents create a fair and just parenting plan.

If the mediation is unsuccessful or only a partial settlement is reached, the case will be submitted to the Florida court, and the process will continue with the court taking an active role.

Judges will order a time-sharing schedule and create a parenting plan based on the children’s best interests. The judge can consider all relevant circumstances when determining custody and how parental responsibility is shared.

Under the UCCJEA, the state with jurisdiction over child custody matters is the home state. The home state is where the child lived for at least six consecutive months immediately before filing the case. After a court with home state jurisdiction enters a child custody order, all other states are bound by that order and have no authority to modify it.

What is the “Best Interests of the Child” Standard?

Florida’s public policy is that each minor child will have frequent and continuing contact with both parents after the parents separate or the marriage dissolves. Courts will order shared parental responsibility for a minor child unless its determined this would be detrimental to the child.

In some Florida custody cases, a GAL is automatically appointed by the court. In other child custody cases, there must be a request to appoint a GAL and approval from a judge. Also, a parenting evaluation may be ordered in addition to or instead of establishing a GAL.

What are the Different Types of Custody?

There are two types of custody: legal custody and physical custody.

Legal custody is the right for a parent to decide how the child is raised, determining things such as education, religion, healthcare, and other similar vital elements of a child’s life.

Physical custody determines where the child lives. Courts have discretion to award physical custody to one parent or decide whether parents should share such custody.

Even if courts decide to grant sole physical custody to one party, that does not mean the other parent is prevented from legal custody or child visitation.

Florida statutes clearly state a preference for parents to share as equally as possible in the custody of a child during and after a divorce. A judge determines custody issues guided by the best interest principle and the Uniform Child Custody Jurisdiction and Enforcement Act.

Florida does not have “joint” custody but works on a concept of “shared” custody. In shared custody, parents must work together to make decisions for the child, and neither parent has more leverage in these decisions than the other.

Typically, the court orders that both parents share parenting responsibilities unless it is detrimental to the child. For example, one parent may be unfit due to drug abuse, criminal activity, or evidence of domestic violence issues.

According to the Florida Court:

Florida parenting plans include elements such as a time-sharing schedule, holiday time-sharing schedule, provisions for extra-curricular activities, education, child care, contact between the parents, contact between the children and parents, and out-of-state (or country) travel. The plan must also designate who will be responsible for health care, school-related matters, and extra-curricular activities.

The court may approve, grant, or modify a parenting plan based on how well it addresses the child’s best needs.

Florida uses four types of parenting plans. Each requires slightly different information and provides flexibility depending on various circumstances. You can use any template or format, as long as the required information is included.

The Basic Plan. Best for parents who:

The Long-Distance Plan. Best for parents who:

The Highly-Structured Plan. Best for parents who:

The Safety-Focused Plan. Best for cases where minor children or parents are at risk due to:

This plan prioritizes children’s physical safety while maintaining the parent-child relationship. The parent who poses a risk receives either unsupervised time-sharing with no overnight visits or supervised time-sharing only. This type of plan may also include restrictions on firearms, physical discipline, parents’ substance use, and who can have contact with the children.

In extreme circumstances, the court may deny a parent time-sharing entirely and award full custody to a single parent.

Since it is a court order, parents must follow the terms of a custody order until the order is changed or the youngest child covered by the order reaches 18.

People’s lives can change drastically after a divorce, resulting in a material change in circumstances that may be used as the basis for a modification.

What qualifies as a substantial change is decided on a case-by-case basis. However, some situations are always considered significant such as the death of a parent, child abuse, conviction of a crime resulting in long-term imprisonment, repeated arrests for DUI while the child was in the car, and other similar major events.

The parent filing a custody modification request has the burden of proving that a child’s best interests warrant a change in custody. You’ll need to petition the court to initiate a hearing to start a modification. From this hearing, a judge will make a ruling on either keeping status quo or approving the change.

Modifications can be complicated, so it’s often best to consult with an experienced child custody lawyer.

A Florida custody law related to military members states that if a parent is activated, deployed, or temporarily assigned to military service on orders above 90 days, the parent can designate a family member, a stepparent, or a relative of the child by marriage to engage in time-sharing on the parent’s behalf.

Otherwise, the Florida Supreme Court has consistently held all statutes that have attempted to compel custody or visitation with a grandparent based solely on the best interest of the child standard are unconstitutional.

If both parents share custody, does anyone receive child support?

Quite possibly, yes. One parent may be required to pay child support.

Even when both parents enjoy equal time-sharing, child support is still calculated using the State of Florida Child Support Guidelines Worksheet. Child support is based on each parent’s income, percentage time-sharing, health insurance, costs of daycare, and uncovered medical expenses.

In many cases, when the payor’s percentage of time-sharing increases, they will pay less in child support.

Absolutely not. The Florida courts treat time-sharing and child support separately from each other, except as it relates to calculating child support.

Courts can use several types of sanctions to enforce a parenting plan. The most common sanction requires the parents to offset the missed visitation. The court may also order the non-compliant parent to:

No. By law, a Florida custody case does not favor one parent or the other based on gender. The overriding standard is that both parents should have frequent and continuing contact with their children.

One thing that’s good to know is that under Florida statutes, there is a presumption the husband and wife are the parents of children born during the marriage. That presumption means the law assumes the husband is the father without evidence to the contrary.

Florida law defines a relocation as a parent moving 50 miles or more from their child’s primary residence for at least 60 days.

Parents may come to a relocation agreement by crafting a document that addresses the particulars of the move, including:

Parents can then file their signed contract with the court and request that it be ratified without the parents having to attend a formal hearing. If the parents don’t agree to the relocation, the parent who wants to move must file a petition to relocate with the court and serve it on the other parent. After the non-relocating parent is served with this notice, they have 20 days to file a response.

If a parent relocates without court approval, a judge may find that parent in contempt of court.

When deciding whether a planned move is in the child’s best interests, the court will consider several factors, including each of the following:

Can I get legal custody before my divorce is final?

In some cases, yes. If evidence of domestic violence or abuse is taking place or threatened, a judge will move quickly to protect all parties.

Children can also share their custody preferences outside of court, either with a mental health professional, a guardian ad litem, or a professional interview. 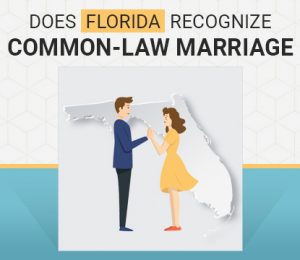 A Guide to Common Law Marriage in Florida 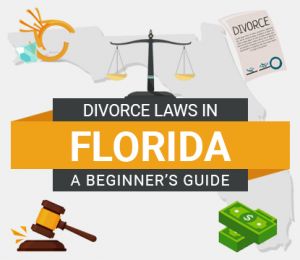 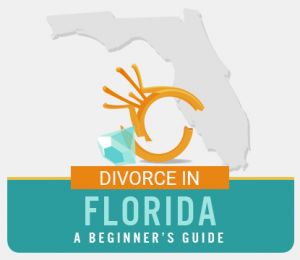