An overview of child support laws in Idaho with answers to FAQs on how support is calculated, modified, and more.

Sep. 7, 2022
Survive Divorce is reader-supported. Some links may be from our sponsors. Here’s how we make money.

Who Must Pay Child Support in Idaho

According to Rule 126 in the Idaho Child Support Guidelines:

How is Child Support Determined in Idaho?

The Guidelines are used to calculate child support based on the gross income minus adjustments of both parents and how many children each parent supports. Idaho’s child support guidelines contain a full definition of gross income, and the Affidavit Verifying Income will identify the most common types in each case.

This “Income Shares Model” means that a judge estimates the amount parents would spend on their children if the family were still intact. The amount is divided between each parent according to their income to create a child support award.

You can estimate the amount of child support a court would be likely to order in your case by downloading and completing an Affidavit Verifying Income (CAO FL 1-11) and either a Standard Custody Child Support Worksheet (CAO FL 1-13) or a Shared or Split Custody Worksheet (CAO FL 1-12) from the Idaho Supreme Court’s Court Assistance Office.

Custody and visitation arrangement also impact a child support award. Support is based on the Standard Custody Worksheet if one parent has primary physical custody and the other spends less than 25% of overnights per year with the child. That means the total amount of support is divided between the parents based on their percentage shares of income without any adjustment for parenting time. Only the noncustodial parent will pay support because courts presume the custodial parent’s share is already going toward the direct costs of raising the child.

Idaho guidelines recognize that shared and split parenting arrangements result in an overall increase in the costs of raising children this way.

Allowable deductions from gross income include any child support or alimony paid in another case and any alimony paid in a current case. A parent can also deduct the costs of supporting any natural or adopted children from another relationship when those children live in the parent’s household.

The state has no explicit requirement for child support to cover college expenses. In some cases, support for college expenses by the non-custodial parent may be voluntarily agreed to by both parties. This makes the agreement contractually enforceable.

What is the relationship between support and visitation issues?

When Does Child Support End in Idaho?

The obligation to pay child support ordinarily ends upon emancipation, when a child turns 18 and no longer attends high school or when a current high school student turns 19.

A relative or third-party caretaker with legal or physical custody may also apply for child support services.

Factors that May Impact Child Support in Idaho

Deviations may be allowed from standard Child Support Guidelines. The court will consider the following before finalizing a child support order.

According to Idaho statutes, health insurance is a part of an overall child support order.

The statute states in part:

For each child support order, consideration should be given to providing adequate health insurance coverage for the child. The parent should normally provide such health insurance to obtain suitable coverage through an employer at a lower cost. The actual cost paid by either parent for health insurance premiums or for health care expenses for the children not covered or paid in full by insurance, including, but not limited to orthodontic, optical, dental, psychological, and prescription medication, shall be prorated between the parents in proportion to their Guidelines Income.

Any covered health care expense for the children, whether or not covered by insurance, which would result in an out-of-pocket expense to the other parent of over $500 for the course of treatment, must be approved in advance, in writing, by both parents or by prior court order.

Extraordinary medical costs are generally generated by illnesses, hospital visits, or costly procedures such as getting braces.

A paternity suit may be initiated by the biological mother, the child’s legal guardian, the child’s next of kin, the Department of Health and Welfare, or another person in a paternal relationship with the child.

Most standard paternity suits will be initiated by the putative father (father asserting the biological connection to the child) to ensure parenting time or for the birth mother to get financial and co-parenting support from the biological father.

Under Idaho’s Paternity Act, paternity can be established voluntarily or involuntarily.

Idaho law sets forth some presumptions to determine paternity, and those presumptions must be overcome by the party opposing them.

For example, if the mother was married at the time of birth, she and her husband are permitted to testify that the putative father did not have “access” to the mother. This presumption is that the mother’s husband is the child’s biological father.

However, genetic evidence may overcome this presumption through DNA testing, an affidavit of nonpaternity from the husband and mother, and a voluntary acknowledgment of paternity by the putative father. Where the putative father refuses to take a DNA test, he may be fined by the court. The case will be dismissed when a mother instigates a paternity action and refuses a DNA test.

Also, evidence of sexual intercourse between the parties around conception, scientific evidence, and a Voluntary Acknowledgment of Paternity may all operate as evidence in a paternity suit.

Income withholding is ordered immediately in most Idaho child support orders when an employer is known to Child Support Services. Most other enforcement methods occur automatically when the case meets specific legal criteria. These can include:

Idaho courts can modify child support if a parent shows that there has been a substantial and material change in circumstances. Those circumstances can include:

A child support order can be reviewed for a change in support:

If you believe there’s been a substantial and material change in circumstances, file a motion to modify child support in your county court clerk’s office. A judge will set a hearing and allow both sides to present evidence. However, if you and the other parent agree that child support should change, you can submit a written agreement to the court for approval.

The court will weigh a request for modification using the child’s best interest as a primary consideration.

If the court believes you have proven that a child support modification is warranted, the judge can make the new child support amount effective as of the date you filed the motion.

Many agreements include a provision that each parent declares half the children as dependents when there is an even number of children. The parents alternate years claiming the child for an odd number of children. In this situation, parents may need to submit Form 8332, Release/Revocation of Release of Claim to Exemption for Child by Custodial Parent, or a similar statement.

CSS can establish paternity, establish or modify an order for financial and medical support, receive and distribute child support payments, and take enforcement actions when necessary.

CSS receives and distributes child support payments and maintains a record of each payment. Payments are sent directly to the other parent or guardian through a direct deposit or debit card known as the Idaho Family Support Card. CSS can also help locate a non-custodial parent and establish child support requirements

CSS charges many of these child support services according to the following schedule: 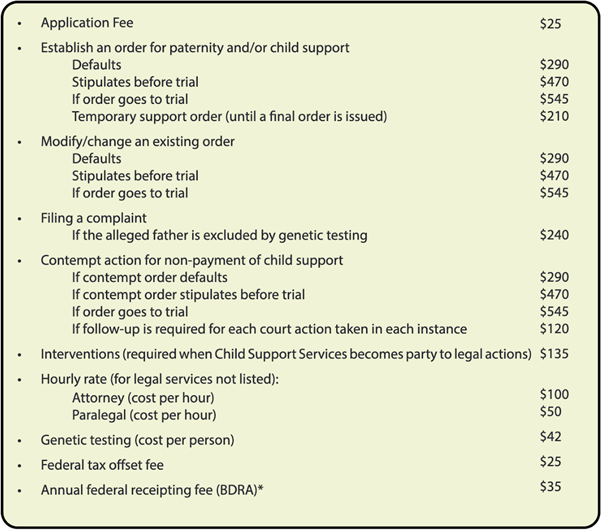 You can also contact CSS by email at childsupport@dhw.idaho.gov 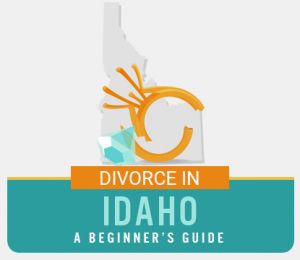 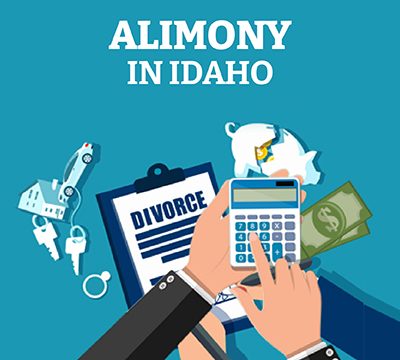 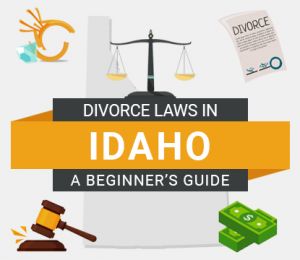