Legal Separation vs. Divorce in California: What’s Right for You?

You have options when it comes to ending a marital relationship in California. For a rare some, seeking an annulment may be an option if they meet specific criteria. The vast majority of people file for divorce, while others choose to proceed with legal separation.

Legal separation doesn’t officially end a marriage, meaning you remain legally married, but it can provide much of the same relief that a divorce can accomplish. A legal separation may prove to be more beneficial to former spouses based on their goals and needs.

I sat down with divorce attorney Samantha McBride to help explain the legal process, how to file, and the advantages and disadvantages of a legal separation in California.

A Beginner’s Guide to Legal Separation in California

What is a legal separation in California?

A legal separation is a legal process where spouses obtain a legal separation judgment from the family law court.  The assessment may include, if applicable, a division of assets and debts, child custody and visitation orders, and an order for support. However, notably, the spouses’ status as married persons remains intact.

What are the differences between legal separation and divorce?

Legal separation and divorce have significant similarities. There is, however, a material difference between a legal separation judgment and a divorce judgment.  The effect of having a final judgment of “divorce,” commonly referred to as “dissolution of marriage,” is that your marital status is restored to the state of an unmarried person. California Family Code section 2300 gives us the authority for that.

In contrast, when a judgment of legal separation is entered, you would not be considered to be an unmarried person. However, you may have a decision on all of the other issues in your matter, including property division, child custody, and support.

So, the process for obtaining a judgment of legal separation and for getting divorced is essentially the same? It’s just that the outcome differs in in that you end up legally separated versus divorced?

Yes, for the most part.

At the end of the case, when you have a final judgment either because you go to trial on the issues or you have a stipulated judgment, the judgment would differ as to your marital status only. With a legal separation, you would have property division, child custody, spousal support and maintenance, and other related issues that would be settled, the same thing as with divorce. But in a legal separation, you are still a married person.

If someone obtains a judgment for legal separation and then decides the next day, “you know what, this isn’t working for me and I actually do want to get divorced,” what does that divorce process look like?

If you already have a judgment for legal separation, you would still have a judgment on all of the issues that will not be disrupted. It’s just that you would now need to move forward with filing a petition for dissolution regarding status only.

At that point, do you still need to complete financial disclosures and things of that nature? Is it just a formality at that point, or is there still a whole process to it?

Well, you’re not going to reinvent the wheel, so if you have a judgment on property, assets, and all of those things, you are generally filing a petition for status only at that point.

The desire to move forward with a divorce trumps the desire to simply file for a legal separation?

Many of my clients are often confused with the difference between legal separation and the date of separation? What is the distinction between those two?

Legal separation and the date of separation are frequently confused with one another, but they’re two very different things.

The date of separation is the date that there is a complete and final break in the marital relationship. That is evidenced by two factors. In California, Family Code 70 provides the authority for that. The first factor is that one spouse expresses an intent to the other that he/she wants to end their marriage. The other is that there is conduct of that spouse that is consistent with his or her intent to end the marriage due to irreconcilable differences or any other valid reasons.

For example, one spouse might say, “I want to be divorced,” or “our marriage is dead.” That is evidence of intent. After that, a spouse proceeds to take his or her wedding ring off, or move out of the family residence. That is possibly evidence of conduct consistent with his or her intent, although the date of separation is often a date spouses disagree about.

And for legal separation?

In contrast, legal separation is the legal process where you are moving forward with petitioning the court and initiating a legal action.

The date of separation is important because of how it impacts community property?

Then just going back to the date of separation issue, what happens if someone does meet those two tests that you laid out but then subsequently they take actions that are no longer consistent? For example, a spouse says and asks for a divorce, they remove their wedding ring, and then three weeks later, it’s back to business as usual. How does something like that usually play out?

It is a potentially contentious issue, but if there are multiple dates of reconciliation and separation, the last date of separation, which would be the complete and final break in the marital relationship, is going to control. This is often an area of contention between spouses.

Because it is subjective?

Let’s talk about the benefits of filing for legal separation.  Why would someone choose legal separation instead of divorce?  What are some of the reasons you see for that?

It’s generally a preferential thing. Sometimes, for example, spouses wish to divide their assets and debts, and obtain orders for spousal and child support, yet wish to stay legally married for religious reasons. Parties usually have their own reasons why they decide for a legal separation instead of a divorce.

And what are the disadvantages of legal separation versus divorce?

The disadvantages are generally preferential.  If you’re not restored to the status of a single individual, you can’t remarry.  We know that in California, bigamy is illegal. So, if you want to remarry, you can’t just legally separate – you’ve got to get divorced.

How do you file for legal separation in California?

If you’re in California, the first step is to prepare your petition and summons. You will file those, along with other judicial council forms with the court. The court will confirm (stamp them) and issue a case number. You might want to get legal advice beforehand.

When you serve someone, it has to be a person other than yourself?

Yes, you need a person over the age of 18 to effectuate service. You do not have to hire a formal process server, such as a divorce attorney.  It could technically be your friend, neighbor, or another person.  It just can’t be a party to the action.

What other requirements are there when filing?

In filing for divorce in California, you’re going to have to meet residency requirements. You need to be a resident of the state of California for six months prior to the filing of your petition.

Another benefit to filing for legal separation, at least initially, is that you do not have the same residency requirements as required for a divorce. If you have not complied with those requirements needed to file for a divorce, you can still file for a legal separation. After that, upon complying with the residency requirements, you can amend the petition or responsive pleading to request to proceed with the divorce. California Family Code 2321 gives us the authority for that. In case you have any doubts, you should contact a family law attorney and ask for legal advice.

You mentioned earlier that spouses need to be aligned on whether to get a legal separation or a divorce. If you’re not aligned on that, could the other party use the residency requirement to strategically push back against a divorce action?

It takes two people to get married. However, it only takes one person intending to leave the relationship to separate, either by legal separation or by divorce.

So, if one spouse says, “no, I don’t want a legal separation, I want a divorce.”

But if we didn’t meet the residency requirement for a divorce?

Then a spouse desiring a divorce could file for legal separation and amend the petition after that when the residency requirements for divorce are met. 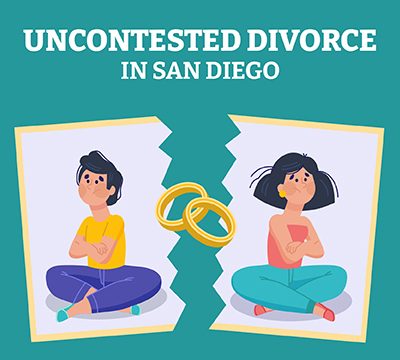 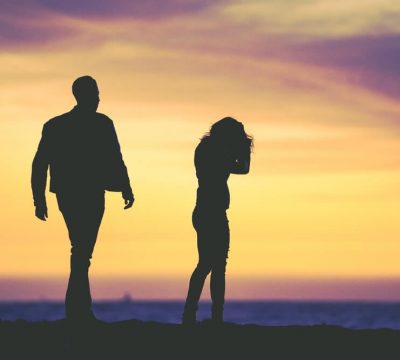 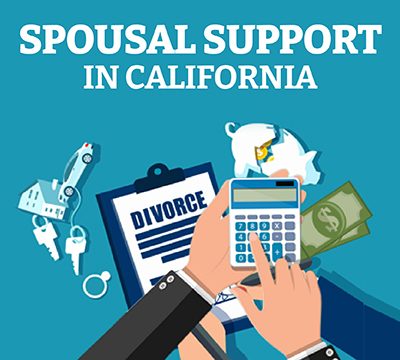 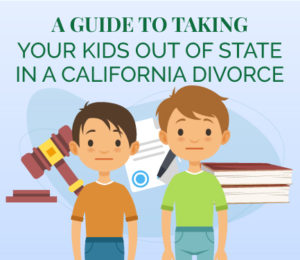 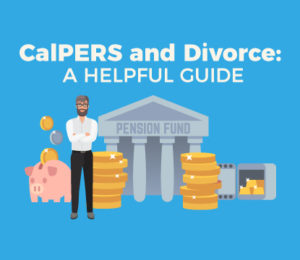 CalPERS and Divorce: The Definitive Guide