Learn the child custody laws in Mississippi and how parents handle custody and visitation issues.

If you’re getting a divorce in Mississippi and have minor children, you’ll have to make several decisions regarding custody before your case is finalized. Here’s what you need to know.

Types of Child Custody in Mississippi

The State of Mississippi Code identifies two types of custody that parents might be awarded:

Legal custody allows a parent to make decisions about the child’s medical care, education, religious upbringing, and other important issues.

Physical custody determines who the child will live for most of the time and be under their physical control.

There are several possible scenarios under legal and physical custody. For example:

In most cases, judges prefer to award joint legal custody because it gives both parents an active role in the child’s upbringing. Even if a court grants one parent sole legal custody with visitation rights to the other, both parents will continue to have access to information about their child.

How is Child Custody Determined in Mississippi?

All custody decisions in Mississippi are made in a Chancery Court using the “best interests of the child” standard.

Courts prefer that parents reach amicable decisions on their own, but when that does not happen, a judge will step in, weigh evidence, use a series of statutory factors, and decide the case instead of the parents.

Even when parents agree, they must present a plan to the court for approval. Judges appreciate parental cooperation and often sign off on a reasonable and fair custody arrangement.

How is child custody handled when parents are not married?

The mother has automatic sole custody if an unmarried couple in Mississippi has a child. The father can claim his rights by establishing paternity. To do this, he can sign an Acknowledgment of Paternity (with the mother co-signing) or file a petition in court if the mother denies the claim. Establishing paternity can be confirmed through DNA testing when the court is involved.

Do courts favor the mother over the father?

No. All decisions are gender-neutral, although a judge may invoke a “tender years” preference and lean toward a mother when children are very young.

What is the role of a Guardian ad Litem or custody evaluator?

Mississippi custody laws give a judge the power to appoint a Guardian ad Litem if there is an abuse or neglect allegation. The GAL only represents the rights and interests of the child in the case and advocates for their best interests. A GAL can interview parents and family members, dig for evidence, and has a large say in a child’s disposition based on a report that is ultimately provided to the court.

Is mediation an option?

Yes, and in many cases, mediation is encouraged. In other cases, it is mandatory. A skilled mediator is an impartial third party specializing in these legal disputes.

Courts want parents to find ways to resolve their differences in the most amicable and productive ways. Alternative dispute resolution is a preferred way to do this. Mediation can resolve a child’s daily schedule, parenting time and visitation plans, and other vital issues.

Going through mediation also tells the court that you and your spouse are willing to work together for your child’s best interests. It can also save you time and money by limiting the issues that must be addressed in a trial.

What happens if a parent committed violence?

Suppose the judge finds that a parent has a history of committing family violence. In that case, there is a “rebuttable presumption” against granting custody, meaning the judge should assume that it is not in the child’s best interest to have sole or joint legal and physical custody.

However, the abusive parent can present evidence to try to change the judge’s mind.

A judge may also allow supervised visitation if they believe you and your child can be protected from family violence through restrictions in the order.

Specifically, parental rights can be terminated and sole custody granted if the parent:

What are the Factors a Mississippi Judge Uses to Decide Child Custody?

Child custody may be determined based on several specific factors in Mississippi. These are set forth primarily by the case of Albright v. Albright in 1983. As a result, they are often referred to as the Albright Factors. They include:

Read More: How to File for Divorce in Mississippi

Parenting plans are detailed instructions and guidelines that outline each parent’s rights and responsibilities as they relate to the couple’s minor children.

You can write up your own parenting plan in conjunction with the other parent or work with an attorney or legal professional. If you can’t create a parenting plan using these resources, the court will create a binding legal parenting plan on your behalf.

When creating your parenting plan, there are key components to include so that your plan will have everything it needs to serve your child’s needs. These elements can consist of:

Mississippi child custody laws use a three-step test that governs a request to modify a custody order:

To change a child custody or visitation order, you must file a petition to modify the order at the courthouse that originally issued it.

Modification can also apply to parents who are trying to relocate. Relocation, whether to a new state or several hundred miles away, can be considered a material change in circumstances and would warrant a modification if the non-custodial parent does not fully agree with the move.

Do grandparents or other third parties have custody rights in Mississippi?

Grandparents can petition the court for visitation of a child if:

Do a child’s wishes have an impact on custody arrangements in Mississippi?

Mississippi child custody laws mandate that a child age 12 or older have the right to state a parental custody preference that will be considered part of the Albright factors. However, the Chancery Court will still have the final say regarding child custody decisions.

In most cases, yes. Child support payments are considered separately in Mississippi and are determined using state child support guidelines.

Read More: ​​How to Find Hidden Assets in a Divorce

Can a parent refuse to allow visitation if the other parent does not pay child support?

What are the laws about moving with a child in or out of state in Mississippi?

If you want to permanently move out of Mississippi or move in the state but to a distant location, you will need to work out an agreement with the other parent or petition the court to approve the move.

In all cases, the court will consider the impact of the proposed move on the child and whether it is in their best interests.

What happens if a parent takes children out of state without permission?

Suppose a noncustodial parent or another relative takes a child out of state intending to violate an existing custody order. In that case, they might be charged with what’s commonly known as “custodial interference.” This only applies if a child is younger than 14 years of age.

One of the remedies is to call local law enforcement to report the situation, which could be considered a form of kidnapping in some instances.

It’s probably best to consult an experienced family law attorney who can help you sort through your legal options in a situation like this. 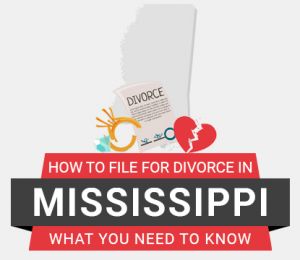 How to File for Divorce in Mississippi 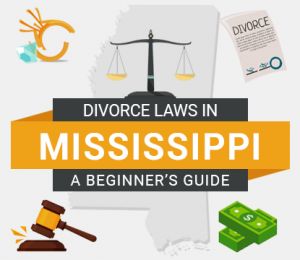 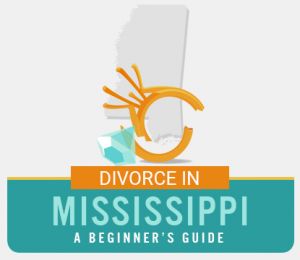