Learn how child custody is determined in Missouri and how to modify custody orders.

Child custody laws apply to formerly married and unmarried parents under 2005 Missouri Statutes 452.375. If you’re going through a custody action in Missouri, it’s wise to familiarize yourself with these laws.

We’ve compiled the most important parts of the state statute below to assist you. Here’s what you need to know.

What are the Types of Child Custody in Missouri?

Under Missouri law, child custody arrangements are divided into five specific categories. These include:

Physical custody is who your children live with.

Because the standard is that a child benefits the most from an ongoing and regular relationship with both parents, in most cases, legal and physical custody is joint custody.

However, joint physical custody does not necessarily mean that a child spends equal time with each parent. Parenting plans detail where and how a child will live, and often it doesn’t make sense to try and split time on a 50/50 basis. When one parent has the child more than the other, they are known as the custodial parent. The other parent is the non-custodial parent.

The court may grant sole legal custody when one parent has a significant criminal record, substance abuse problem, a history of child neglect, or when there is a history of chronic and severe domestic violence between the parents.

Sometimes, a judge gives parents joint legal custody but not joint physical custody. As a result, both parents share essential decision-making responsibilities in the children’s lives, but the children live with one parent most of the time. The parent who does not have physical custody usually has visitation with the children.

How is Child Custody Determined in Missouri?

Each court has different requirements regarding litigating a custody case, but all custody cases begin with the filing of a petition. The party that files the petition is called the “Petitioner.” The petition is served in person on the other party, the “Respondent.” The Respondent has 30 days to file an Answer to the Petition. If the respondent does not answer in 30 days, the court might grant the petitioner their request without the respondent being allowed to present evidence.

After responses are filed, the court will set hearings for temporary custody and child support orders so that a plan is in place while the case is active. Temporary orders address custody and visitation arrangements, child support, maintenance, payment of debts, costs, and possibly attorneys’ fees.

As part of the case, a court may require parents to file an Income and Expense Statement, a Property and Debt Statement, and a Child Support Calculation Worksheet, among others.

At some point, the court also may direct the parents to attend a parental education course.

If the parents can’t agree on custody issues, the Court can also order parents to attend mediation.

What about supervised visitation?

A judge can also order supervised visitation temporarily to help reintroduce a parent into the child’s life. The Court will specify the time and duration of the visits, including a suitable individual either proposed by the parents or as directed by the court. Supervised visitation may also be directed when one parent has shown signs of neglect or abuse, but those actions don’t meet the standard that would dictate no visitation.

Read More: How Does a Supervised Visitation Order Work?

Can a court order no visitation?

Yes. Missouri law prohibits a parent from having any visitation rights if they have been convicted of certain child abuse felonies. The victim of the felony does not necessarily have to be the child in the custody case for the parent to be denied visitation.

What is third-party custody?

If someone other than the parents gets physical and legal custody of the child or children, that is considered third-party custody. The court may award this type of custody if that is in the child’s best interests.

In awarding this type of custody arrangement, the court may consider other factors. These can include the relationship and interaction of the child with parents and the child’s adjustment to the new home. Other factors can include the child’s needs for frequent, continuing, and meaningful contact with both parents, along with their willingness and ability to perform their roles as parents.

Third-party custody can also be granted when both parents are considered unable or unfit to be custodians of their child or children.

Missouri laws permit grandparent visitation only in limited situations. Normally, grandparents do not have guaranteed rights.

However, the court may grant reasonable visitation rights to grandparents under the following circumstances:

As with all other Missouri child custody matters, the court will grant grandparent visitation only if it is in the grandchild’s best interest.

What happens when a child is born to unmarried parents?

After granting a paternity judgment, the father has equal rights concerning the child, including equal access and decision-making.

Often, when a paternity judgment is granted, the court or the parents will also establish a parenting plan.

Do I need to use a Guardian ad Litem or custody evaluator?

A Guardian ad Litem is an attorney appointed by the court to be the legal representative for the child. They do not represent either parent’s interests.

They have the power to gather evidence, interview witnesses, and use other tools at their disposal to uncover necessary facts to place and protect a child in the best possible manner.

Factors a Missouri Judge Must Consider When Deciding Custody

The Missouri child custody laws and courts place concerns on the child’s best interest above all else. As part of this, courts believe that it is in the best interest of each child to have frequent, continuing, and meaningful contact with both parents after they have separated or divorced.

To decide what is best for a child, the court must consider:

What is a Child Custody Parenting Plan?

Missouri courts require a parenting plan in custody cases to address legal custody and physical custody issues in detail. It is a binding legal document, and parents must follow the plan or risk getting in trouble with the court. (Of course, it’s perfectly acceptable to deviate from the plan if both parents are in agreement.)

Parents can create their plan individually or together. When they can’t agree, the court will create a plan instead.

At a minimum, all plans must address the following issues:

How Do I Modify a Missouri Custody or Visitation Order?

After a judge issues a custody and visitation order, it is possible to seek a modification through a new court case. The requesting parent must petition the court and show that there has been enough of a change in the circumstances that a new plan is in the child’s best interests.

Modification may be justified when one parent moves, has a new work schedule, or if either parent suffers from a chronic health issue or becomes disabled. A change may also be in the child’s best interests when a parent engages in dangerous or neglectful behavior that endangers the child.

Read More: How to Prepare for a Divorce Trial

If you have physical custody of your child, the non-custodial parent will most likely be ordered to pay child support. Support is treated as a separate matter in Missouri, and it is determined in a

formulaic manner. Child support is based on several relevant factors, including:

In setting a child support amount, the court is specifically not allowed to consider the marital misconduct of either parent.

Does the court consider what a child wants in a Missouri custody case?

Sometimes. The court will have the final say regarding which parent the child prefers to live with. One of the state guidelines references the child’s preferences, but those wishes are not binding.

There is no set age on when or how much influence a child will have, but an older child’s preference will carry more weight than a younger child’s.

When deciding, a judge will gauge a child’s ability to make a sound judgment and weigh that against the child’s best interests. The judge will also want to ensure that the child’s preference isn’t the result of undue influence, such as a parent bad-mouthing the other or attempting to bribe the child with promises of gifts.

Does Missouri favor mothers over fathers in custody cases?

Missouri child custody law explicitly provides that no preference may be given to either parent when awarding custody because of a parent’s gender.

What are the rules when a custodial parent wants to move to another part of Missouri or out of state?

State laws detail a process that must be followed when seeking approval from the court to relocate with a child.

Specific details and information regarding the relocation must be disclosed to the other co-parent in a written letter sent through certified mail. Suppose the parent planning to relocate does not provide this information. In that case, the court can modify the current parenting plan, order that the child returns to their original place of residence, or require that the parent seeking relocation to pay attorney fees and expenses.

The parent requesting relocation must also present their case to a judge with proof of how the relocation is in the child’s best interest.

In both cases, a parent could be held in contempt and ordered to comply with existing orders on file with the court. 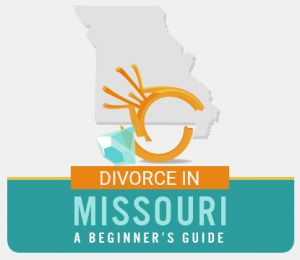 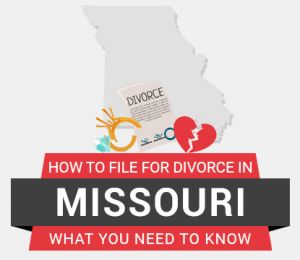 How to File for Divorce in Missouri 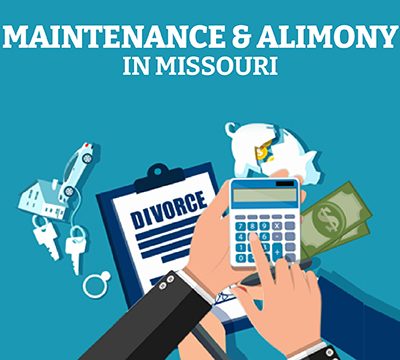