Learn how child custody is determined in Oregon, how to modify custody orders, and more.

One of the primary goals of Oregon child custody laws is to ensure that minor children have frequent and continuing contact with both parents. Both parents are encouraged to share in the rights and responsibilities of raising their children, but only when they are in the children’s best interests.

How is Custody Determined in Oregon?

Determining custody can be a long process, either decided cooperatively between parents or by a judge who issues a court order.

If one parent has abused the other, the court must assume that the abusive parent should not have joint or sole custody of the child.

Also, judges will often award permanent legal custody to the parent who has had physical custody of the child. Judges do not like to change the living situation of a child who is doing well.

In some cases, a judge will grant legal custody to a nonparent, such as a grandparent or a stepparent who has been living with a child and providing day-to-day care regularly. However, there must be compelling reasons why custody should not be granted to the natural parents. Usually, a judge cannot award custody to a nonparent unless that person has filed legal papers that ask for custody.

Custody evaluations may be ordered if spouses can’t agree on custody or visitation. A social worker or psychologist evaluates interviews and observations of parents, the children, and other relevant people acquainted with the family.

Some courts have a family services department that can perform these evaluations. Private evaluations are also available for use in more complex cases but cost thousands of dollars.

Is mediation an option?

Oregon has tools to assist parents in figuring out child custody issues. Under Oregon custody law, both spouses must complete a parenting class early in a divorce to teach strategies to children to adjust to divorce. A divorce cannot become final until both parents have completed the course and filed the appropriate certificate with the court.

After both parents have completed the parenting class, they must attend one or more mediation sessions with a neutral third-party hired by the court. The goal is to help the parties agree on custody and the parenting plan.

You can request a waiver of the mediation requirement if there’s a good reason, such as domestic violence. If you prefer, you can talk to the mediator about abuse which should be considered when deciding whether and how to mediate a case.

What is the “Best Interests of the Child” Standard?

If both parents can agree to a custody and parenting time arrangement, either on their own or with the help of a mediator, a judge will usually accept their agreement. It will become part of the court order only if it reflects the best interests of the child.

When parents can’t agree, a judge will hear both sides and decide what custody arrangement is in the “best interest” of the child or children. Under Oregon custody law, the judge must consider the following factors:

The judge can also consider other relevant facts to determine what is in the child’s best interest, including:

What are the Different Types of Custody?

Sole custody and joint custody are two types of custody in Oregon. Sometimes they are referred to as “sole legal custody” and “joint legal custody.”

In joint custody, an Oregon court awards the child’s legal custody to both parents, with a provision for the child’s primary caregiver’s place of residence to the custodial parent. A child has “parenting time” or visitation with the other parent (called the noncustodial parent).

Both parents will have an equal say in making significant decisions that affect the child’s life, but the child may not spend equal time with each parent. Joint custody is ordered by the court only if both parents agree to this type of arrangement, along with the provision that joint custody will be terminated at any time by the request of either parent. ​If either parent objects to joint custody, a judge decides which parent will have sole custody.

With sole custody, one parent has the sole right to make vital decisions regarding the child’s health education, religious training, medical care, primary residence, and other important matters.

Joint custody does not mean the child lives with each parent 50% of the time. Parents may have joint custody even when a child lives most or all the time with one parent. Unless there is a compelling reason to allow it, reasonable and consistent visitation for the non-custodial parent will be permitted under terms spelled out in a parenting plan.

Read More: What is a Marital Settlement Agreement?

To ensure both parents have frequent and continuing contact with their children after a divorce, Oregon child support laws require parents who have shown the ability to act in the child’s best interests to create a parenting plan.

Every county has a model parenting plan that can be used by families who want to develop their plan, or Oregon courts may decide on a parenting plan when disagreements arise.

Parenting plans may have detailed terms or general terms, but all of them should establish a minimum amount of parenting time (visitation) for the parent who does not have custody. Parenting time is also based on the “best interests of the child.”

There are many variations to a parenting time schedule, and it’s essential to know there is no presumption in Oregon law for equal parenting time.

It’s best to remain flexible because so many variations are possible. Parents should try to work out a plan that fits their needs and is in the best interests of their children.

In cases where parental abuse, neglect, or drug activity is or has been present in the past, the court may order parenting time to be supervised. That means a designated third party, such as a family friend or relative, must be present when a parent visits with the child.

A court will deny parenting time entirely only in extreme circumstances where there is a clear danger to the child.

It’s possible to modify custody or visitation orders when a requesting party can demonstrate a substantial and unanticipated change of circumstances has occurred since the previous order was filed.

A modification request can either take place by a written agreement between the parties (which is signed by a judge and filed with the court) or by court order after a hearing.

The court may also consider other factors (e.g., remarriage or relocation). A change in the visitation schedule may be sought without showing a substantial change in circumstances, providing it is demonstrated that changing custody is in the child’s best interests.

Read More: How Should I Prepare For a Divorce?

No. The child custody process and decisions are gender neutral. By law, fathers have the same claims as mothers regarding child custody. The court cannot give preference to the mother or father based on gender.

Courts also can’t consider the conduct, marital status, income, social environment, or lifestyle of a parent unless it has or could damage the child physically or emotionally.

Yes, but in certain circumstances, you’ll need to go through a legal process before a move takes place.

If you’re moving less than 60 miles farther from the other parent, no legal action is necessary unless a court order says you have to give notice even for this short move. Usually, custody orders when a parent and child move more than 60 miles farther away require a court and parental notification.

Because the law recognizes it is in a child’s best interest to maintain a close and continuing relationship with both parents. When a child and noncustodial parent have lived close to each other, there are special considerations when a custodial parent wishes to relocate.

The judge must consider if the relocation is in the child’s best interest. The judge will consider:

The same general provisions will apply if you want to move out of Oregon and are a custodial parent. If the relocation is allowed, the non-custodial parent has the right to modify their visitation schedule to make visitation more feasible, resulting in fewer but more extended visits.

Can I get legal custody before my divorce is final?

In some cases, yes.

For example, if you’ve been an abuse victim in the prior six months, you may be able to get an emergency restraining order with custody under the Family Abuse Prevention Act.

Temporary custody can be given to one parent when a child is in immediate danger or to prevent either parent from removing children from their current situation.

These orders are called “temporary protective orders of restraint.” and can be either for “temporary emergency custody” or a “status quo” order.

The court can make a custody decision only if your children have lived in Oregon for six months, need emergency protection, or in some special situations when they have ties to the state. 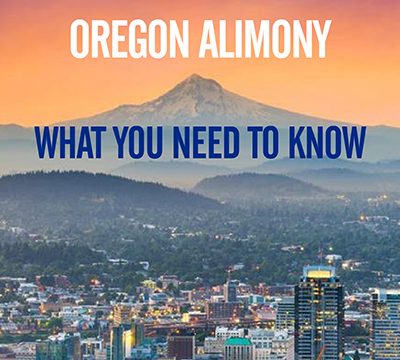 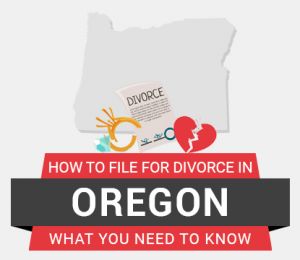 How to File for Divorce in Oregon 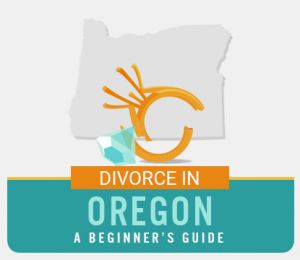