Learn the types of alimony and how judges determine spousal support awards in Tennessee.

Alimony is often one of the most important things that must be settled between two parties in a divorce. In Tennessee, alimony is also often referred to as spousal support and is governed by statutes in the Tennessee Code under Title 36, Chapter 5, Section 36-5-101.

Here’s what you need to know if you’re involved in alimony discussions as part of your divorce.

Types of Alimony in Tennessee

Most divorces are settled and few actually go to trial in Tennessee. Alimony often takes a prominent role in these negotiations which are resolved through face-to-face negotiations between parties or through more formal mediation.

If a divorce goes to trial, a judge will decide all parts of a divorce, including a division of assets, child custody, alimony, and several other important issues.

Judges will hear evidence at a trial before deciding whether or not to award alimony, what kind, and for how long. As part of this process, courts can award one of four types of alimony to a party. Those types of alimony awards are:

This type of alimony provides financial support to help a spouse who’s been out of the workforce or lacks the education and training to get a job that would allow them to have a standard of living similar to the one the spouses had during the marriage. It is generally shorter in duration than other forms of alimony and is weighed against progress made in creating a new and independent pathway in the workforce.

This is a relatively new form of spousal support in Tennessee. It lasts only for a specified time period and cannot be modified unless that option was part of the agreement during the initial divorce settlement. It is different than rehabilitative support because no commitment to education or training is required. A judge may award transitional alimony when children are involved and one spouse has primary custodial responsibilities. With a fixed duration and amount, each parent is able to more effectively budget and plan for the future creating stability and predictability.

This is also known as periodic alimony and is a long-term award given to one spouse when there is a significant difference in earnings and wealth between parties. It is awarded with rehabilitative alimony is not possible because a spouse cannot be expected to reach a level of earning capacity to allow a standard of living comparable to a standard that was enjoyed during the marriage, or a standard that is comparable to the post-divorce standard of living of the other spouse.

Although in theory, this is the goal, most judges do not award an amount to make the lifestyles of the parties exactly equal post-divorce. Also, judges generally expect an able-bodied, intelligent spouse to do more on their own either immediately or eventually after a divorce.

This is also referred to as lump sum alimony. It is a form of long-term support, but the difference is that an agreed-upon amount is decided during the divorce, and is usually paid in installments over a set time period. However, in some instances, a single payment is made in a lump-sum amount.

It is often used to balance out a lop-sided property division such as when an indivisible asset is awarded to one spouse or the other (i.e., the family home). Once the alimony in solido amount is decided, it can’t be modified and it does not terminate when the receiving spouse or payor dies.

Judges have the final say, but the duration to receive alimony is often based on the length of the marriage. A general rule of thumb that is commonly used is one year of alimony paid for every three years of marriage. For example, a marriage lasting 12 years might translate into an alimony award of 4 years, though this isn’t always the case.

The type of alimony awarded will impact duration and a person seeking alimony may have those payments discontinued if they remarry or they cohabitate.

Courts determine alimony on a case-by-case basis in Tennessee, and judges have a lot of leeway in determining the final amount and duration.

The two most important considerations courts use are the need and ability to pay. In addition, to guide them in these decisions, the state has developed several statutory factors that judges use as part of this process. Those statutory factors are:

Courts place less weight on fault in a divorce with short-term marriages, defined as lasting less than seven years.

In longer-term marriages, fault plays a more prominent role. However, fault is not supposed to be punitive. Theoretically, that means the court should not award alimony to a spouse just because of marital misconduct and should not add a large sum award solely because of wrong-doing.

Read More: Different Types of Child Custody and What They Mean

The type of alimony awarded will determine if a spousal support order can be modified or terminated. Some awards are structured so they are not modifiable, or perhaps modifiable only under certain specified circumstances.

Transitional alimony may be considered for modification, but only in some circumstances. Alimony in solido cannot be modified under any circumstances.

To request a modification or termination of alimony, the person requesting the change must petition the court for a modification. The court will conduct a hearing, reapplying the factors noted above, along with new information regarding material changes in income or circumstances and then issue a decision.

Just as in an original spousal support decision, a judge will give equal weight to the needs of the obligee and the obligor when deciding whether to approve a modification request.

A key thing to understand is that, just because there is a significant change in a spouse’s circumstances, does not mean that the court will automatically increase, decrease, or terminate support.

According to Tennessee divorce laws, alimony in solido and transitional spousal maintenance awards end when the stated length of term ends according to the court’s order.

Transitional alimony or alimony in futuro awards can terminate if a recipient is living with a third person or gets remarried. The payor can argue in court that there is a presumption that the recipient is either giving or receiving support from the third person.

Alimony payments end when either former spouse dies, except with alimony in solido.

Because judges do have a lot of discretion, circumstances may exist in your particular case, and if you believe that’s so, it may be wise to consult an experienced family law attorney to seek a change in your alimony agreement.

Due to recent changes in Federal laws, alimony or separate maintenance payments under a divorce or separation instrument executed after 2018 cannot be deducted by the payer. These payments are also not included as income for recipients.

The same is true of alimony paid under a divorce or separation instrument executed before 2019 and modified after 2018, if the modification expressly states that the alimony isn’t deductible to the payor or includible in the income of the recipient.

Is custodial status of minor children considered when determining alimony in Tennessee?

Does Tennessee have an alimony guideline formula?

Many states use official formulas to set base alimony and child support amounts. However, Tennessee does not use alimony guidelines. Instead, judges are guided by factors they must consider when determining the amount or duration of alimony.

Does Tennessee have an alimony calculator?

No. You might find various calculators created by various legal entities, but the state of Tennessee does not have an official calculator that is used to compute alimony.

How long do you have to be married in Tennessee to get alimony?

The best answer is, “it depends.”

Judges can decide to award alimony for any marriage of any length. However, shorter marriages will result in smaller and shorter duration awards. Longer marriages will result in longer awards as a rule of thumb. For example, if you’re married for a year or less, you might only get alimony for a few months. If you’re married for 25 or 30 years, and depending on your circumstances, you could receive spousal support for many years.

What is the most common type of alimony in Tennessee?

Alimony in futuro, or periodic alimony, is most common in longer marriages. This enables a spouse to maintain a lifestyle close to the one he or she maintained during the marriage.

Does Tennessee have lifetime (permanent) alimony?

In some cases, yes.

There is no predetermined length of time for alimony payments. How long alimony payments are made is determined by several factors. There may be cases where a spouse simply cannot support themselves in any way for the balance of their lives, such as with a degenerative disease or chronic health condition, and in those cases, it’s possible for permanent alimony to be awarded.

What can happen if I don’t pay alimony in Tennessee according to the court award?

You could wind up in big trouble!

If an ex-spouse tries to avoid paying alimony, the recipient spouse can initiate legal action to compel a payor to meet their obligation. This involves filing a petition for civil contempt, criminal contempt, or both. The recipient spouse then needs to prove that the payor spouse was in willful violation of the alimony award.

Unpaid alimony is known as alimony arrears. Arrears can be collected in several possible ways through various court actions:

To stop making alimony payments, if you believe you have grounds to do so, you’ll need to file a motion to terminate alimony at your local circuit or chancery court clerk’s office. During a court-scheduled hearing, you’ll have an opportunity to prove that your financial circumstances warrant a change in alimony. Otherwise, your best bet is to keep making payments until a different arrangement can be worked out. 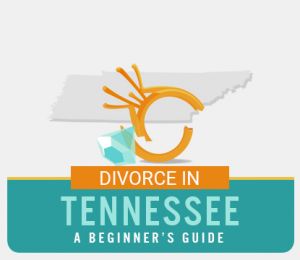 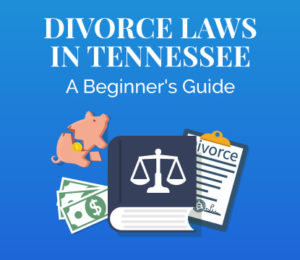 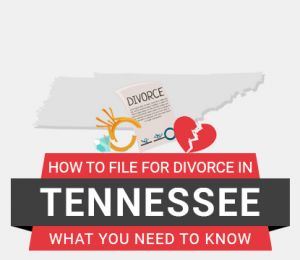 How to File For Divorce in Tennessee