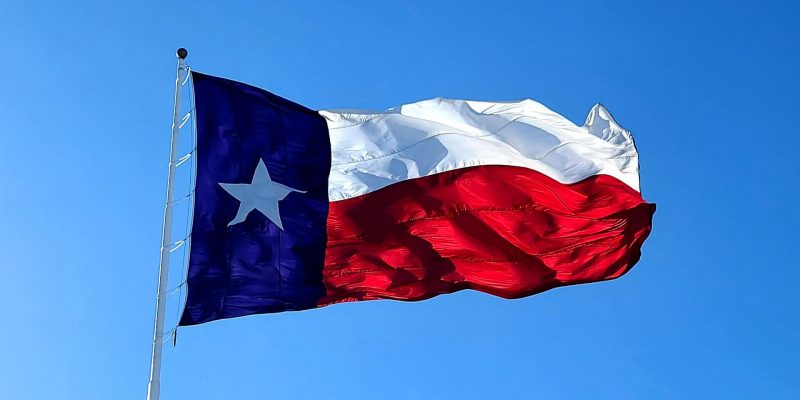 Divorce is never easy, but it may be even more challenging when both spouses are in the military.

When one or both partners are active-duty military members or service personnel, even those in the national army or reservists, the phrase “military divorce” is used. A military divorce has more criteria involved than a civilian divorce. While this may increase the complexity and length of the divorce process, additional standards are in place to safeguard individuals serving our country who are going through a military divorce.

Understanding how Texas military divorce laws may affect you and being aware of—and protecting—your legal rights is critical.

In various ways, military divorce differs from civilian divorce in Texas. While the Texas Family Code governs most concerns, active-duty members are subject to a set of exclusions and adjustments. Furthermore, laws in various branches of the military can differ slightly. For example, different provisions for assessing alimony or child support may apply in the army, navy, or air force.

Two major federal acts are utilized to define the rights and duties of military families. The Servicemembers Civil Relief Act (SCRA) and the Uniformed Services Former Spouses’ Protection Act (USFSPA) are two laws that protect servicemembers and their former spouses. They allow Texas courts to deal with retirement benefits and default judgments for service members.

Divorce papers must be personally served on an active-duty service member, which is one of the most important issues. Other methods of process service are not acceptable. For example, if an active service spouse is stationed overseas, the divorce process may take longer.

The time required for a service member to reply to being served may also be extended. Active-duty military members have an additional 90 days to react to being served under the Service Member’s Civil Relief Act (SCRA). They can also ask the court to postpone the hearing until they return from deployment.

The military divorce process is governed by several federal statutes. The Servicemembers Civil Relief Act (SCRA) was enacted to provide military members with protections such as the termination of rental agreements, mortgages, and interest payments, among other things. One of the most important issues was to keep an active duty military member from getting divorced while on deployment.

Texas courts, on average, allow procedures to be postponed until the end of a service member’s active duty, regardless of how long that takes. After leaving active duty, they also have up to 60 days to reply to a divorce suit. A spouse in a civil marriage, on the other hand, usually only gets 20 days to respond.

Spouses who meet the federal requirements in Texas are eligible to file for divorce. The typical norm is that one spouse must reside in the state for six months and in the county where the action will be filed for 90 days before the case can begin. Furthermore, Texas military divorce regulations stipulate that any resident deployed outside Texas or abroad meets the residency requirements.

Military members who have never lived in Texas can receive a divorce if assigned in the state and a certain county for six months and ninety days, respectively. If they were joining their spouses on active service for the times stated, any spouse divorcing a military person is deemed domiciliary and can file for divorce in Texas.

Serving as a Military Spouse 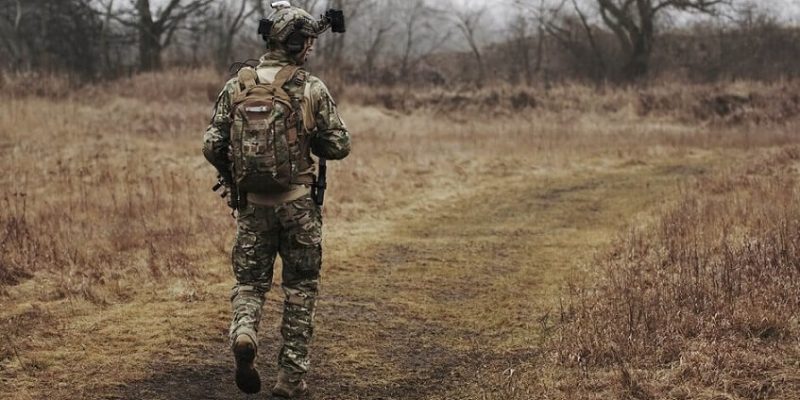 When a service member is correctly served with divorce papers, the divorce proceedings begin. The fact that these papers must be given in person is one of the most important requirements. It can be difficult, especially if one of the spouses is stationed out of state.

There is another alternative for spouses who have decided to terminate their marriage amicably. They can have an amicable divorce if they agree on all major problems of their separation. If the servicemember submits a waiver affidavit, the military spouse does not have to serve the papers in person.

The legal grounds for a military divorce are the same as in a civilian divorce case. When divorcing a soldier, one of the parties to the contract could provide the court with one of the following reasons:

Simply put, insupportability means that you and your spouse are at odds to the point where your marriage can no longer be preserved. When there is no need to prove anyone’s culpability, it is a typical premise for an uncontested divorce. In the case of incarceration in a mental institution, it must take place and last for three years with no hope of recovery.

Military marriages in Texas are essentially equivalent to civil unions in terms of property split. All assets and obligations obtained by spouses in marriage will be distributed fairly according to state law, regardless of where they were acquired. The individual property will not be divided and will stay in the hands of its owner. Inheritance, gifts, and everything obtained before the wedding are examples of separate property.

Federal laws directly impact military marriages, in addition to general rules that apply to all forms of marriages. The Uniformed Services Former Spouses’ Protection Act (USFSPA) governs the distribution of retirement benefits. If the spouses have been married for ten years and the service member was on active duty, their retirement income will be distributed in a Texas military divorce. 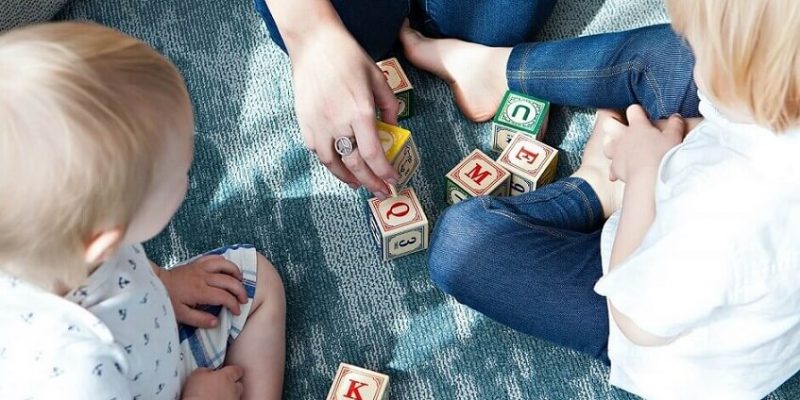 In Texas, child support is computed based on the monthly salary income and the number of children. For instance, if you have one child, they will get 20% of your monthly salary. Two children will each receive 25%, and so forth. On the other hand, the general obligation cannot exceed 60% of a service member’s pay and allowances. In complicated cases, it is advisable to seek the advice of an experienced attorney.

The computations are as follows:

When a custodial parent is called to active duty in the military, Texas law allows them to petition the court for temporary custody of the child. The court may grant temporary child custody to the following people in order of preference:

The temporary custody order will expire when the custodial parent returns from deployment. Each parent will reclaim the rights and obligations before the deployment time.

If there is a court order, military service has no bearing on a military member’s duty to pay spousal support. A court evaluates whether a military spouse requires alimony by considering the dependent spouse’s employment and income prospects in any divorce procedure. If a spouse has a premarital agreement, the court will enforce the terms of the agreement.

Spousal support might be granted for a short or long time. Its length is decided by the length of the marriage and the ability of the obligor to pay it. The quantity or form of alimony is unaffected by marital wrongdoing or the connection between the spouses. Once more, alimony plus child support cannot total more than 60% of a member’s monthly income.

To begin, go to the District Clerk’s office in the county where you meet the residency criteria and file a Petition for Divorce. Make two copies, one for your spouse and the other for yourself. Once you complete the filing fee, the Clerk will assign your papers a case number.

After that, you must give your spouse legal notice. It can be done in person, via mail, or through publication. After serving your spouse, you must file an affidavit of service with the court. Within 20 days, your spouse should submit an answer, allowing them to be notified of court sessions.

After a 60-day waiting time has expired from the filing, the final judgment can be issued.

Military Spouse’s Rights and Benefits in a Divorce

After a divorce, the Uniformed Services Former Spouse Protection Act (USFSPA) protects the rights of a former military spouse. It decides how much of a service member’s retirement pay will go to the other spouse. To divide the retirement income, a military couple must have been married for at least ten years. Healthcare benefits are also included in the entitlements of military spouses.

A spouse of a service member may be eligible for many different benefits. They take into account the number of years spent together like a married pair, as well as how many of those years overlapped with active duty.

A non-military spouse is eligible for medical care, health insurance, and other benefits under the 20/20/20 rule (20 years of service, 20 years of marriage, and 20 years of overlapping between them).

A former spouse will only be eligible for one year of medical coverage and access to military pharmacies if a 20-year marriage has a 15-year overlap with active duty. If a spouse is still unmarried and does not have another insurance plan, the two rules apply. CHCBP (Continued Health Care Benefit Program) is available to those who do not meet the 20/20/20 or 20/20/15 guidelines.

Whether you’ve been served with divorce papers or you’re the one who’s starting the process, you’ll need to hire a lawyer who has handled military divorces before. They will be aware of your wants and concerns and the steps required in the procedure.

It’s critical to hire an experienced professional for the job. Because this isn’t your typical divorce, you shouldn’t use a lawyer who doesn’t specialize in military divorces. This is an investment in your future and the person you choose to represent you will have a long-term impact on your future. 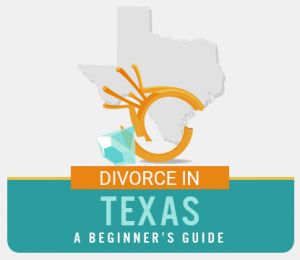 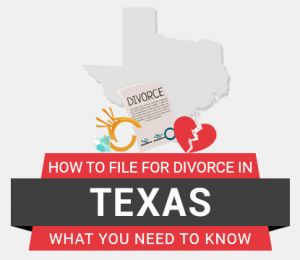 How To File For Divorce in Texas 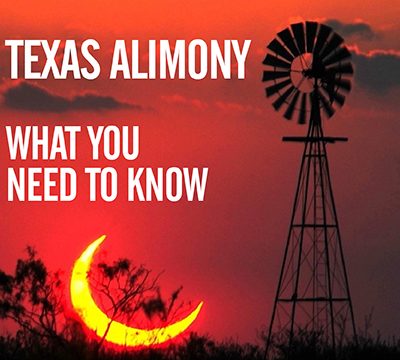 Understanding and Calculating Alimony in Texas