Find out how child custody is determined in Colorado and how custody orders are modified.

In Colorado, courts are inclined to grant shared custody (known in the state as shared parental responsibilities) so that each parent remains equally present and involved in the child’s life. That’s not a hard and fast rule, however.

In this guide, I’ll break down what you need to know about Colorado child custody laws. Let’s dive in.

What are the Types of Child Custody in Colorado?

Unlike other states, Colorado uses the term “parental responsibility” to describe the parental rights and responsibilities each parent owes to their children.

Full custody, also known as sole legal custody, is when only one parent has time and decision-making authority regarding major decisions such as education, health, and basic welfare. Sole custody is not granted often and is generally only awarded when there is a threat to the child’s best interests. For example, a parent can be found unfit based on the inability to set age-appropriate limits or care for the child’s needs, previous involvement in the child’s care, substance abuse, and indifference to the child.

Joint custody, also known as “shared parental responsibilities,” is when parents remain present in the child’s life and have equal decision-making power. Each parent receives equitable visitation rights and parenting time with the child in a joint custody arrangement.

However, one parent may be granted sole physical custody under joint custody. In this arrangement, the child permanently lives in their household rather than staying with the other parent for a period of time. A schedule is set based on the child’s best interest, including the parent’s availability, the child’s school schedule, and the ability of each parent to care for the child.

Unlike sole legal custody, a non-custodial parent still retains rights concerning visitation, decision-making, and other contributions to the child’s well-being.

Colorado strongly emphasizes each parent’s ability and willingness to encourage a positive relationship and ensure frequent contact with both parents. Colorado courts frequently require divorcing parents to attend parenting classes to learn about the impact of separation and divorce on both adults and children and get some basic instruction in co-parenting skills.

Parents can also develop their own parenting arrangements. Courts often require parents to attend custody mediation sessions before beginning a contested court procedure to assist with this.

All custody decisions are based on the Best Interest Standard in Colorado (more on this below).

Courts favor ongoing and reasonably balanced shared contact between parents and the child, so a judge will often work from that premise to establish parameters for a child custody order.

Because courts are given broad discretion, they will treat each case uniquely, blending parenting time (physical custody) and decision-making (legal custody) into a fair agreement for everyone.

When couples cannot agree on physical custody or legal custody matters, custody can be determined by using a mediator or collaborative divorce attorney or facing a contested custody battle in a Colorado court.

When determining custody, under Colorado statutes, a judge must weigh factors that collectively define the best interests of the child.

Child support is based on the physical custody of the child and each parent’s income. A child support payment helps with the child’s needs, including necessities, educational expenses, health insurance, clothes, a safe home, and recreational activities.

When and how you pay child support, it is treated separately from child custody. But if one parent has substantially more physical custody time than the other, this could directly influence the amount of support a non-custodial parent could pay.

In some cases, a family court will appoint an evaluator or a Guardian ad Litem to provide legal representation for the child’s interests. This court official has investigative powers and will report findings to the court.

A Guardian ad Litem is not appointed in all cases but can be especially valuable in a high-conflict divorce.

Above all else, the state of Colorado bases decisions regarding child custody on what they consider to be the “best interest of the child” (Colorado Revised Statute Section 14-10-124).

The court looks at the following factors to make their decision:

Equal parenting time is the preference, but there are instances when one parent may have more time awarded with a child than the other, including:

What is a Colorado Child Custody Parenting Plan?

Parenting plans are detailed operating instructions on how custody will be shared between parents. Parents can create a parenting plan on their own, or the court will step in and create a binding plan when parents can reach an agreement.

By default, Colorado child custody laws recognize that it is generally in a child’s best interest to have frequent contact with both parents and to have both parents participate in child-rearing. From this premise, courts look for cooperation between parents, which is often reflected in a parenting plan.

A parenting plan will include detailed information on:

Cases involving parental abuse, neglect, or drug activity, present or past, will influence how a parenting plan is drafted and approved.

For example, a court may restrict parenting time or order supervised parenting time by a designated third party, such as a family friend or relative. However, a court will deny parenting time entirely only in extreme circumstances where there is a clear danger to the child.

How Do I Modify a Custody or Visitation Order?

Custodial and noncustodial parents can request to modify custody in Colorado.

You can request a child custody order modification anytime there is a substantial change to the emotional, physical, academic, or other significant needs of a child. Like all other custody concerns, the overriding concern in a modification is to ensure the child’s best interest.

Colorado courts only allow changes in child custody and decision-making orders every two years. There are two exceptions: if the court decides that waiting would endanger the child’s health or emotional development or if you request to modify the child’s primary residence.

The courts will send a copy of your motion to the other parent, notifying them of your petition to modify child custody orders. Within 49 days of filing the motion, the courts will review your motion and decide whether to schedule and resolve the case with or without a hearing.

What Makes a Parent Unfit in Colorado?

Colorado is a state that prefers joint legal custody or 50/50 parenting. If you want sole custody, you’ll need to prove to the court that the other parent poses a risk to your child.

An unfit parent is a proven danger to a child. That can either be due to the indirect effects of their current behavior involving domestic violence, substance abuse, or mental issues, or past crimes related to physical or sexual violence.

Any significant and proven history of emotional, physical, or sexual abuse from the other parent towards your child is grounds for the Colorado courts to award you sole custody.

To protect your child from an unfit parent, seek legal help. After that, the first step is usually to file a complaint for allocation of parental responsibility. You must also create and file a parenting plan suggesting full custody. If you can prove that the other parent was abusive, you can avoid mediation and take the parenting plan directly to the judge.

Can a custodial parent move to another part of Colorado or out of state with a child?

Colorado child custody and visitation relocation laws require a parent seeking to relocate with the parties’ child to provide written notice to the other parent and include:

The Colorado Custody And Visitation Relocation Standard further requires the court to consider such a request and decide whether relocation “is in the best interest of the child,” considering all relevant circumstances, including ordinary custody-visitation-parenting time factors, and additionally nine particular concerns.

Both parents are equal in the eyes of Colorado law, so a judge must consider the right to travel and the right of choice in family life along with the list of 20 factors specifically set forth by Colorado’s statutory custody laws. Of these, 11 are the same factors that influence the allocation of parenting rights in an initial custody case.

Judges recognize the impact a move can have on a child’s life, so to help sort out the issues, most Colorado courts require mediation before granting a court trial or hearing on a parent’s request to move with a child.

In relocation cases, courts also look closely at the cooperation levels between parents, along with a reminder of how important it is that they continue to work together and determine the design and management of their parenting plan cooperatively.

What custody and visitation rights do grandparents have in Colorado?

Grandparents or any third party other than a parent do not automatically have legal custody rights.

Visitation rights or “parenting time” may also extend to non-parental custodial guardians such as step-parents and grandparents. Grandparents also have the right to spend time with their grandchildren under Colorado custody laws.

There are limits on visitation, prohibiting third parties from inserting themselves into a child’s upbringing so that it restricts the child’s parent’s rights.

Can a parent refuse to allow visitation by the other parent?

Custody orders are legal and enforceable court orders. As such, a parent cannot deny contact or refuse visitation by the other parent unless there is a danger to the child or it is otherwise not in their best interests.

Does Colorado favor mothers over fathers in custody cases?

The courts do not award parental responsibilities based on gender in Colorado child custody cases. Mothers and fathers are treated equally in court matters.

While there is no set age limit on when a child can express their wishes regarding custody and visitation in Colorado, the court decides custody on a case-by-case basis. It will examine the child’s maturity and consider their opinion under certain circumstances. However, the court retains final authority in all cases. 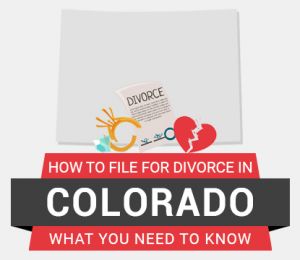 How to File for Divorce in Colorado 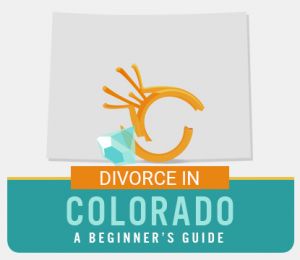 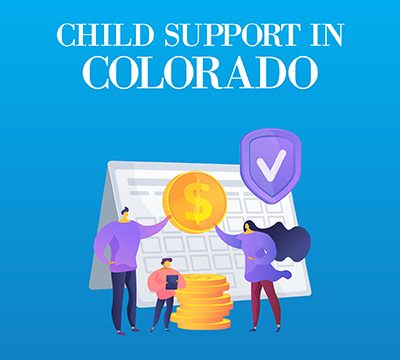