Learn about Illinois child custody laws and get answers to common questions.

Child custody can be one of the most contentious parts of an Illinois divorce, particularly if you and your spouse don’t see eye to eye.

So if you’re looking for an overview of Illinois child custody laws, you’ve come to the right place. In this guide, you’ll learn:

What are the Types of Child Custody in Illinois?

The term “child custody” does not formally exist in Illinois anymore. In 2016 the Illinois legislature rewrote the Illinois Marriage and Dissolution of Marriage Act to strike the word “custody” entirely out of the Act. Instead, the terms “allocation of parental responsibilities: decision making” and “allocation of parental responsibilities: parenting time” have replaced the phrase “custody” throughout the Act.

Instead of describing a parent’s relationship with a child as to custody, the Illinois legislature now uses parenting time and responsibility.

If you and your former spouse have been awarded joint legal custody and subsequently disagree on a primary issue concerning how to raise your child, provisions in the parenting plan should give you enough direction to resolve the disagreement. However, family law judges expect maximum parental cooperation and involvement in the child’s life.

Physical custody is known as parenting time and is a legal order determining where the child is physically spending time. Even when parents share decision-making responsibilities, Illinois law usually designates only one parent as the primary custodial or residential parent. This is where a child usually lives and spends most of their time.

Joint physical custody arrangements typically work best when divorced parents get along well and live nearby each other, which minimizes the stress of constantly uprooting a child from a consistent environment.

How is Custody Determined in Illinois?

Parenting time is a schedule of each parent’s time with the children and is part of a parenting plan that must be created and approved by the courts. If parents can’t agree on the schedule, the family court judge will assign the parents a schedule based on the “child’s best interests.”

Whether determining parenting time or decision-making responsibilities, Illinois judges make their custody determinations based on what is in your child’s best interests.

A law called the Uniform Child Custody Jurisdiction and Enforcement Act (UCCJEA) sets the rules on which the court has jurisdiction to avoid conflicting custody opinions from courts in different states. The UCCJEA determines which state is the child’s “home state” for custody matters. Courts in the home state have jurisdiction over custody litigation involving that child and are the only ones that can hear a custody case for that child.

Illinois custody laws give the court jurisdiction to hear a child custody case if:

Some judges may decide parents should attend court-ordered mediation when they can’t agree on a custody arrangement. The certified mediator is a neutral third-party attorney, social worker, psychologist, or therapist.

These sessions are non-binding and confidential and work in a collaborative framework to help parents better communicate wants and goals to reach an agreement.

Can a Judge Order Supervised Visitation or No Visitation?

If a judge determines someone is an unfit parent, they can decide that the parent will get no physical custody. In lesser degrees of being unfit, the judge can order supervised visits when a predetermined person (i.e., a social worker, trusted family members, or some other agreed-upon person) is also present.

Can Grandparents Apply for Child Custody?

Under Illinois law, all decisions regarding parenting time are governed by the child’s best interests. This standard means when the court determines parenting time, it must consider many factors, including:

The court does not typically restrict parenting time unless you can prove that it is likely parenting time would seriously endanger your child’s physical, mental, moral, or emotional health.

A court also decides on a legal custody arrangement of the child based on the child’s best interest and using the following factors:

What is the Right of First Refusal?

The right of first refusal is not given in every case, and there can be stipulations such as transportation requirements or a notification timeline.

Illinois law allows married and unmarried parents to petition the court for the allocation of parental responsibilities. The wording is a bit different, but essentially this is establishing a parenting plan.

You and your spouse have 120 days from the date of filing the petition to file a proposed parenting plan. You can file this plan jointly or separately, and it must include decisions regarding:

The court may require you to attend mediation to formulate a parenting plan before a judge assumes the duty of allocating responsibilities. Divorcing parents can submit their agreed-upon parenting plan any time before a judgment of dissolution of marriage.

There is a higher standard to modify a child custody order if you ask for a change within the first two years after the order has been implemented.

To modify an order within two years of the initial order, you must file an affidavit stating that the child’s current situation puts your child’s emotional, physical, mental, or moral health in danger. Illinois courts will only modify if your children face “serious endangerment.”

If a child custody order has been in place for two years or more, the courts will employ a different standard using a two-part test to determine if modifying the current parenting order is necessary.

When a parent does not comply with an already agreed-upon parenting schedule, an Illinois court may take steps to enforce the original order rather than make any modifications.

What are the Illinois custody laws for unmarried parents?

Unmarried parents have almost the same rights and responsibilities as married parents in Illinois. However, if you’re unmarried and seeking custody of your child, you must first establish a parent-child relationship.

A parent can establish a parent-child relationship in the following ways:

You can seek custody of the child after the parent-child relationship has been established,

Child support in Illinois is based on a complicated calculation that accounts for both parents’ incomes.

Essentially, child support is reduced by half if a parent has a 60/40 or more share of parenting time. Parents practicing joint 50/50 custody in Illinois usually waive child support and simply divide the children’s expenses 50/50 or proportionately to their incomes.

Does a child have a say in custody matters in Illinois?

It depends. A court is not obligated to let a child have a say in who they want to live with.

However, the court will consider what the child wants, no matter how old they are. The older or more mature a child is, the more weight their opinion will have. That preference will carry even more weight when it’s based on sound reasoning, such as a desire to remain with friends, to continue attending the same school, or to remain in the same environment.

The bottom line is that a child’s best interests will determine the outcome of a custody case.

Does Illinois have a parental gender preference in child custody cases?

No. The courts do not favor either parent based on their gender. Again, the overriding guiding principle when deciding legal and physical custody of the child is what is in the child’s best interest.

Can a custodial parent move to another part of Illinois or out of state?

Yes, but there is a specific procedure that must be followed. A custodial parent can’t move a child out of Illinois without a court order. The parent who wants to relocate with the child out of state bears the burden of proving that the move serves the child’s best interests.

A court must consider the following factors in determining whether a proposed move to another state is in the best interests of the child:

As part of the review, a judge will want to know about housing arrangements, job opportunities, neighborhood and school quality, available activities for the child, and a well-considered plan to keep the child in touch with the left-behind parent.

A custodial parent may remove the children to another part of the state without a court order unless there is a written agreement to the contrary. However, because this will bring about a significant disruption in the child’s relationship with the other parent, this could be considered a material change in the child’s circumstance and turn into the foundation of a petition for custody modification.

A permanent relocation is different than a vacation. Parents are free to take the child out of state on a temporary vacation as long as the court order allows it, and the traveling parent provides the other parent with the address and telephone number where the child can be reached while out of state. 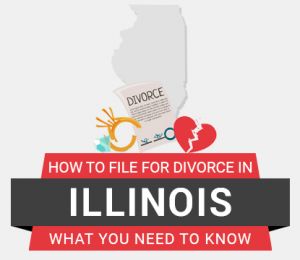 How to File For Divorce in Illinois 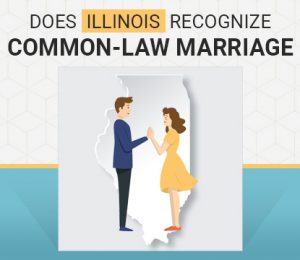 Is Illinois a Common-Law Marriage State? 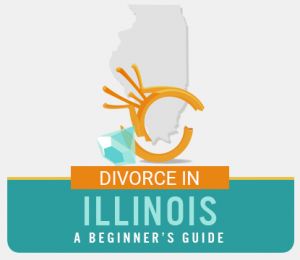