Learn about child custody laws in Nevada so you understand how custody is determined and modified.

For a Nevada court to create child custody and visitation orders, Nevada must be the “home state” of the children. That means the children must have lived in Nevada for six months (or since birth if the child is not yet six months old) before filing the case.

This is just one of several essential pieces of information you’ll need to know if you’re gearing up for a child custody battle in Nevada.

You can get complete information on child custody and visitation laws in the Nevada Revised Statutes, Title 11-Domestic Relations, Chapter 125, Dissolution of Marriage. A better place to start is by reviewing the information we’ve assembled below. It answers many questions you’re sure to have as you go through the process.

What are the Types of Child Custody in Nevada?

There are two types of child custody in Nevada.

Legal custody is a parent’s legal right to participate in the child’s major life decisions.

In Nevada, joint legal custody is “presumed” to be in the child’s best interest, and court will adopt this as the default unless a party “rebuts” it with “clear and convincing evidence.”

Unless one party can prove the other is an unfit parent and incapable of adequately participating in decisions for their child, both parents will end up with joint legal custody.

Physical custody is the equivalent of a parenting plan. It considers the practical realities the parents face in how and when they can care for their children. Deciding physical custody entails figuring out work schedule accommodations.

The courts believe that the stability of the child’s circumstances is critical, so the court will do all it can to maintain the status quo. The court will look at various factors in determining what physical custodial arrangement is best.

There are three different types of physical custody a judge can order:

If the parents cannot agree, the judge will set a trial and decide custody based on the “best interest of the child.”

How is Custody Determined in Nevada?

Under Nevada child custody laws, the court presumes the parties will share “Joint Legal Custody” over the minor children unless one parent is proven unfit. Joint custody does not necessarily mean the parents must divide their time with the child equally, but it does indicate that the child shall have ample time with both parents.

Judges have the final say in custody matters and have complete discretion to decide what custody arrangement works best on a case-by-case basis.

When a man and woman are married and have a child, the husband is presumed to be the child’s father. When an unmarried couple has a child, paternity is established in one of the following ways:

In same-sex child custody situations, the Nevada Supreme Court has held that same-sex parents can have an enforceable parent/child relationship.

Temporary orders can be issued while a divorce is pending to provide parties rights and obligations until a final custody order is put in place.

Read More: How to File For a Divorce in Nevada

A guardian ad Litem is a court-appointed attorney representing only a child’s interests in a custody case. They do not take into account the needs or interests of the parents. They have full powers to investigate and report to the court any issues that may impact the child’s best interest.

What if domestic violence is a factor in my Nevada custody case?

Nevada courts presume it is not in the child’s best interests for a parent to have sole custody or joint custody of the child if that has committed an act of domestic violence against the child, the other parent, or any other person in the child’s home.

Special provisions are made to protect the child from parents who are abusive, violent, have substance abuse problems, have abducted or attempted to abduct the child, have committed and been convicted of violent or certain sexual crimes, or exhibit any behavior that could prove to be detrimental to the child.

Visitation in these cases may be limited, supervised, or denied by the court, depending on the unique circumstances.

How do child custody and child support issues work as part of a divorce decree?

If the parents share joint physical custody, the court will calculate child support for both parents based on a percentage of the parent’s “gross monthly income.” Gross monthly income includes pre-tax income from all sources, including employment, tips, overtime, unemployment, and retirement. Each parent will have to provide the judge and the other parent with a financial statement, paystubs, and possibly prior tax returns so each parent’s income can be determined.

Then, the court will subtract the lower amount from the higher amount, and the parent with the higher income pays the difference.

If one parent has sole or primary physical custody, the other parent will pay the following in child support:

For each additional child, add 2% of the payor’s income.

The judge must order one or both parents to provide health insurance for the children. The cost of any insurance premiums may affect the total amount of child support paid. Unreimbursed medical expenses (i.e., copays and fees not covered by insurance) are typically paid equally by both parents.

Parents who cannot reach an agreement on child custody must attend mediation. In mediation, a court-appointed neutral third party will help the parents work through issues preventing an agreed-upon parenting plan from being executed.

Going through mediation gives parents more control over the custody process. However, if parents can strike an agreement, that duty will fall to a judge who will create a binding agreement that each parent must follow.

What Does “The Best Interests of the Child” Mean?

The court’s sole consideration is the child’s best interest when determining child custody in Nevada. You need to know and consider the factors and circumstances the court uses to get to this best interest standard.

The court considers all relevant factors, many of which include:

A parenting plan is a detailed set of rules and agreements that govern how you and your spouse will act as parents in a custody situation. Essential components of parenting plans can include:

Careful thought and consideration should be excised when developing the parenting plan because it will become a binding contract after the court accepts it.

You can create your own parenting plan or work with an attorney to have them create a plan for you.

Can you Modify Child Custody in Nevada?

Child custody and visitation orders can be modified at any time until the child is emancipated. Modifications are also based on the child’s best interests, so any change is based on similar factors in the original order. You must prove that one of the factors changed or that circumstances changed to justify a modification. For example, perhaps the parent has to move out of state because of an employment change, or a parent has become disabled, and the current plan would pose a significant hardship.

If both parents agree to the modification, it usually makes things easier. But the final decision as to whether or not to grant the request rests with the court.

Judges may not favor a mother over a father when making a custody determination in Nevada. The best interests of the child are the only thing that matters.

What are the rules about moving a child to another part of Nevada or out of state?

A parent who wants to move to another part of Nevada or out of state must seek the other parent’s consent. If the parent denies consent, the custodial parent must get a court order permitting the relocation.

Attempts to move with the child absent consent or court order could be considered grounds for a violation of the custody order and may result in a change of the custody arrangement.

Factors that a relocating parent must demonstrate to the court are

If a relocating parent demonstrates each of those factors, the court must then weigh the following factors and the impacts on each party:

It depends on the child’s age and maturity level. Generally, the older a child is, the greater say they’ll have in a custody preference.

Despite what a child wants, courts always put the child’s best interests first when deciding.

What are grandparents’ custody and visitation rights?

Grandparents and other third parties can petition for custody and visitation rights.

Nevada has adopted the “parental preference” doctrine, which presumptively favors a natural parent, even if a “better” placement for the child or children arguably exists. However, other options may be preferable if a child is at risk in any way, perhaps due to domestic violence or substance abuse. 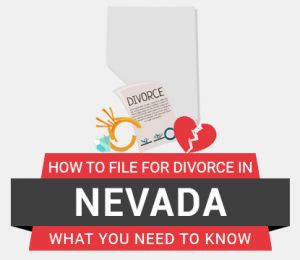 How to File For a Divorce in Nevada 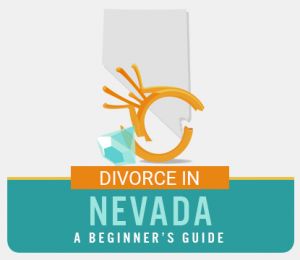 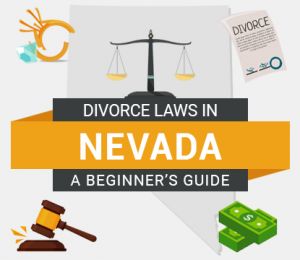