Alimony and Spousal Support in Louisiana

Learn about Louisiana alimony laws, the types of support, and how courts decide spousal support awards.

Nov. 21, 2022
Survive Divorce is reader-supported. Some links may be from our sponsors. Here’s how we make money.

Alimony (commonly referred to as spousal support in Louisiana) may be ordered during or after a divorce.

At its core, there are two key issues that need to be addressed: How much and for how long?

While that may sound simple, the devil’s in the details…

This guide will help you understand how spousal support is calculated, the factors a court considers, and much more.

Who is Entitled to Alimony in Louisiana?

You may be entitled to alimony in Louisiana if you don’t have the means to support yourself, and you are free from fault as a reason why your marriage was not viable.

A spouse seeking support must prove to the court that the other spouse can comfortably make such financial contributions. After the court determines a “need and ability to pay” under Louisiana law, the judge will consider whether the divorce is a no-fault or a fault divorce.

Types of Support in Louisiana

Interim spousal support is also called temporary alimony, a provisional allowance, or pendente lite alimony (literally translated as alimony pending litigation). These payments help spouses without sufficient current income to survive while a divorce is in progress.  Temporary support is a way to maintain the lifestyle of both spouses’ living conditions to a reasonable extent.

If the spouses’ incomes together do not provide enough money to pay all expenses, the incomes are divided fairly among both spouses.

Periodic spousal support is also known as final periodic support.  This is the most common type of alimony, awarded after a divorce is final.

The primary purpose of periodic support is to give a spouse time to achieve financial independence.  However, a court can order one of the spouses to pay final periodic spousal support until the other spouse dies, remarries, or no longer requires financial support.

Permanent spousal support is available but rarely awarded unless a court determines that one of the spouses needs permanent support after divorce.  This might be due to age, illness, or other factors that make financial independence impossible.

Awarding permanent support means the paying spouse will get spousal support until they die or the other spouse dies.

Alimony and Covenant Marriage in Louisiana

Covenant marriages are similar to regular marriages, except they require more legal steps to ensure that the marriage will last forever. Because more steps are necessary for a covenant marriage, there are also more steps to get out of it. For instance, both parties must sign a Declaration of Intent, which states:

A court may award a judgment of divorce for a covenant marriage, creating the possibility of alimony, under the following circumstances:

If any of these conditions exist, then the alimony process remains the same as it is for a regular marriage.

Read More:  ​​How to File for Divorce in Louisiana

According to Louisiana law, courts may award alimony after considering the following factors:

Suppose the court determines that there was domestic violence or domestic abuse throughout the marriage. In that case, it can then order the abusive spouse to pay alimony that exceeds 30% of their annual income.

Lump sum payments are acceptable if the paying spouse doesn’t have a full-time job but instead has multiple assets. A lump sum payment is appropriate if a spouse wants reimbursement for their financial obligations towards the other spouse’s education or career throughout the marriage. In the case of reimbursement payments, the paying spouse will continue to provide this money even if the receiving spouse gets remarried.

How long does alimony last?

Parties may also agree to do lump sum alimony upon their divorce. That is a contract between both parties to have the payor pay out a specified amount of money to the other party in a single lump sum or payments in an agreed-upon period. This type of alimony ends when the terms of the agreement have been fulfilled.

Read More:  How Retirement Accounts and Pensions are Divided in a Divorce

Louisiana allows a spouse to ask for an initial alimony award even after the divorce decree has been entered. This must be done within three years after the decree is issued.

After an initial alimony award, support can be modified if there has been a big enough change in the circumstances of one or both parties involved.  Some examples of this include an increased financial need or even a substantial change in income that shows a heightened ability to pay.  However, the remarriage of the paying spouse does not count as a substantial change.

Support terminates when either spouse passes away or when the receiving spouse remarries or is considered by a judge to be living in a way that mimics marriage (cohabitating).

Read More:  How to Choose the Best Health Insurance Plan After Divorce

If a paying spouse stops making alimony payments on time, the receiving spouse can take legal action to remedy this situation.

The supported spouse can file a motion for enforcement with the court.  The court will review the facts of the case, and if the court finds that the paying spouse violated the order, the judge may charge the spouse with contempt, which carries with it several penalties, like fines, attorney fees, and jail.

Other legal actions may also be possible, such as placing liens on bank accounts and real property, restricting a driver’s license use, or suspending professional licenses until the paying spouse brings their obligation current.

What if my ex tries to avoid paying by voluntarily quitting their job?

If the payor reduces their income on purpose in an attempt to lower the amount of alimony they are ordered to pay, the court can attribute that potential income to them, regardless of whether or not the payor is earning that potential.  This is known as imputing.  A judge will look at the payor’s past earning history and skills, current job market, and other related factors to determine a dollar amount that the payor should be earning.

How do child support and child custody affect alimony?

Custody of children and child support required between the divorcing parties are two factors that play a huge role in the amount and length of time of spousal support.

If the custodian of the children cannot support themselves due to the children’s ages or the need to stay home and take care of them, it will significantly impact how alimony is determined.

Does cheating have an impact on alimony?

Yes. If adultery happened during your marriage and before you filed for your divorce, that has the potential to be a major influence on whether or not you or your spouse is entitled to an alimony award.

Louisiana law is transparent, stating that supported spouses are only entitled to a support award if:

Courts would prevent spouses from collecting any final alimony if they were found to be at fault for the divorce. So spouses who commit adultery that leads to the marriage breakdown are not eligible for support in Louisiana.

How long do I have to make a claim for spousal support?

The right to claim spousal support expires three years after the latest of the following: 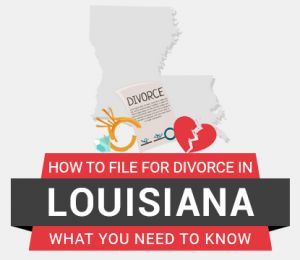 How to File for Divorce in Louisiana 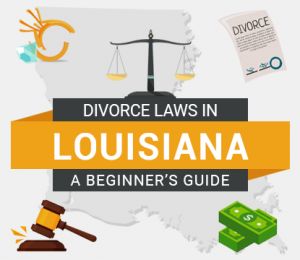 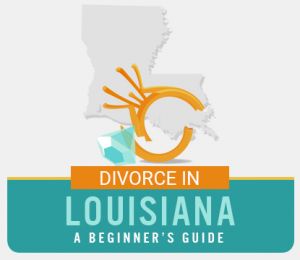