Find out how child custody is determined in Minnesota and how custody orders are modified.

This is a complete guide to child custody in Minnesota.

So if you have unresolved custody issues, this in-depth overview of Minnesota child custody laws is for you. Let’s jump in.

What are the Types of Child Custody in Minnesota?

There are two types of child custody in Minnesota.

Legal custody is the decision-making process regarding essential life choices for minor children. Parents exercise legal custody when they decide on issues such as religion, medical care, schooling, and other major life issues.

Under Minnesota law, there is a presumption that both parents should share in this legal custody, known as joint legal custody. In situations where the parents cannot communicate or abuse has taken place, legal custody may be awarded to one parent (sole legal custody).

Under Minnesota Statutes, a rebuttable presumption is that a parent is entitled to receive at least 25% of the parenting time for the child. The percentage of parenting time can be determined by calculating the number of overnights a minor child spends with a parent or by other similar means.

Parents can share joint physical custody of their children in Minnesota, but it does not mean the children have to spend an equal amount of time in each home.

Courts defer to a parental child custody arrangement regarding visitation. But when parents can’t agree, a judge will create a schedule that considers weekly arrangements during the school year, holiday visitation schedules, and extended or summer visitation.

In scheduling parenting responsibilities, it is generally accepted that younger children require more frequent contact with both parents for a shorter period. As children mature, it is often more stable to have them living in one home throughout the school week to provide greater familiarity and comfort.

If the court awards joint legal or physical custody over a parent’s objection, the court must make detailed findings in its order.

Both parents, regardless of who has custody, have the following parental rights unless a judge takes away any of these rights to protect the welfare of the other parent or the child:

Custody and parenting time issues are decided in many situations above and beyond divorce proceedings. Those include:

In all types of cases, the court will defer to the child’s best interests when deciding on legal and physical custody. The court must use several factors to help reach a fair and just outcome.

And although it’s a common misconception, the courts are not allowed to be biased based on a parent’s gender, meaning mothers and fathers are afforded the same rights and responsibilities.

Courts also have a natural preference toward creating shared custody when possible so that each parent has an ongoing and meaningful relationship with the child unless there is a compelling reason to limit contact. That might include past or present neglect, child abuse, or domestic violence.

There is a strong presumption under Minnesota state laws that physical custody should not be awarded to a domestic abuser. That means a person who has been the subject of an Order for Protection (restraining order) or convicted of domestic assault may be unable to acquire physical custody or get supervised visitation.

Even though the judge will consider the negative impact of allegations of domestic violence on the child, a parent who has committed violence may get custody or visitation. The law says that the judge must consider:

Custody is also impacted in other ways. For example, if a parent or the child has a disability, that is not supposed to be the only factor determining who should get custody.

Also, if a parent is in the military, the judge cannot consider the parent’s past or possible future deployment in determining the child’s best interests.

Sometimes, the court will order a neutral private evaluator to conduct a custody and parenting time evaluation. These usually take three to six months to complete. The evaluator will make recommendations to the court, and the court usually follows the guidance.

Do I need to attend a parenting education class?

When parents dispute custody or parenting time in court, the law requires parents to attend a parenting education class. Depending on the circumstances, the judge may also order that the children attend a class.

Child support is determined based on the gross monthly income of both parties and other expenses such as daycare costs and medical insurance costs. The parenting time of each parent is also a factor.

There are three child support tiers related to parenting time percentages in Minnesota:

What about getting temporary orders?

Temporary orders cannot be brought before the court until the parties attend their county’s required Initial Case Management Conference (ICMC). After the ICMC, the parties can decide to enter the Early Neutral Evaluations (ENE) program.

This is similar to mediation but broken into child custody/parenting time and financial ENEs.

A temporary order can be in place for a few months or years, depending on how quickly a custody battle and divorce move forward. They can be modified if necessary.

Read More: How to File for Divorce in Minnesota

When parents can’t agree on who will have physical custody, the court must make that decision instead. A judge weighs several factors set out in Minnesota Judicial Branch Statutes under Chapter 518, and any other facts deemed relevant to the issue.

The statutory factors include:

Read More: The Psychological Effects of Divorce on Children (and How to Help Them Cope)

What to Know About a Minnesota Child Custody Parenting Plan

A parenting plan is a detailed set of instructions and rules both parents must follow governing custody of a child. Parents can create plans on their own, with the help of a mediator, or the court will create a parenting plan when there are unresolvable disagreements.

How Do I Modify a Minnesota Child Custody Order?

Under Minnesota law, custody can be modified when:

If your current orders no longer meet your family’s needs, you can request a review from the court. However, the court favors stability for children, so the law carefully monitors a parent’s request to change the order. In all cases, the default remains what the best interests are for the child.

Per statute, unless both parents agree, the court won’t modify custody or parenting time unless at least one year has passed since the court issued the original order. Also, if the court hears a motion to modify, you can’t ask for another modification until at least two years after the prior motion.

These time requirements are waived if the judge finds a persistent and willful denial or interference with parenting time, or the court believes the child’s present environment endangers the child’s physical or emotional health or impairs emotional development.

What is a Guardian ad litem?

Minnesota has a formal Guardian ad Litem (GAL) Program that aims to give abused and neglected children a strong voice in the state’s court system.

The Program provides advocates who represent the best interests of abused and neglected children independent of the court and the child welfare system. GALs are professional paid staff or volunteers appointed by the Juvenile or Family Court to represent children in court proceedings. The GAL is assigned as an advocate for the child during the court process.

Courts often turn to GALs, a child psychologist, or a custody evaluator to provide independent counsel. Recommendations must be given in writing and made available to counsel upon request.

A Guardian ad Litem is not a legal guardian, has no control over the person or property of the child, and does not provide a home for the child. The GAL also does not function as the child’s attorney or provide direct services to the child.

GALs conduct interviews and observe the children and significant people in their lives. They review social service, medical, school, psychological and criminal records, and reports. They attend meetings with the other professionals involved with the children and their families and monitor court-ordered plans to ensure the children’s best interests are met.

Are there rules about moving with a child to another part of Minnesota or out of state?

A parent who is a residential parent must bring a motion before the court requesting permission to move. As with all other custody decisions, the parent will need to show that the move is in the child’s best interests.

If the other parent has court-ordered parenting time, the residential parent must get their permission or a court order allowing them to move with the child. The court considers several factors, including the child’s age and how the move would impact them, the relationship with both parents, and how the relationship with the other parent could be maintained.

Who would have custody if the other parent and I were never married?

Do children have a say in custody matters?

To some degree, yes. A child’s wishes are taken into account on a case-by-case basis.

Generally, a child can express a preference when that child has reached a suitable age and maturity level. However, most courts do not place much weight on a child’s preference before the child turns 12. Even at that age and older, the child’s preference is only one factor out of many for determining custody.

What about grandparents and visitation or custody rights?

It may be possible for someone other than the biological, adopted, or legal parent to obtain third-party custody of someone else’s child. Most of the time, this occurs when both biological parents are unfit, perhaps due to child abuse, substance abuse, or neglect.

That can be a complicated and emotionally charged issue, and it’s often best to consult with an experienced family law attorney before moving forward.

What can I do if the other parent isn’t following the court-ordered parenting time schedule?

You have several options when the other parent isn’t following a court order, including mediation, filing a motion with the court, or going through alternative dispute resolution processes.

You can seek a Parenting Time Assistance Motion to ask the court to change a parenting schedule, enforce an existing schedule, or ask for makeup parenting time. You can also ask for changes in how the children are transported and exchanged, for the other party to pay you back for court fees and costs or expenses related to denied parenting time, or to pay the court a civil penalty of up to $500.

If the court finds the other parent has denied or interfered with court-ordered parenting time, this may be a basis to ask for a custody change. 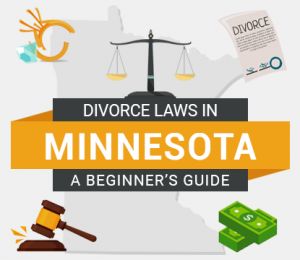 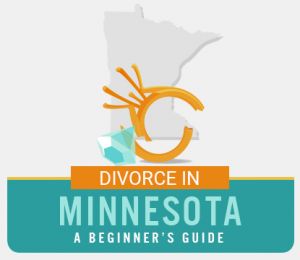 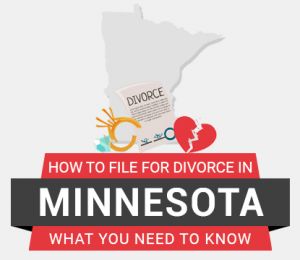 How to File for Divorce in Minnesota