Learn how child custody is determined in New Jersey and get answers to other common custody and visitation questions.

Jan. 15, 2023
Survive Divorce is reader-supported. Some links may be from our sponsors. Here’s how we make money.

This is a complete guide to child custody in New Jersey. We’ll cover:

What are the Types of Child Custody in New Jersey?

New Jersey’s public policy is that children have frequent and continuing contact with both parents. Based on this and the best interest of the child standard, a judge may order any of the following types of custody options:

This means both parents make major decisions regarding the child’s health, education, and general welfare. It is different from day-to-day decisions, which are generally up to whichever parent the child is physically with at the time.

Sometimes parents agree to share legal custody over some matters but not others. For example, they might decide that only one parent will be involved in major educational decisions, but both will participate in all other significant decisions.

Joint legal custody is very common in New Jersey, even when the child primarily resides with one parent. It is the preferred outcome of custody cases.

Further, if the other parent is incarcerated or incapable of making decisions for your child, then the court is unlikely to award joint legal custody.

This is when the child lives with each parent for a period of time, but it doesn’t necessarily mean that each parent has equal time.

A parent who provides a residence for the children for more than 50% of overnights per year or, if sharing is equal, provides the home for them while they’re attending school is referred to under New Jersey law as the Parent of Primary Residence (PPR). The other parent is the Parent of Alternate Residence (PAR). These designations are critical because they can affect child support calculations.

If parents are at odds regarding who should have primary physical custody, then the court will have to decide. The court looks at various factors when making this decision, such as which parent lives in the child’s school district, which parent has been the child’s primary caretaker and other related factors.

Sole physical custody usually results in “visitation” rights, which is the ability of non-custodial parents to spend time with their children. New Jersey courts prefer “parenting time” to emphasize that a non-custodial parent has a critical parenting role beyond just visiting with a child.

The other parent will likely still have scheduled parenting time unless visitation would not be in the child’s best interests. (i.e., domestic violence, abuse, or neglect)

How is Child Custody Determined in New Jersey?

To start a custody case, you must file an application with the family division in the county where the child lives.

If the child lives out of New Jersey, generally, the court where the child now lives would have jurisdiction, and you would file there. Determining appropriate jurisdiction is the first step.

Courts prefer parents to work out custody issues on their own, but often, this isn’t possible. When that happens, the court will set a trial, hear evidence and decide custody issues based on what is best for the child.

The role of mediation

Mediation is a collaborative process by which parents attempt to reach an agreement relating to custody and visitation of their child. With the help of a trained professional, parents try to compromise with terms agreeable to both parties. However, the mediator cannot force you to agree to something you don’t want.

What is the Parent’s Education Program?

When you file for divorce in New Jersey, and there are custody and visitation issues related to your child, a judge may make you attend the “Parent’s Education Program.”

This program addresses issues about how separation or divorce will affect you and your child and encourages you to work together to raise your child.

The role of court investigators and GALs

The court can also order the Family Division to investigate child custody issues. This custody inquiry will look at:

If the court determines a child needs someone to represent their interests, it can appoint a guardian ad litem (GAL). This attorney will interview the children, parents, and other people with pertinent information. The GAL can gather evidence and obtain relevant documentation. The GAL will submit a report to the court with findings and recommendations.

What constitutes an unfit parent in a custody case?

New Jersey custody laws state that the court may deem a parent to be “unfit” if they:

How do I get custody of my unborn child?

The court will not address custody of your child until they are born. However, you can use the time before your child is born to discuss with your child’s other parent the kinds of custody arrangement or parenting time plan that will most benefit your son or daughter.

How do I get emergency custody of a child?

If a child is in danger or may suffer harm, file an emergency application called an Order to Show Cause in the county where the child resides. A judge will see you the same day, and you must prove the child will suffer immediate and irreparable harm.

Grandparents or other family members have the burden of proof that visitation is in the child’s best interests. They must present evidence that visitation is necessary to avoid harm to the child, such as due to gross misconduct, neglect, unfit parent, or other exceptional circumstances. The court must also consider factors such as the relationship between the child and grandparent and the biological parents’ desires.

However, in New Jersey, courts strongly prefer the parent if there is a custody fight between a parent and a non-parent.

Factors a New Jersey Judge Must Use to Decide Custody

New Jersey courts make all child custody decisions based on the child’s best interests. Because each case is different, that “best interest” standard can vary from case to case. New Jersey lawmakers have established a series of factors to guide courts to assist judges in reaching the best possible decision. Some of these factors are:

What is a Child Custody Parenting Plan?

A parenting plan agreement is a mutually agreed plan that details when the child will be with each parent. If the parents can’t agree on a parenting plan, the court will order them to enter into mediation with a neutral third party.

Courts and mediators can use some or all of the following information to determine what will ultimately be best for the child:

Parenting plans also cover transportation, holiday and vacation issues, emergency decisions, communication with the child by each parent, and other specifics to ensure a smooth and functioning flow between parents.

You can modify a child custody order through a consent order or by filing a motion.

If parents agree on the changes that should be made, they can present this agreement to the court to modify the existing court order. The judge will review the deal, decide if it is in the child’s best interests, and then approve, deny, or further modify the agreement.

When parents disagree with the proposed change, the parent who wants to change the existing order can file a motion with the court to modify the order. The parent must be able to show a substantial change in circumstances.

Possible examples of a substantial change may include:

Does New Jersey favor mothers over fathers in custody cases?

New Jersey child custody laws provide that both parents must be considered on equal footing when it comes to a custody determination. However, courts still give weight to the “tender years doctrine” and skew that factor in favor of mothers.

What are the rules about moving to another part of New Jersey or out of state?

The Parental Kidnapping Prevention Act is a federal law designed to protect custodians and their children from unilateral removal of the child or children to another state. By creating uniformity nationwide, the law allows the states to assist each other in these types of custody situations.

If a parent wants to move and has primary custody of a child, they must get approval from the other parent and show the court that the move is ultimately in the child’s best interests.

The court will still need to review and approve the request to ensure everything is in order.

Quite possibly, yes. Support is based on each parent’s gross income, and while shared custody may impact the amount, child support is paid in the vast majority of cases.

Does the court consider what a child wants in a New Jersey custody case?

It depends. Some judges will consider the children’s desires depending on their age and credibility.

Generally, if the child is over 12, their wishes are given more weight. However, a judge will make the final custody decision based on what they believe to be in the child’s best interests, regardless of the child’s preference.

According to New Jersey family law, a child can only truly choose which parent to live with once they are emancipated or reach the age of majority at 18. 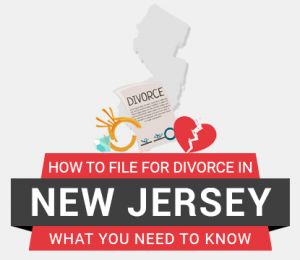 How to File For Divorce in New Jersey 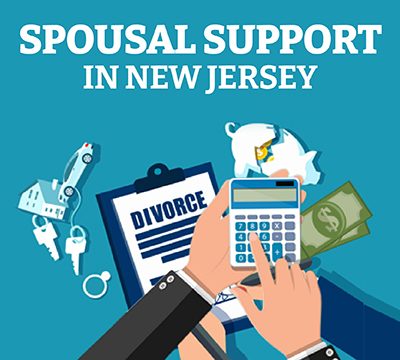 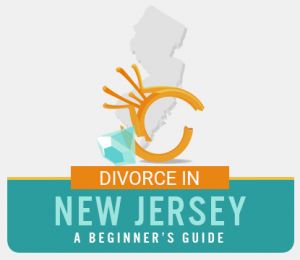